What is the first image that comes to your mind when you hear “a cruise ship”? Probably a big white boat somewhere in the middle of the ocean. And it’s true. But there is much more to it than that.

Cruises are masterpieces of contemporary engineering, and each ship is its own specific ecosystem of staff, tourists, and amenities. Here are some details about cruises you probably never heard of before. 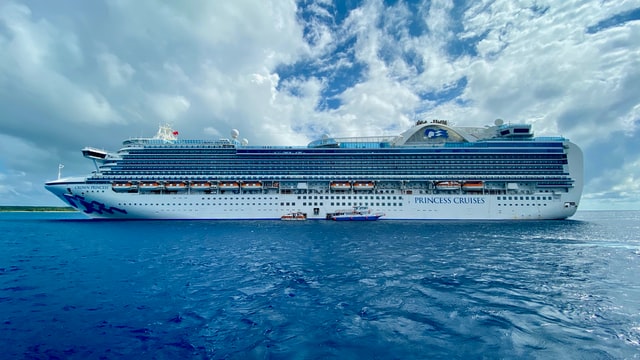 Staying in the sea for too long can be scary for some people. Especially if they saw the movie Titanic too many times. In order to help their passengers get rid of the sailing fear, most cruise companies omit the number 13 as much as possible. For example, the 13th deck is always labeled as 14th. So, elevators will take you to either the 12th, 14th, and 15th deck, but not to the 13th.

If you ever got a chance to travel on a cruise, you might have noticed that there was a meeting or gathering for “friends of Bill W” or “friends of  Dorothy”. This might confuse those who are new to cruises. Who are Bill and Dorothy? Are they celebrities? Members of the staff?

The answer is: neither. Bill and Dorothy don’t actually exist. The term “friends of Bill W” refers to Alcoholics Anonymous. On the other hand, “Friends of Dorothy” refers to gatherings of the LGBT+ community. The phrases were made up to protect the privacy of their gatherings on the ships.

Cruisers Sail on Lakes and Rivers Too

Although your first association was probably the ocean or a sea, cruisers can sail on lakes and rivers as well. For example, taking a cruise tour is among the most exciting things you can do in Big Bear Lakes. On the other hand, going on a cruise trip on the Danube is once in a lifetime experience for many Europeans.

The Passengers Swim in Pools Filled with Seawater

Unlike hotels and resorts, whose swimming pools are filled with cold, chlorine water, most cruises use natural water. As you can imagine, the system that pumps seawater into the cruise pools also filters and sometimes desalinates the water.

In such a way, the system cleans the water from dirt and sand, ensuring maximum hygiene and safety for the passengers.

Cruise Isn’t Only About the Sea…

If cruises were only cruising, it would be boring, right? After all, travel is about interesting experiences, beautiful pictures, and interaction with other cultures. Not only looking at the endless sea all around.

Therefore, a common cruise package includes stops at interesting places along the shore. For example, apart from Miami, Santa Barbara is one of the most popular cruise stops in the U.S. When they arrive at Santa Barbara port, tourists usually take their time to visit the city, enjoy its best restaurants, or visit historic places such as Santa Barbara County Courthouse.

Scientologists Have Their Cruise Ship

Somewhere in the waters around Aruba and Curacao, sails a cruise ship entirely owned by Scientologists. It is named Freewinds, and is not the leisure and party place cruise ships usually are. Freewinds provides privacy for this religious community to train the highest level preachers of their congregation.

You Can Permanently Live on a Cruise Ship

Although it might sound too good to be true… it is true. The trend of permanently settling on a cruise ship is a growing one. Some people go there to spend their retirement days, while others simply prefer to buy themselves a cabin and live in no man’s waters than investing in land real estate.

One of the most popular stories told by famous comedian Bill Burr is about cruise ships. According to a joke told in his Walk Your Way Out special, Burr suggests that sinking cruise ships would be an “easy” solution to the population problem. In reality, the comedian represents the voice of the critics, who point out the less convenient sides of traveling on a cruise: poor internet, superficial cultural contact, and, in some cases, gaining weight.