The Cattle Egret is a cosmopolitan species of heron. These guys are found all over Central America and in Costa Rica, they can be found in the Manuel Antonio National Park. So let’s learn more about them so that you know what you are seeing when you do and can help others traveling with you understand how special these birds are for bird watching.

As we have discussed many times, Costa Rica is one of the best places for wildlife in the world. You can find many national parks and many animal’s species in Costa Rica. 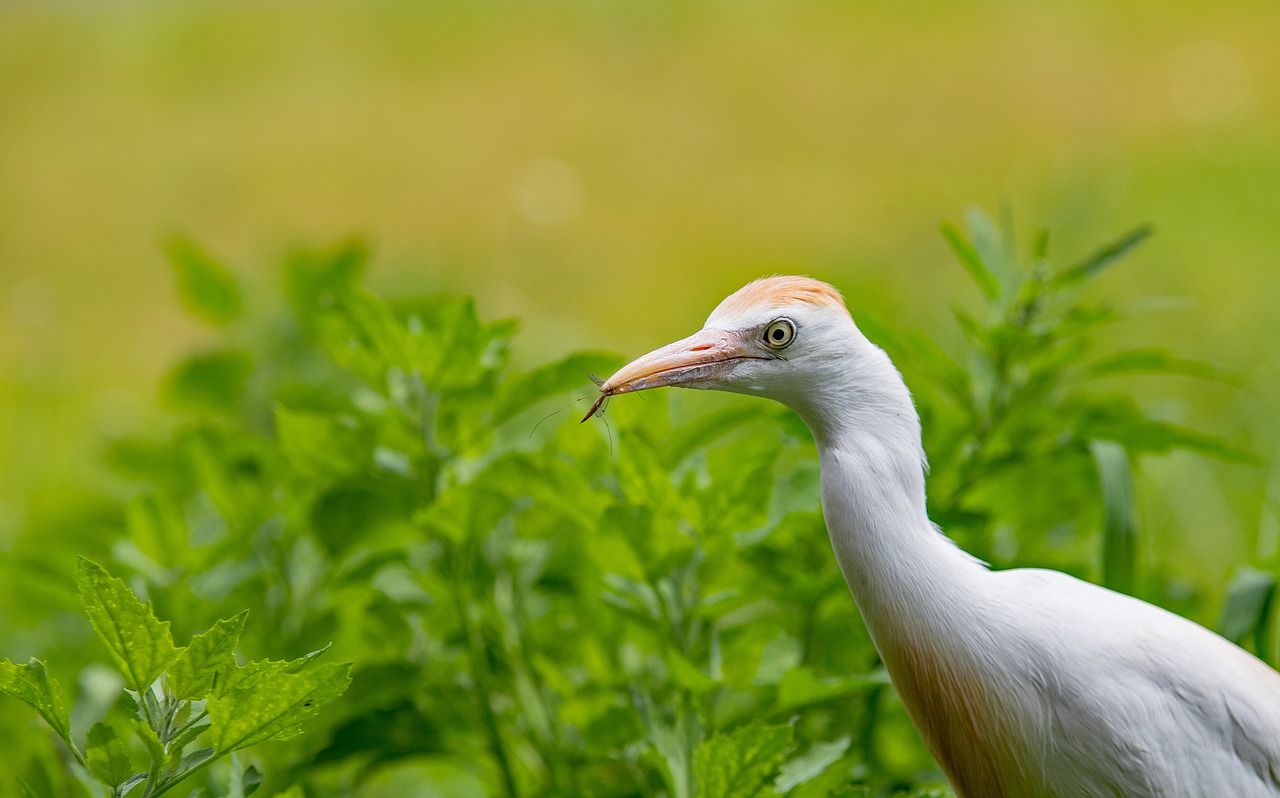 1. The Cattle Egret are carnivores and feed on a wide range of prey, particularly insects like grasshoppers, crickets, flies, and moths, as well as spiders, frogs, and earthworms.

2. Life span in the wild is unknown. But cattle egrets at Woodland Park Zoo have lived a little more than 10 years, and the oldest one known to data lived 17 years.

3. Some populations of the Cattle Egret are migratory, but others only show post-breeding dispersal. In Central America, you can find them all year round.

4. They can be found in the tropics, subtropics, and warm zones from Central America. They got the Cattle part of their name because you will find them in agricultural areas that are near wetlands.

5. The cattle egrets daily routine is to leave their roost at dawn to seek food and fly in long, crooked lines. As night approaches, they return to their roost. Because of that, you will get better chances of seeing them as the sun goes up or down because that is when they move.

6. The Cattle Egret is a colonial bird, the nests are often, but not always, found around bodies of water. So, if you are near a body of water, look closely at the trees. You might see some of them on their nests. 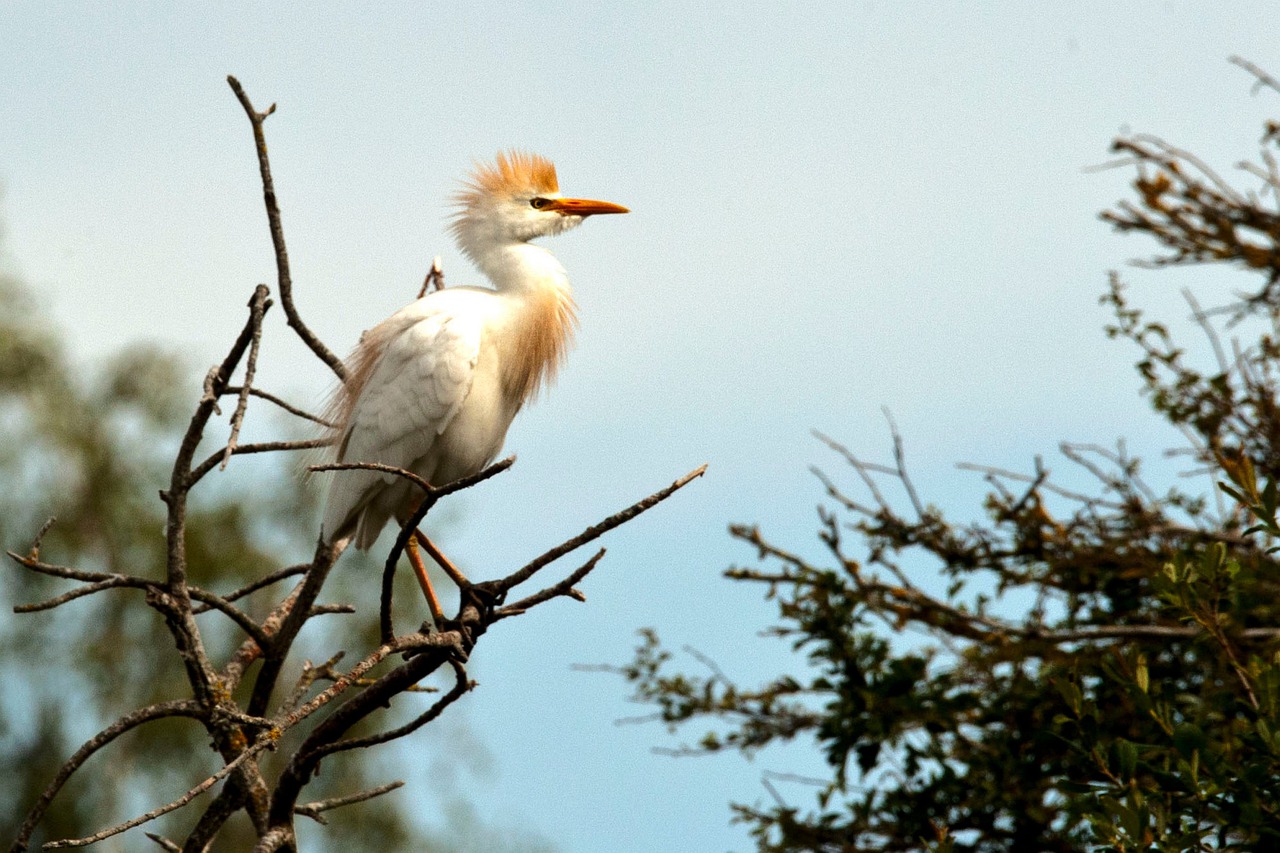 7. In the breeding season the male displays in a tree in the colony, using a range of ritualized behaviors such as shaking a twig and raising its bill vertically upwards, and three or four days later he gets a couple.

8. Its global population is estimated to be 3.8 – 6.7 million individuals. This means they are in the Least Concern group. On the other hand, the expansion and establishment of the species have led it to be classed as an invasive species.

9. What’s more, cattle egrets are native to Africa (you can expect to see them while doing a Safari in Africa), and scientists aren’t sure about how they got to South America, but they did and spread throughout the whole continent.

10. The reason why they are found near cattle or other animals, is because they get easy food that way by eating all kinds of bugs that plague them. In other areas of the world, it can also be seen as a company for camels, ostriches, rhinos, and tortoises.

How many of these did you already know? Did I forget anything fun and interesting? I’d love to know in the comments. 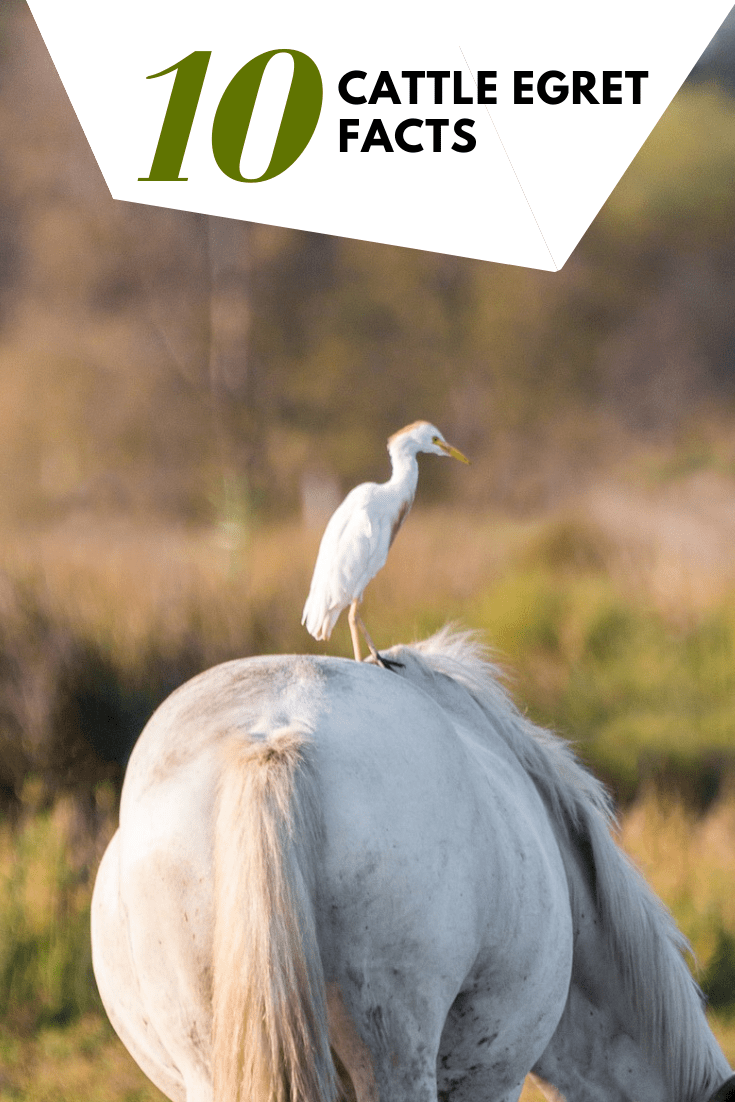