Explore London and Find the Seven Noses of Soho 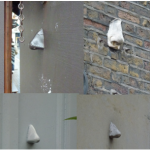 The cosmopolitan city of London is a bustling melting pot of cultures that can be seen in all of its famous neighborhoods from Camden Town and the East End to Soho. Each area has a unique personality and they provide visitors with a different viewpoint of the capital city that showcases the diverse nature of London. Soho is one of the most fascinating and distinctive parts of the city. It is famed for its wild nightlife, inimitable restaurants and its embracement of modern life in an old area.Explore London – Four places that every traveler should visit while exploring London – UK.In this blog post you will get those.

4 Places to Visit while You Explore London 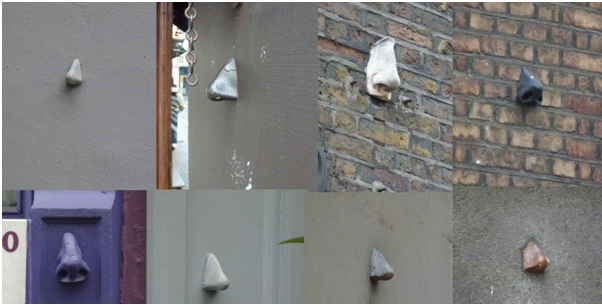 Chinatown
Head to China Town and grab a taste of the east. This area offers an interesting diversion from the more modern parts of London and it embraces its historic roots by lining the streets with colorful lamps paired with the undeniably delicious smell of Asian food, which wafts through the air on every street corner. China Town is home to more than 80 eateries, and the market stalls provide a great way to spend an afternoon exploring.

Charing Cross
As a popular tourist hub, Charing Cross is always a hive of activity. There’s the main tourist attractions such as Trafalgar Square, the Sherlock Holmes pub and the huge gates that lead into Whitehall Place but there’s also plenty to see here that is lesser-known including the Charing Cross Theater, which can be found down Villiers Street under a beautiful archway.

Fitzrovia
Pollock’s Toy Museum boasts a traditional English vibe, playfully colorful décor and it features a variety of fun artifacts, toys, games and props. Fitzrovia is also home to the Grant Museum of Zoology and high-end boutique art galleries, which give this peaceful area a prestigious atmosphere.

Leicester Square
Arguably the most famous part of Soho is Leicester Square, with its night clubs, bars, restaurants and theaters – it’s always buzzing and alive. The National Gallery is located close by, as is Nelson’s Column, and Leicester Square is part of the famous West End area that is known for its entertainment offerings.

There are lots of fun things to see and do in Soho that are unique to the area including visiting the “Seven Noses of Soho” display, which features seven different noses that have been put up around the area. According to legend, anyone who finds the “seven noses of Soho” will attain boundless wealth and there is even a bonus ear to find on this unusual treasure hunt. Along with the area’s attractions, there are also plenty of place to stay in Soho from hotels to apartments and this is perfect for anyone planning on exploring the area’s nightlife.