Many people enjoy going on fishing trips, whether for leisurely and relaxing purposes or to acquire fish to eat that is fresher than the fish stock at their local supermarkets. Some even do it as a sport for the Adrenalin rush! There are several types of fishing that people like to partake in such as ice fishing, saltwater fishing, freshwater fishing and fly fishing.Six of the most exciting Kinds of Fish To Catch. Is your favorite one in this list?Take a look at this Kinds of Fish To Catch.

But what kind of fish can you expect to catch on these trips? Read on for the most exciting kinds of fish you should try to catch on your next fishing trip, whether it’s to your local lake or deep-sea fishing. It’s a good thing to have a fishing organizer! 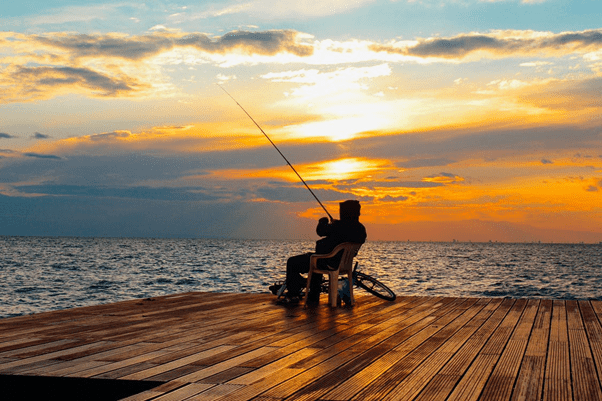 Most Exciting Kinds of Fish To Catch

An interesting type of fish to catch when on your fishing trip is the Coho Salmon which is often called the Silver Salmon because of its famous shiny silver color. During prime salmon fishing season, which typically spans from September to November, Coho salmon can weigh up to a whopping 15 pounds. You can usually find these fish if you take a fishing trip to your local river, coastal stream, or reservoir. Silver salmons are typically popular catches for Commercial fishers so you can often find them in large quantities in supermarkets in the seafood section.

Yellow fin tuna are another type of exciting fish that you can catch while on your fishing trips. They are deep water fish that are found in many locations around the world in warm waters. A social type of fish who live in tribes, you can often find them feeding in groups on the water’s surface. When fishing for Yellow fin Tuna, you can bait them with fish like sardines, mackerel, squid, and crabs but be careful not to make the bait size too small as this can sometimes make the fish hard to latch onto. This is because Yellow fin Tuna have a high pulling strength and therefore need to grab onto something big so that you are able to pull them in. When you try to pull the tuna near the fishing boat, they often turn sideways and swim around in big circle motions, making catching them an often tedious, though satisfying, process!

Another popular and interesting kind of fish people like to catch are King Mackerel, also known as Cavalla and Sierra. They are iron grey and silver-colored fish that grow very fast to a size of 5 and a half feet and up to 100 pounds. King Mackerel can usually be found in the shallow waters of the Atlantic Ocean, from Massachusetts to Brazil, that have many small tribes of fish in them. There are two stocks of King Mackerel: the first stock existing in the South Atlantic Ocean and another one in the Gulf of Mexico.

Freshwater trout is an additional exciting type of fish you can try to catch on your fishing trip. They are typically raised in hatcheries then placed directly into bodies of water every season, making them almost always highly available. Therefore, you should have no problem identifying freshwater trout if you look in the right places. Freshwater trout typically live in colder aquatic environments with moving water in them like creeks, deep water lakes, and mountain streams that are at high altitudes. You can also locate them in lakes and in water bodies in the woods where other animals are also present as these animals like to feed on them. Examples of freshwater trout include Rainbow Trout and Cutthroat Trout.

An intriguing type of fish to catch is the Red Bass fish, which some also call the Channel Bass or the Red Fish. It is also often known as the “snapper” fish and can be quite a challenge to fishers as it is known as one of the toughest species of fish to catch. This type of fish can be typically found on coastal islands and in water bodies in mainlands that don’t have any human contact. They can additionally be found in reefs, shallow corals, bays, and lagoons that are sheltered. 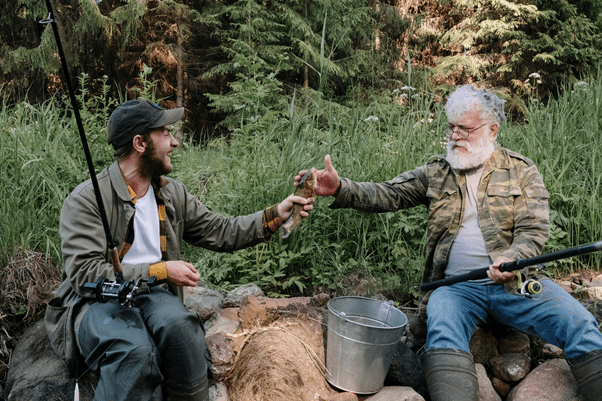 Red Bass can be lured in with a variety of artificial and natural baits such as shrimp, mud minnows, and mullets but it is recommended to use lures better than bait as the fish is known to be pretty aggressive and takes pleasure in chasing its prey around so may not be attracted to immobile baits. Red Bass fish can grow up to 10 pounds but aren’t suitable for consumption as the deep red colored flesh can cause ciguatera poisoning. That is why it is considered a sport fish rather than one with commercial value.

Finally, Grouper Fish is an exciting type of deep seawater fish to look for on your fishing trip. They are usually located in warm oceans but can also sometimes be spotted in the shallows. These fish are either green or brown colored but there are also black and red grouper fish variations that can be caught. Nonetheless, whatever kind of Grouper fish you try to catch, they are typically considered a bit difficult to reel in because of their larger sizes and because they tend to dwell on the bottom of deep waters. However, if you are willing to stand your ground and try to catch a Grouper Fish, they are often captured by throwing them chunks of dead bait!

To get the most out of your fishing trip, you should first choose the type of fish you want to catch and then learn more about them, where they live, and how to best catch them. However, you should make sure that the fish you want to catch doesn’t need a license to do so before your trip so you don’t get in any trouble! From King Mackerel to Freshwater Trout to Grouper Fish, hopefully, this guide can broaden your horizons about the exciting fish available to catch so that you don’t have to keep catching the same kind of fish over and over again! Happy Fishing!