Drinks in Russia: What Do People Really Drink?

Vodka is to Russia as Bourbon is to Kentucky. It’s one of those signature images we’ve come to associate with the country, its people, and its culture. Indeed, Russia is one of the top 5 consumers of alcohol worldwide and many Russian people boast a remarkably high tolerance for the stuff. But in a country spanning over 6.6 million square miles, it should come as no surprise vodka is far from the only choice when it comes to libations. We set out to find what drinks are really popular among Russians today and what drinks have been popular in the past. Seven things that Russians drink and why you should try them if you are ever in the country. Check this out to learn about Russian drinks. 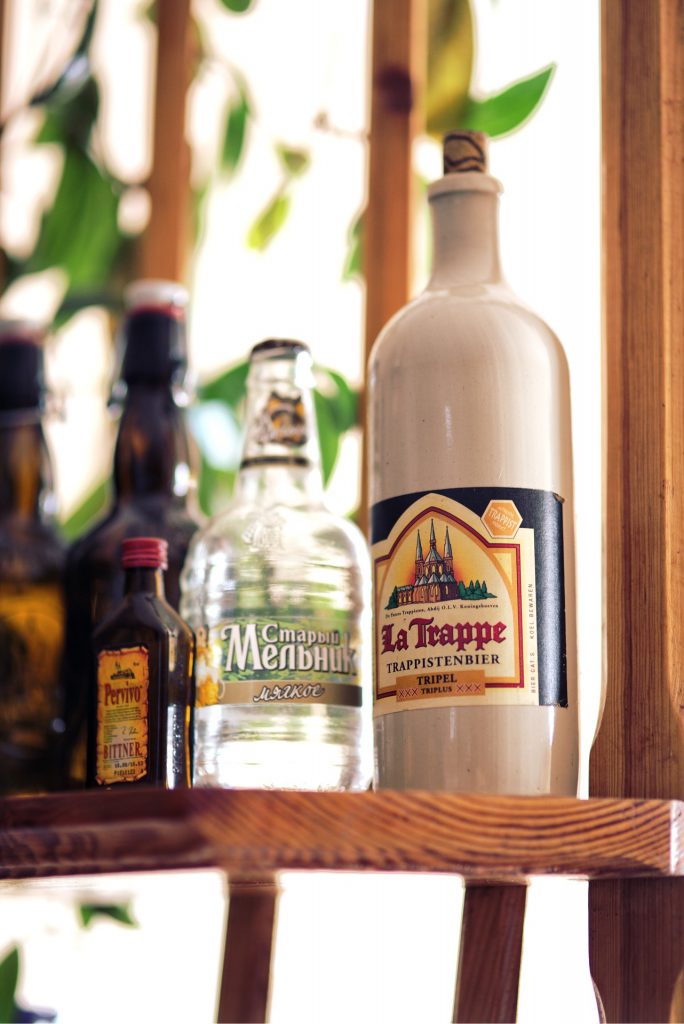 Traditional and Popular Drinks in Russia

Traditional Krushon is created by mixing champagne, brandy, and summer seasonal fruits and pouring the mixture into a hollowed watermelon, then letting it chill for several hours. There are several variations. Some, like this one from Lehka Foods, forego the brandy.

Kvass has been a traditional Russian beverage for centuries. The first recorded mention of kvass dates back to 989, when Prince Vladimir of Kiev wrote “distribute food, honey, and kvass to the people.” The drink likely originated elsewhere, however, as a similar beverage was described by ancient Egyptians and Babylonians. It’s a fermented beverage usually made from rye bread, with a negligible alcohol content of around 0.5 to 1 percent. It’s said to be rich in nutrition and healing properties.

Hawthorn liquor is sold in pharmacies as a medicine to soothe the nervous system. For medicinal use, you would typically consume a dose of 20 drops. However, because the liquor is so cheap, those who can’t afford more expensive standard alcohol have taken to drinking it recreational. As a point of comparison, a bottle of vodka usually costs around 100 rubles, while a bottle of hawthorn liquor can be purchased for 10-20 rubles, no prescription necessary.

Glintvein is a wintertime favorite in many Russian households. This warm, spiced wine can be found in cafes, bars, and restaurants, though most Russians opt to make a batch at home instead. The process involves mixing red wine (any variety will do) with cinnamon sticks, diced apples, orange peel, orange slices, and sometimes nutmeg. The mixture is heated and left to sit for a few minutes before serving. Like a few of the other drinks on this list, Glintvein is heralded as a medicinal to help ward off cold and flu.

Of course, no list of Russian drinks would be complete without vodka. It’s common fare at restaurants, bars, and family homes alike, though also relatively expensive. It’s the go-to drink for any toast, and two pre-meal shots are customary at dinner gatherings. However, cocktail drinks like the Moscow Mule seem to generally be more popular in the U.S. (its country of origin) than in Russia. Vodkas come in a bevy of varieties and are served either plain or flavored with fruit or herbs. Regardless of the mixture, though, it’s always served chilled. Along with internationally well-known brands like Absolut, some of the more popular brands include Zubrovka, which is made with a kind of grass, Ryabinovka, which is steeped with rowan-tree berries, and Pertsovka, made with hot pepper.

Feeling thirsty? If you’re not planning a trip to Russia any time soon, not to worry. Many of these concoctions (and more) can easily be made right in your own home! Check out some mouth-watering recipes here, here, or here. Have a favorite Russian or Russian-inspired drink of your own? Share it with us in the comments!