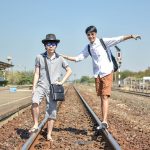 It’s stressful, isn’t it? You bought your ticket weeks, or months, ago, and you’ve been ready for a few days. You show up at the airport, and then it hits you: what if you’re late for your flight?There are many ways that travel can impact your life. both good and bad, this article focuses on the bad impact on travel health.

Everyone stresses out it. But, there is some evidence that there’s more to flying than just stress. Frequent fliers may also be at an increased risk for health problems. Here’s how to deal. 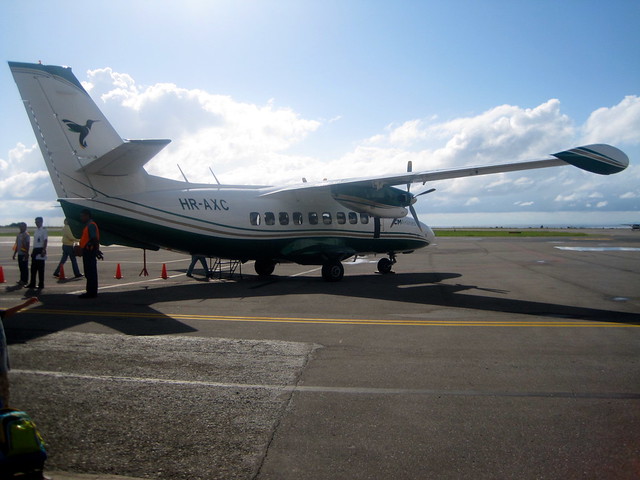 It doesn’t matter whether you’re in first class or coach. The reality is that those air-recirculation devices on planes re-circulate air from all over the plane. Everyone that’s on a long-haul transatlantic flight is breathing the same air for hours. Not only does this expose frequent fliers to germs more often, but the jet lag can also wreak havoc on their immune systems.

It can actually switch off genes that are linked to the immune system, according to some researchers. This means that frequent fliers aren’t as able to fight off diseases or illnesses.

Being Out Of Shape

Frequent fliers are often, but not always, out of shape. Because there’s only one thing you can really do on a plane (sit), you’re spending a lot of time eating fast food and prepared meals that are made for convenience sake, not because they’re healthy. But, with more salt and sugar in food from the airport, and aboard airplanes, you’re making your body work harder to process that food and derive nutritional benefit from it.

Poor diet and a general increase in alcohol consumption (frequent fliers tend to drink on the plane more often) can lead to a dampened immune system over time.

This also puts extra stress on the liver and pancreas. And, it increases the risk for obesity.

Because there’s a serious disruption of the circadian rhythm, frequent travelers often suffer from mood, judgment, and concentration problems for up to 6 days after they change time zones. The cumulative effect of stress and the jet lag often lead to “travel disorientation.”

This can have a serious, long-term, effect on the traveler’s health.

When this cycle gets messed up, travelers can’t function at 100%.

Not only that, frequent travelers often feel lonely and isolated, which sometimes turns into guilt for leaving family members and friends behind. Their spouses often feel resentment too, and possibly anger, which is buried and never shown to others. It can lead to serious mental health issues for people who are gone for long stretches of time.

How To Fight Against The Fatigue And Negative Affects

Before you tear up your frequent flier miles, it’s important to understand that short trips don’t have the same effect as long ones. If you only travel once or twice every few months, you’re probably less likely to develop health problems.

Catherine Richards, a staff scientist at the Hutchinson Institute for Cancer Outcomes Research and adjunct assistant professor at the Department of Epidemiology of Columbia University has linked extensive business travel to serious and chronic health problems.

According to Richards, 14 days per month or more of travel has negative health effects. Richards also found that frequent and extended travel was bad for BMI (body mass index), saying that, “We found that heavy travel was bad for self-reported health, obesity, and BMI. When I say robust, I mean that there was a significant increasing trend for these health outcomes with increasing nights spent away from home.”

There is also some evidence that flying is bad for your teeth. The Effects of Flying on the Health of Your Teeth demonstrates the effects of frequent flying on oral health.

One way to fight against the negative health effects is to reduce your travel schedule.

If you can’t do that, you should consider spending more time between flights working out and staying healthy. Change your diet, and start working out with heavy weights. Using a progressive system, like that found in Starting Strength, you can build up strength and combat the negative effects of sitting all day on the plane.

Switching to a whole foods diet, and bringing food with you on trips, might also help. Avoid eating at fast food places in the airport. When possible, eat more salads, vegetables, and focus on lean meats.

Spend time walking as much as you can between flights, and even to the plane. Rather than take the moving sidewalks, which are common in many airports today, walk from one gate to the next. You’ll get in some exercise, and this is a good thing.

Finally, get more sleep. People who sleep more than 8 hours per night often live healthier lives. That’s because hormones, like melanin, help kick-start the body into “repair mode,” so that you can recover from the day’s stresses.

Jessica Giles is a fitness instructor. She writes about what she has learned to help everyone live healthier. Look for her articles on many health and fitness websites.