Welcome to part two of Costa Rica wildlife! This is a list where I share with you information about the different animal species you will find when traveling to this amazing Central American country. If you missed it check out Costa Rica wildlife #1.

1. Scarlet Macaws: These are tropical, colorful birds that can reach a meter long. The best places to find the Scarlet Macaw in Costa Rica is Carara National Park and the Osa Peninsula.

2. Jaguars: The Jaguar is the 3rd largest feline after Tiger and Lion. They live mainly in dense forests. Besides Guatemala and Belize, Corcovado National Park, Costa Rica has one of the highest Jaguar populations you will ever find in the world.

3. Tayras: These animals are also known as Perico ligero. It is part of the weasel family and thrives in Corcovado National Park. They like to eat fruit, carrion, small mammals, reptiles and birds.

4. Biard’s Tapir: They are one of the largest mammals of the Corcovado National Park, the Biard’s Tapir, was named after the American naturalist Spencer Fullerton Baird who traveled to Mexico in 1843 and observed the animals. 5. Crocodiles: American Crocodiles are considered to be one of the most perfect creatures in the world when it comes to hunting and surviving. Besides being the most biologically complex reptile. Another interesting thing is that they have the strongest immunity system of all creatures. They can be found in Jaco’s Tarcoles River, Costa Rica.

6. Collared Peccary: Collared Peccary is the only wild, native, pig-like animal that you will smell before you see it! They live near water systems with plenty of shade because they are unable to evaporate moisture through panting to prevent overheating. They can be found in Corcovado National Park and Monteverde Cloud Forest, Costa Rica.

7. Fer de Lance: This is the deadliest snake in Costa Rica and Central America. Found mainly in the Rain Forests of Costa Rica, especially Corcovado National Park, it also thrives and isn’t shy in areas inhabited by people where large rat populations exist.

8. Humpback Whale: Humpbacks can be found in all the oceans of the world, however they choose to come to the tropical waters, off of Drake Bay and Corcovado National Park, during winter for breeding and birthing baby whales.

9. Margay Wild Cat: At one point this beautiful little wildcat used to be found everywhere in Costa Rica. It was considered least-likely to be endangered, but unfortunately it isn’t immune to the human effect. Now a days you can find then in Corcovado National Park.

10. Pacific Spotted Dolphin: One of the most intelligent mammals of the water is on constant Welcome Committee Watch when you arrive to the southern coastal areas of Costa Rica – Drake Bay, Osa Peninsula, Corcovado National Park and the nearby beaches.

11. Howler Monkeys: Howler monkeys are the largest of all new world monkeys. They are quite common in Central and South America. In Costa Rica, Corcovado National Park is the host of a lot of Howler Monkeys.

12. Sea Turtles: In the whole wide world there are only seven sea turtle species, four of them frequent Costa Rica and nest here. Out of these four all of them are on the highly critical endangered species list. They nest in Tortuguero National Park, Mario Ballena National Park and Ostional Wildlife Refuge.

I don’t think I can give you adventurers and nature lovers a better reason to visit Costa Rica on your Central America Vacation. The rich fauna and the incredible amount of plant species make this country a jewel. 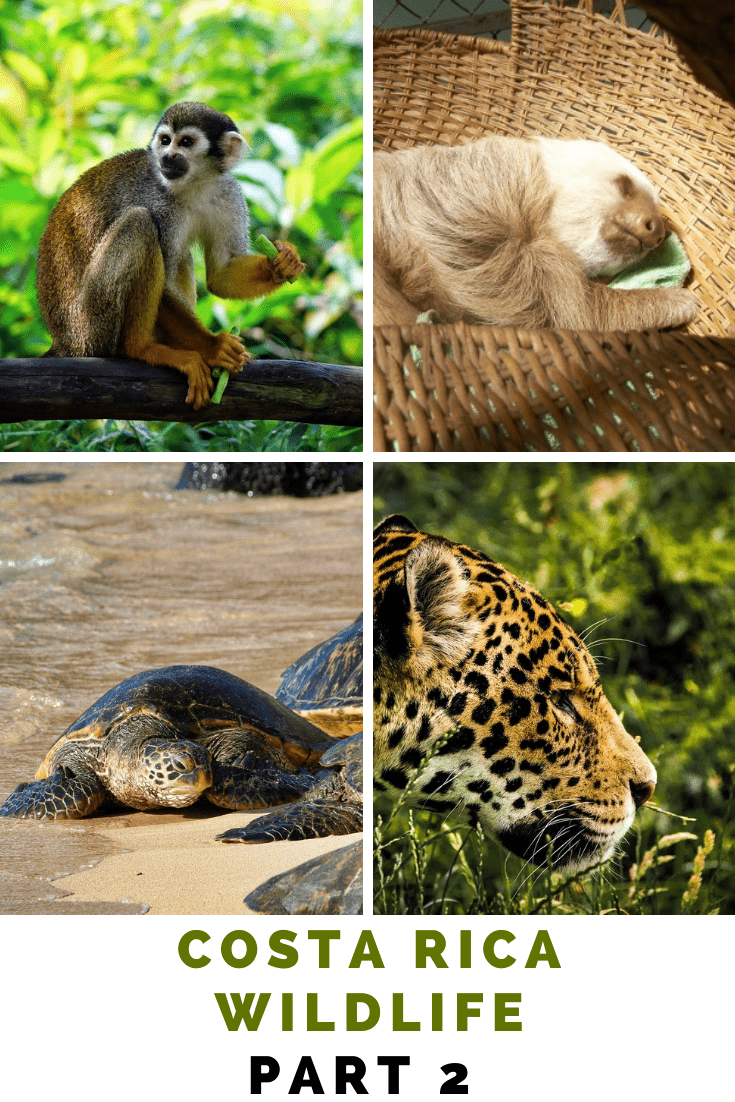