Costa Rica is a country with a crazy amount of wildlife. This is one of the main reasons why people come to this country in their Central America vacation.

It is a place where you can see many species of animals just by walking along the streets of small towns or along the trails of the many National Parks.

Here is a list of the most representative animals from this country:

1. Magnificent Frigate Bird: These are from the family of seabirds and are also called frigate pelicans. It can be found breeding along the Pacific coast of Costa Rica.

2. Cattle Egret: These are migratory birds known as a cosmopolitan specie of heron. They are commonly found around bodies of water. In Costa Rica it is commonly found in Cocos Island.

3. Clay Colored Robins: Costa Ricans chose the clay-colored robin as a national symbol due to its strong and melodious song. The Clay-colored Robin is a small common Middle American bird known for “calling the rain”. It is also known as yiguirro. It can be found all over in Costa Rica.

4. Boa Constrictors: The Boa constrictor is a large, heavy-bodied species of snake that strangles its prey instead of using venom.

5. Deer: The White-Tailed Deer is a long-legged, fast-moving mammal and the smallest members of the North American deer family. White tailed deer are very commonly seen in North and Central America, in Costa Rica it can be found all over the country.

6. Squirrel Monkeys: Their full name is black crowned squirrel Monkeys and can be found in the Costa Rican rain forests. Unlike the other New World monkeys, their tail is not used for climbing, but as a kind of “balancing pole”. 8. Silky Anteaters: Silky anteaters are the smallest anteater species in the world. They have a total length ranging from 3.6 to 4.5 cm and usually weighing less than 0.88 pounds. The Silky Anteater is a slow moving animal and feeds mainly on ants, between 100 and 8000 a day. They can also be found in Costa Rica’s lowland rain forests.

9. Raccoons: Raccoons are medium-sized mammals that learned to live close to humans. And have a earned a bad reputation as nocturne thieves. They are found throughout different landscapes of Costa Rica such as rain forests, cloud forests and beaches.

10. Kinkajous: They are also known as honey bear, because when in captivity they seem to enjoy eating honey. They can be seen in Drake Bay, Costa Rica. They are nocturnal animals and are rarely seen.

11. Coatis: Coatis are these long animals with a long snout. They are family with raccoons yet they look nothing them. They live in a wide variety of terrain, such as the lowland rain forests, river woodlands-Tortuguero, bushy and rocky terrain, though they are usually found in heavily forested areas of Costa Rica.

12. Agoutis: Agoutis are normally called Tepezcuintles in Central America. They are small rodents that look a bit alike a guinea pig. In Costa Rica they can be seen in Corcovado National Park and in the Monteverde Cloud Forest Reserve.

Stay tuned for the second part to get all the information about Costa Rica’s wildlife, on Friday. 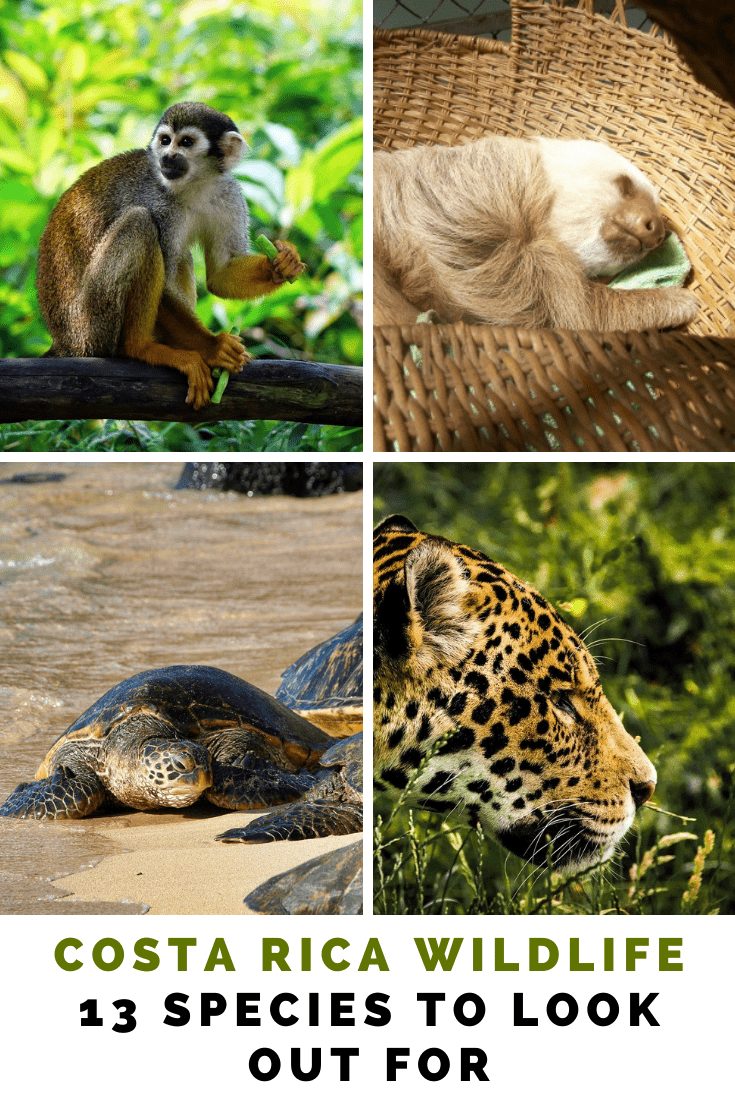