When it comes to Costa Rica wildlife there are tons of colorful and wonderful animals to look out for. In fact, this is one of the main reasons why travelers love the idea of visiting the country. The many species of sea turtles and the different kinds of monkeys are among the most popular. 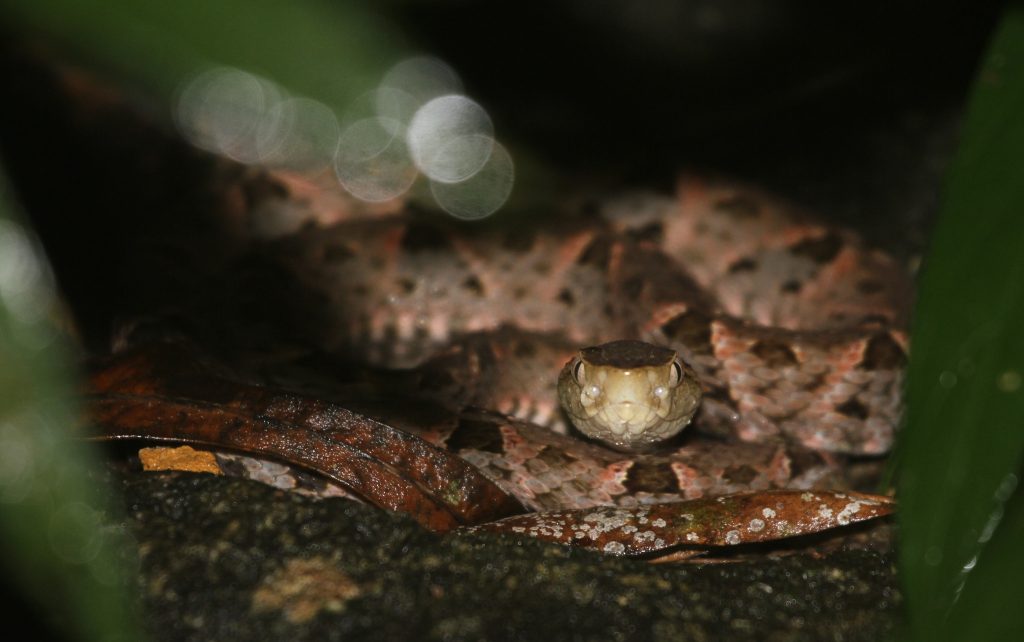 However, there is one that you should be careful not to bother when you come across it. It is called The Fer De Lance. This snake is commonly seen while hiking in the trails of the Corcovado National Park, but other forests also serve as home to this deadly animal.

You shouldn’t be scared, but it is important to remember that you should respect the fer de lance. Keep reading to learn more about this wonderful animal.

1. This venomous snake thrives and isn’t shy in areas inhabited by people where large rat populations exist. So as long as you leave it alone and don’t let it inside your home, they are even beneficial. They can help you control rat overpopulations.

2. This potent snake can inject around 260 mg of venom per bite and the record says that some can even inject 800 mg! This won’t necessarily kill you, it only does in 9% of the cases, but it can cause severe gangrene, resulting in amputations.

3. Other names that have been given to them in different regions of Central America include Barba Amarilla, Terciopelo and Nauyaca. 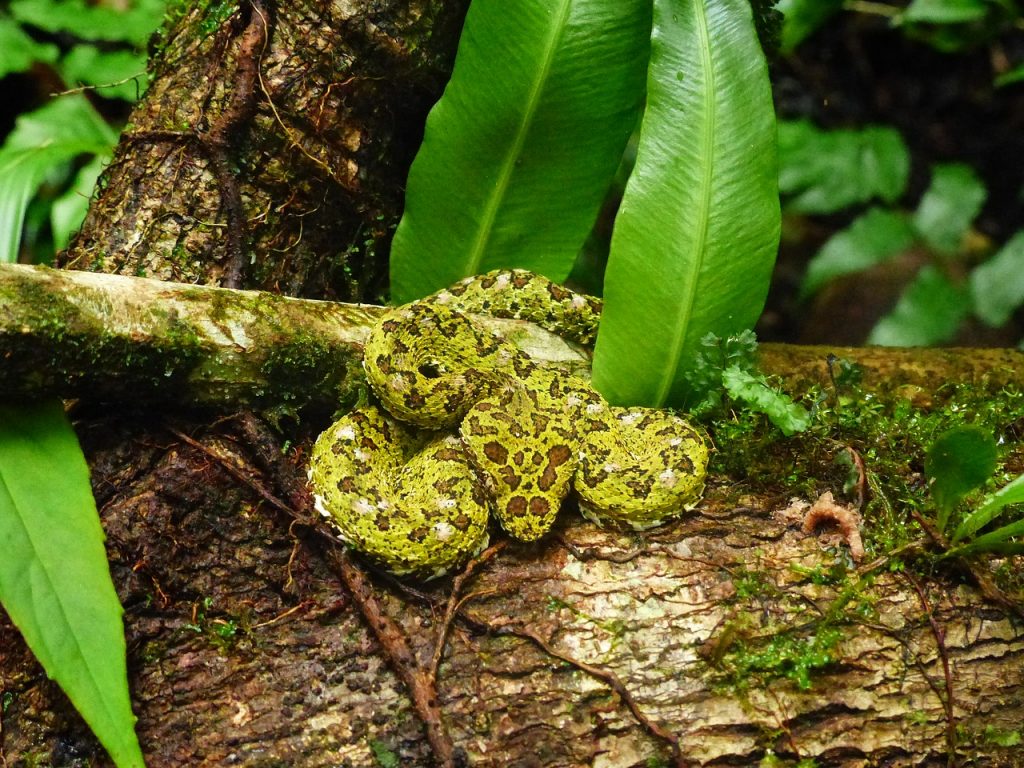 4. One single bite from the Fer De Lance has the power to kill at least 32 people! But your survival depends on where you are bitten and the severity of it.

5. When paired with its edgy disposition and its large size, long fangs and high venom production makes it one of the most dangerous yet fascinating creatures in Costa Rica.

6. The reason why it’s extra dangerous: the venom contains an anticoagulant and causes hemorrhaging. It also contains properties that cause the tissues to die and go black extremely fast.

7. The fer de lance is a nocturnal reptile. It passes the day coiled up and hidden in vegetation then at dusk it leaves its hiding place to hunt along roads or trails through dense grass and forest. So it will be difficult for you to find it during your morning hikes.

8. Unlike other large vipers, the Fer-de-lance hasn’t threatened away, but is more likely to strike. It is well aware of its deadly venom and feels no fear!

What do you think about this deadly yet amazing animal? I bet you wouldn’t want to cross paths with it during your vacation in Costa Rica. I never did in the years that I lived in the country. 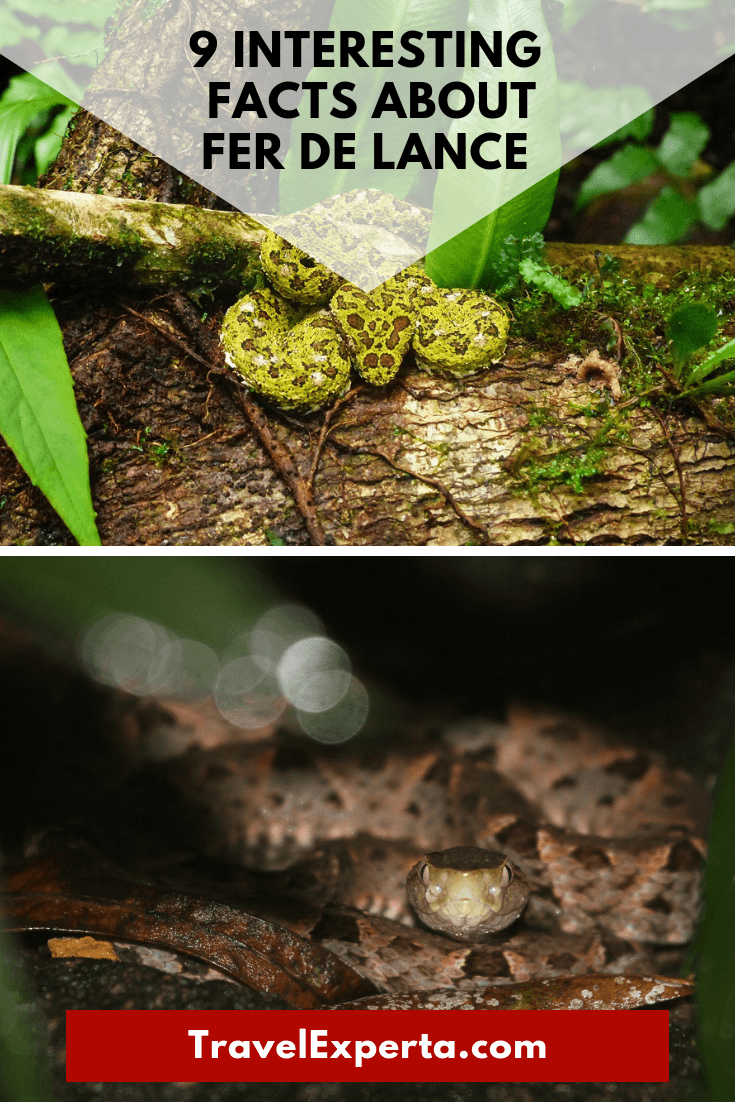 One thought on “9 Interesting Facts About Fer de Lance”