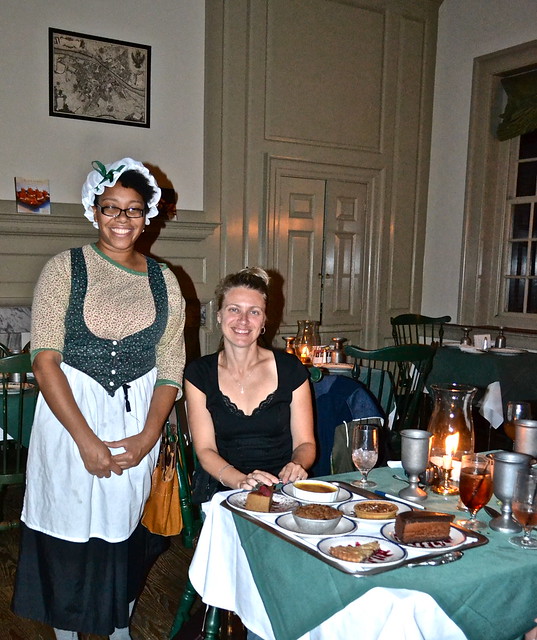 What is the first thought that comes to mind when hearing Philadelphia? For me, it was two thoughts – Constitution and the American Revolution. I guess they kind of go together hand in hand.  When I started to research the most iconic, historic places to visit in Philly, aside from the Liberty Bell and Independence Hall, I was super delighted to find City Tavern Restaurant. This is where the true revolutionaries and game-changers for the US met and dined and devised plans to make America what it is today.  And amazingly enough, Chef Walter Staib has preserved the original building and cuisine as though you are still in the Revolutionary years.

Related Read: Fun things to do in Philadelphia

A visit to Philadelphia isn’t complete without spending at least one day in the Historic District, also known as the Old City. To this day, the city and the people have managed to preserve this part of town as though Ben Franklin, George Washington, Thomas Jefferson, and many more people we have come to know as the forefathers of America will be walking down the street or sitting next to you on a park bench.

One thing I love during travels, especially to historical sites, is finding restaurants that have extremely important relevance to that time era. For instance, when we visited Boston we enjoyed the Oldest Restaurant in the US – Union Oyster House. When we were in Savannah we visited the Pirate’s House the oldest restaurant in Georgia, but also one of the richest pirate havens of its time.

To say the least, I got giddy finding out about City Tavern.

Chef Walter Staib (more about him below) maintains the restaurant 97% to its original ways since opening. Of course, indoor plumbing and electricity weren’t available then, but the food is super fresh, they avoid refrigeration if possible, and the meals are exact as to what was served back in the late 1700’s and early 1800’s. This includes the alcoholic drinks, since it is a known fact that the water was bad and the colonist enjoyed their alcoholic beverages way more than anything else. 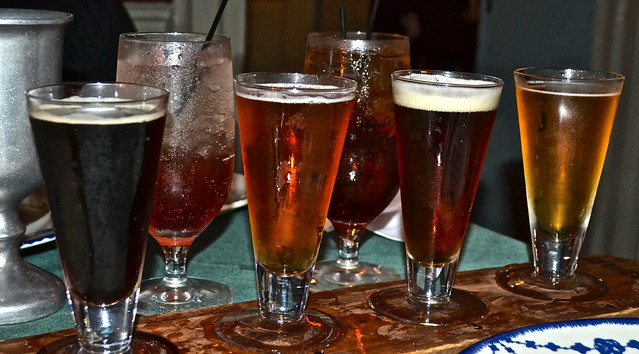 Champagne Shrub or Spiced Rum Shrub – Shrub is made from fruit juice vinegar sweetened with sugar and spiked with plenty of alcohol. A super popular drink back in the original days and the recipe is still exactly the same. I loved the Champagne Shrub – dangerously sweet.

City Tavern Cooler – this is more of a rum, brandy, and whisky mixture with apple cider. This was probably one of the most consumed drinks back in the day.

Ales – the original recipes from that time. I highly recommend the Colonial Ale Sampler. This is four ales each name after the main visitors of the place: George Washington Tavern Porter (the recipe for this ale is from the rare manuscripts room), Thomas Jefferson Tavern Ale (he actually made his own beer two times per year and this was the recipe he used), Benjamin Franklin’s original recipe for Poor Richard’s Tavern Spruce, and Alexander Hamilton’s Federalist Ale.

Madiera – this is an after-dinner drink and known to be George Washington’s fav, and also the main reason he had brown teeth. Super powerful drink. I was only able to put a taste in my mouth. Not for the faint-hearted.

The Food at City Tavern

Most of the bread and pastries are baked daily on the premises. Since they try to use as little refrigeration as possible, they have fresh seafood delivered two times per day. 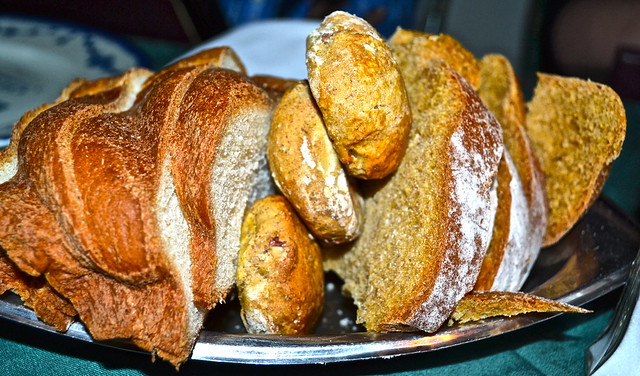 Practically every dish was a favorite of one of America’s founding fathers, with the original recipe.

Here’s a quick glance at some of the amazing dishes you’re in for: 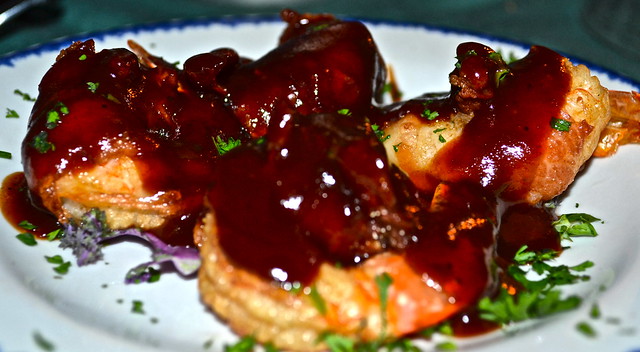 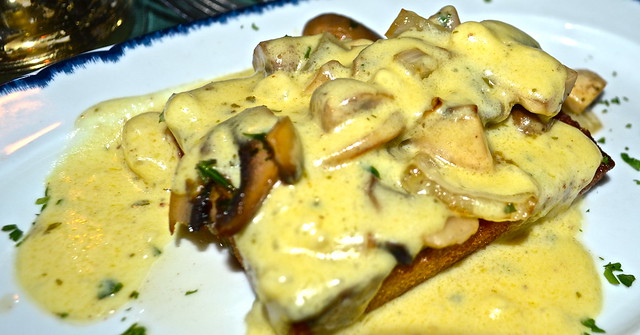 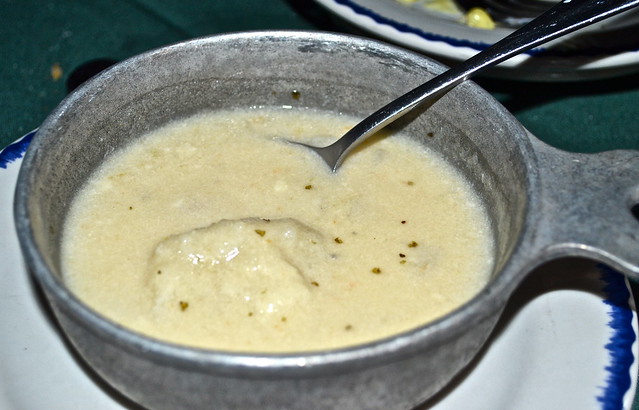 Country Salad – this is pretty much a typical salad with greens, but it’s the raspberry shrub dressing that is beyond words of how tasty it is 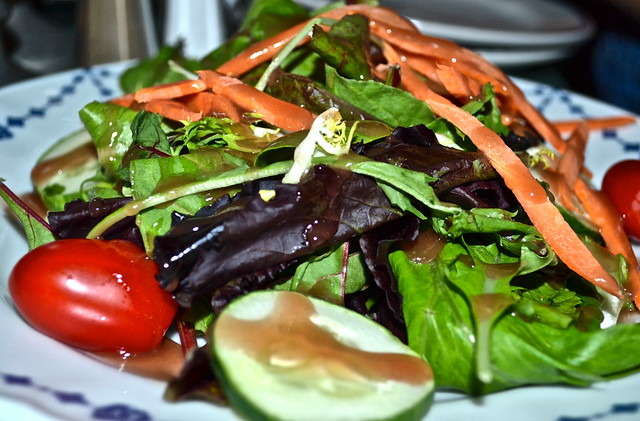 Normally I like to go with what the waitstaff recommends as the signature dishes or something super unique to the restaurant.

Pork Chop “Apple-Wood Smoked” – we ordered this because of the technique used to cook it. In the 18th century preserving meats by curing them in salt and then smoking them was necessary to survive, especially during the long, cold winters. This is the perfect example of it. 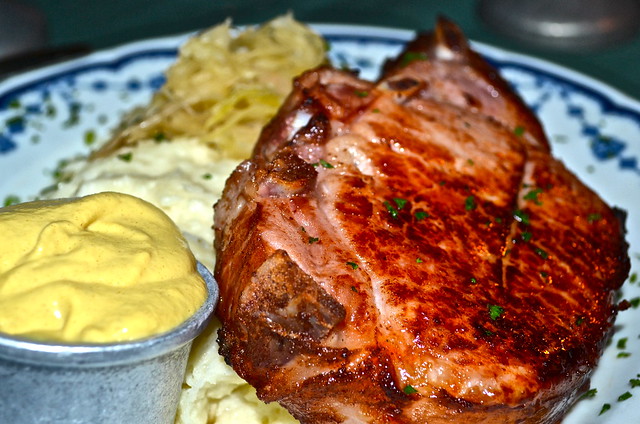 Chicken a la Franklin – this dish was inspired by Benjamin Franklin. After spending ten years in France, he took on some of their finest dining ways. The dish is a chicken breast marinated in Ben Franklin’s ale, Sally Lunn breadcrumbs, asparagus, Béarnaise sauce, mashed potatoes, and veggies.

Don’t forget to taste what these guys ate after each meal. The waitress usually brings out the dessert tray for you to choose. 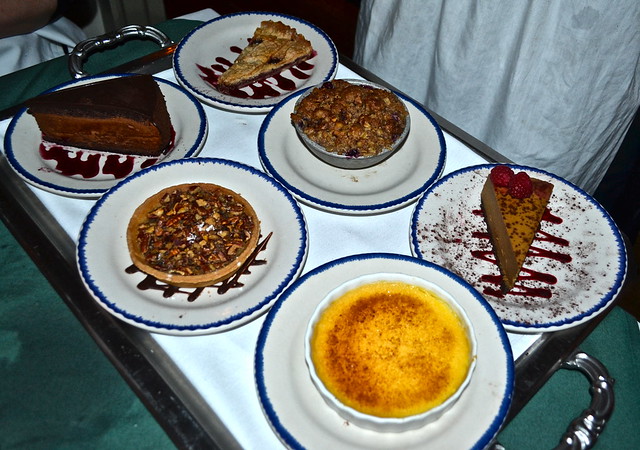 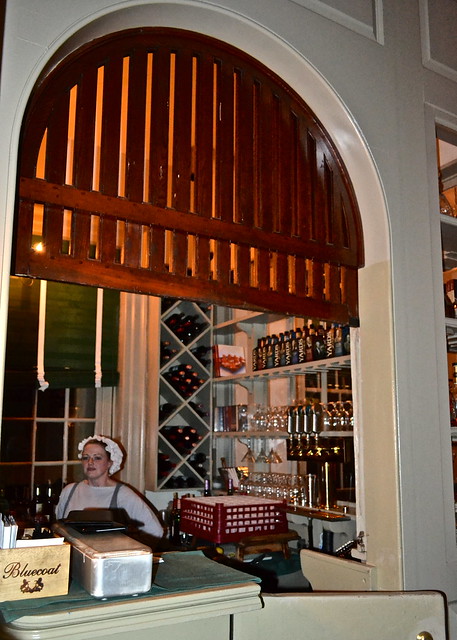 Chef Walter Staib started cooking at the age of four. He was born to run restaurants and create amazing culinary delights. With all those years of work, he’s accumulated some amazing accolades.

Lunch is served from 11:30am daily

Dinner is served from 4pm Monday through Saturday, from 3pm Sundays