Three of the Best Churches of the World 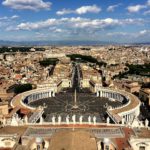 When you’re traveling the world with your family, it can sometimes be a difficult to make a visit to a church an exciting proposition. Even if you’re not particularly religious, visiting churches, mosques, synagogues or other places of worship can be a fascinating insight into the history of a place, the culture and its people. When you’re by yourself, it’s easy to spend hours just quietly exploring the churches of a city, but if you’ve got kids to keep entertained then that’s not going to be possible. To find a happy compromise you need to focus on some of the really spectacular churches, the biggest, the most ornate, the most historically interesting – something that will convince your family that a visit to a particular church is worth doing. In this article we share our thoughts for three of the greatest churches of the world that will have some sort of appeal for everyone in your family. 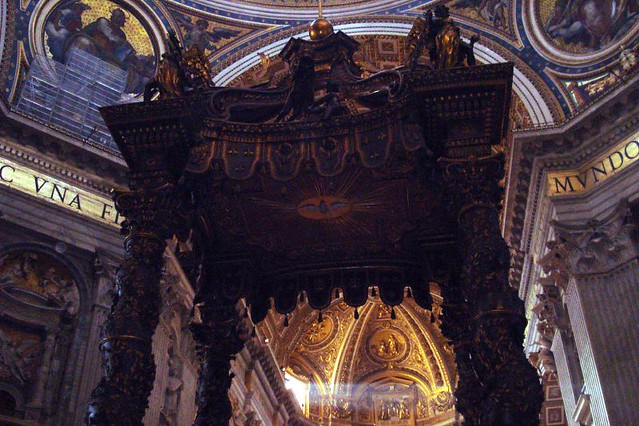 My Top 3 Churches of the World

Saint Peter’s Basilica, The Vatican
This is a massive cathedral located within the Vatican City. It’s one of the largest churches in the world and is a masterpiece of Renaissance architecture. There’s a couple of reasons why this is an exciting an interesting church to visit. It is believed that this is the burial site of Saint Peter (one of the twelve apostles of Jesus Christ) and his tomb is thought to be directly beneath the altar of the basilica. There has been a church on this site since around the 4th century, and construction of Saint Peter’s began in 1506 and was completed in 1626. Michelangelo played an important role in the construction of the basilica, particularly in the construction of the enormous dome, and it is the vast size of the basilica that never fails to impress, awash with marble and gilded with gold. This is one of those churches where it is worth booking in for a tour so that you really appreciate what you are looking at – there is a helpful information desk that can assist with tickets and tours.

Il Duomo di Firenze, Florence
The official name of this beautiful church is the Basilica di Santa Maria del Flore and it is the main church in the city of Florence in Italy. Construction began in 1296 and it was completed in 1436, making it a great example of gothic architecture. As it’s common name suggests, Il Duomo is famous for its massive dome – the largest brick dome ever constructed. The dome was one of the last pieces of the basilica to be built – one of the reasons for the delay was that the engineers were determined to find a way to build the dome without using the flying buttresses that are normally associated with gothic architecture. The use of buttresses were forbidden in Florence as they were associated with the city’s traditional rivals to the north. You can climb the hundreds of steps to the top of the dome for spectacular views across the city – a great way to work up an appetite before lunch.

Kölner Dom, Cologne
Construction of Cologne Cathedral began in 1248 and stopped in 1473 – unfinished. Work on the cathedral didn’t resume until the 19th century and was finally finished, to its original plan, in 1880. So it is a unique example of the Gothic style of architecture even though some of its key elements were constructed in a completely different era. The most notable features of the cathedral are the massive spires that create the impressive facade of the church.

With a bit of explanation, you can get your family excited about architecture, history, culture, and art. The great churches of the world are a fantastic place to start this journey.