Hershey Chocolate World: A Must Do for the Whole Family

Chocolate World – just those two words will get anyone excited, and when they are part of the Hershey adventure, it becomes that much more of a Must-Do experience when visiting Hershey. Here’s a full Hershey Park Chocolate tour, with facts, things to do, and useful information. 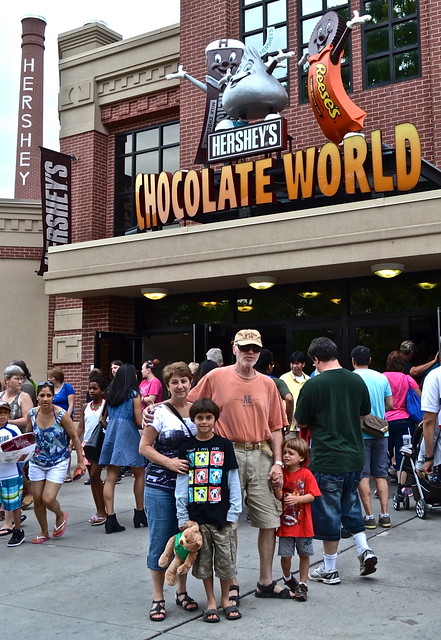 Before I take you a photographic journey of what you will experience while visiting this super fun place for all ages, let’s not forget if it wasn’t for Milton S. Hershey, this place wouldn’t even be on the map. Since I’m a bit of a history buff, don’t miss out on the interesting history of the town and how Milton S. Hershey started it all below.

There is no entrance fee into Chocolate World. Once inside, you have a choice of several tours. The actual chocolate tour is free. I know you’re thinking, if it’s free, it’s not that great. Quite frankly, I am in shock, this tour is free.  It was one of the best tours we have had during our entire five-day stay in Pennsylvania. Honestly, if they charged $15 per person, I would have thought it was a steal.

Side note: When you first get online you think it’s a huge wait, but it moves really quickly!

Let’s take a quick ride on the hershey world tour (some of the things you’ll see on this tour):

You start in the moving train 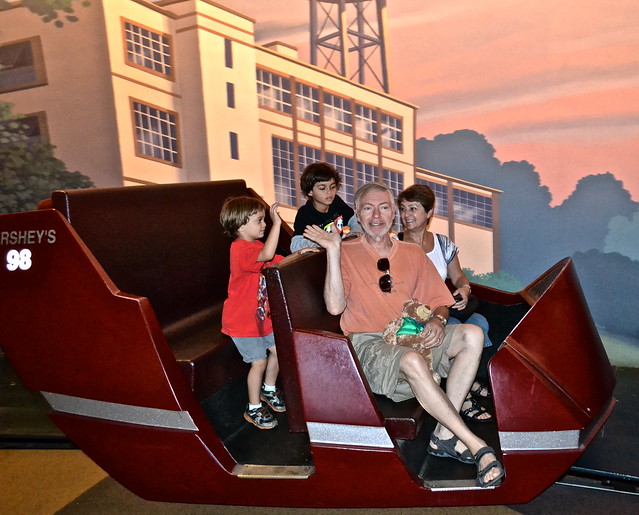 And enter the farm area – the Creamery – greeted by the friendly cows. My four-year-old loved the cows. 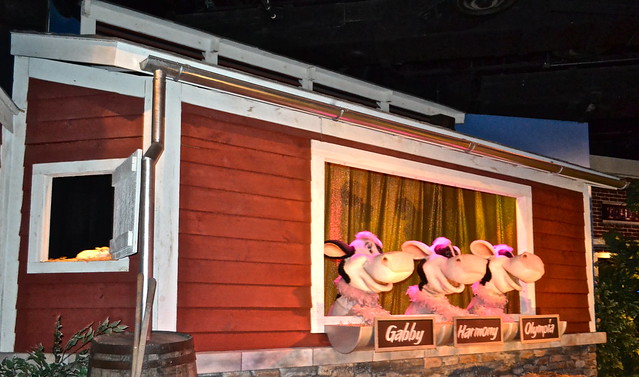 This is really the amount of chocolate being made 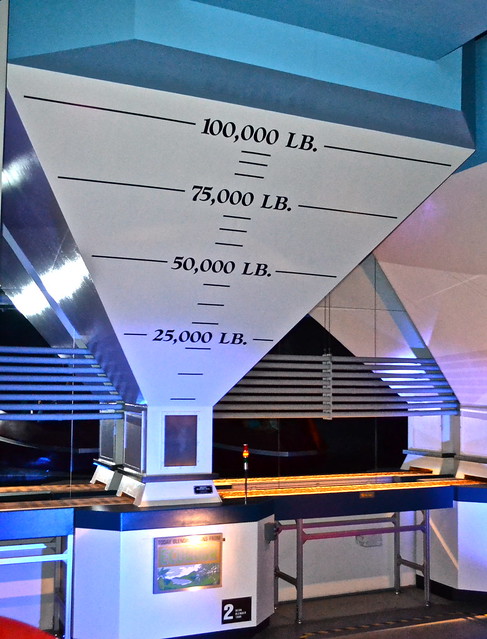 Mixing up the ingredients 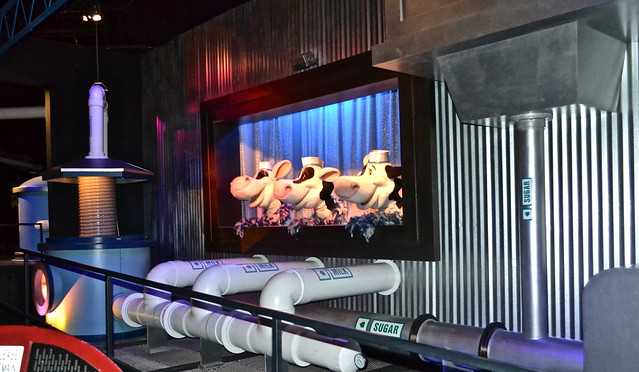 Look at all that chocolate

Kit Kats have always been my favorite 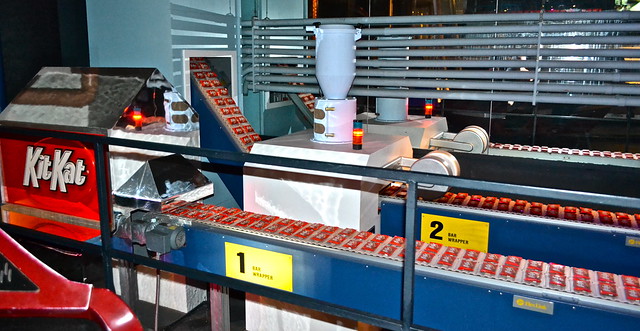 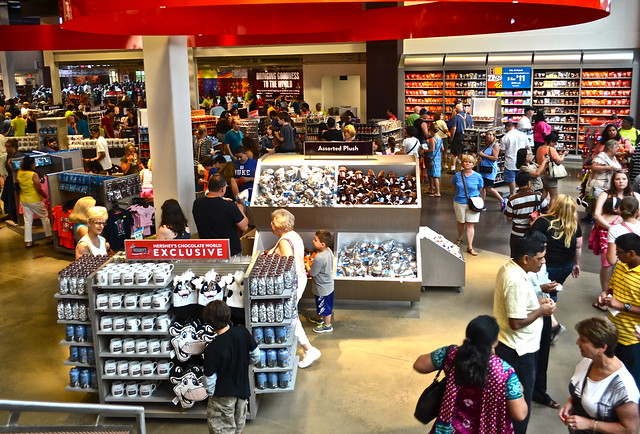 Paid Attractions to do at Hershey Chocolate World

There are some fun paid tours you can choose to do, but there are two that are the most popular ones and for good reason.

1. 4D Movie Experience – if you don’t know what 4D is, basically it’s a 3D movie with all your senses included. The theater has scents, water, air, movement built into and they are set off to go along with the movie adventure. Kids go nuts over it, and I’ll confess, so do the adults. It’s such a fun show! 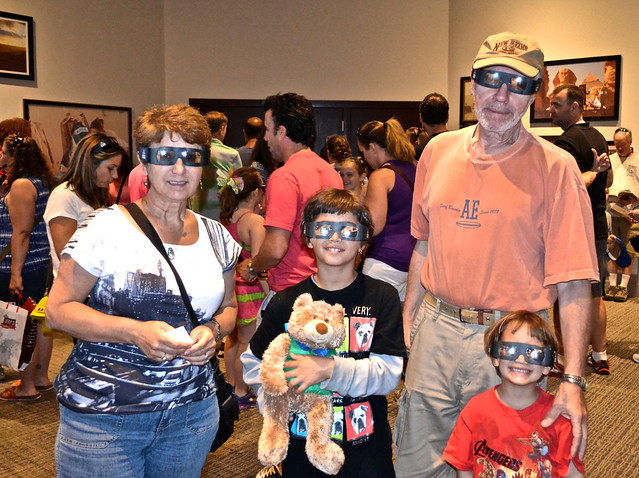 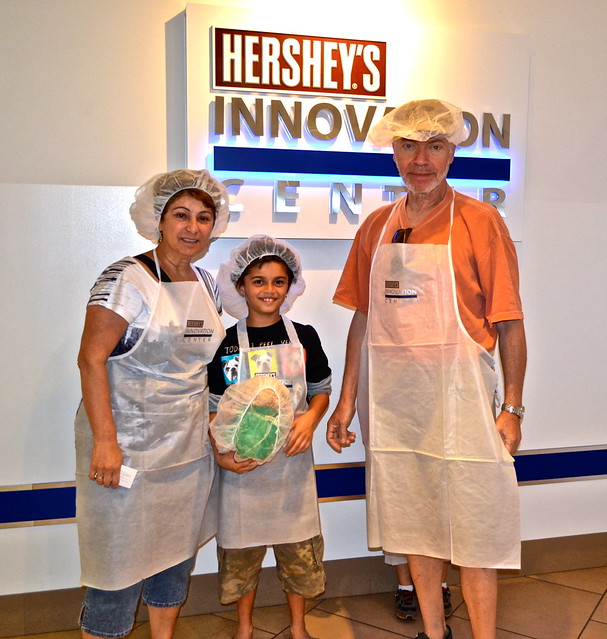 This is all really serious. You have to be fully dressed up like the workers of the factory – hygienic. Even teddy bears need to be wrapped up in case they can shed into the chocolate process.

No hair should be left exposed 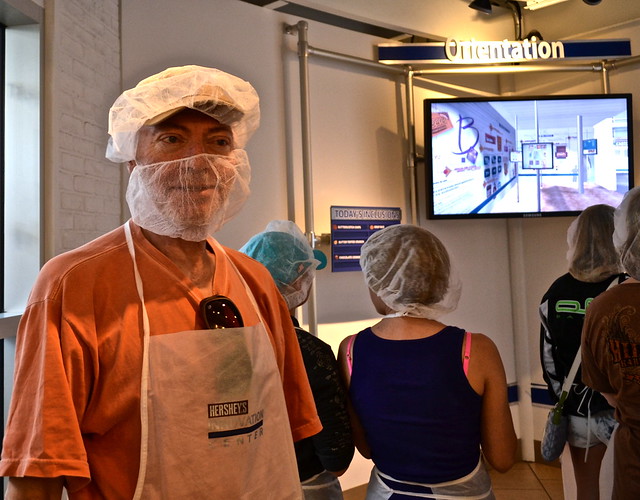 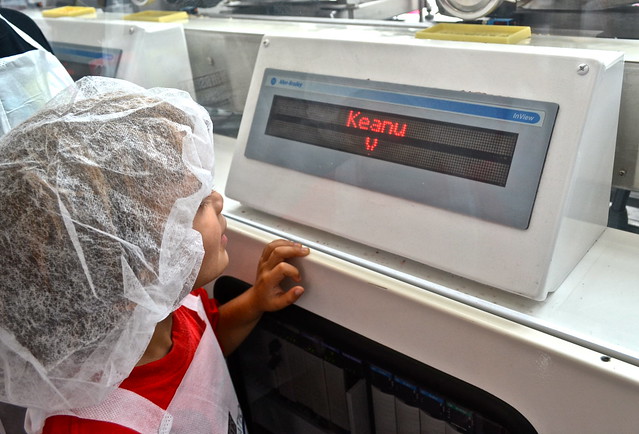 The first step of the chocolate making process – the fillers 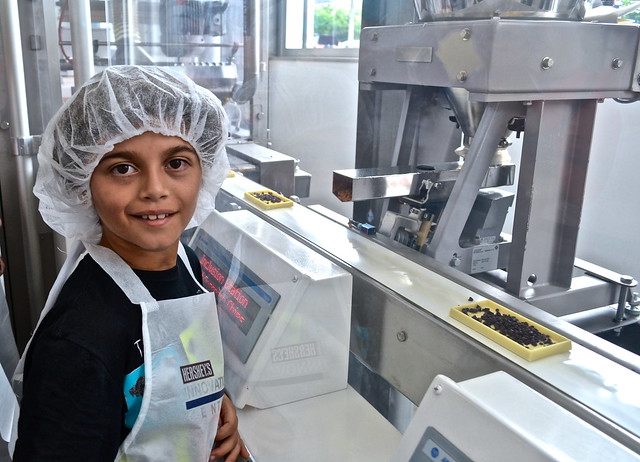 The chocolate bar’s final steps before being packaged 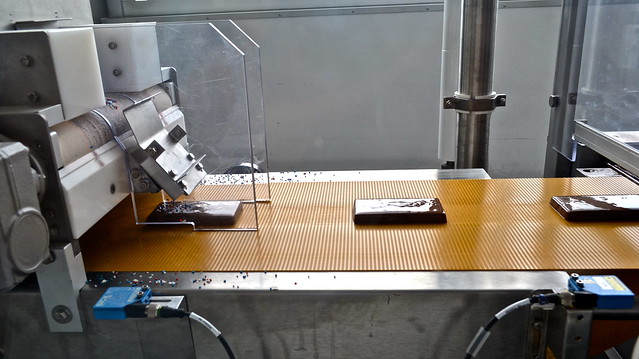 Designing the package – this is where you can get creative 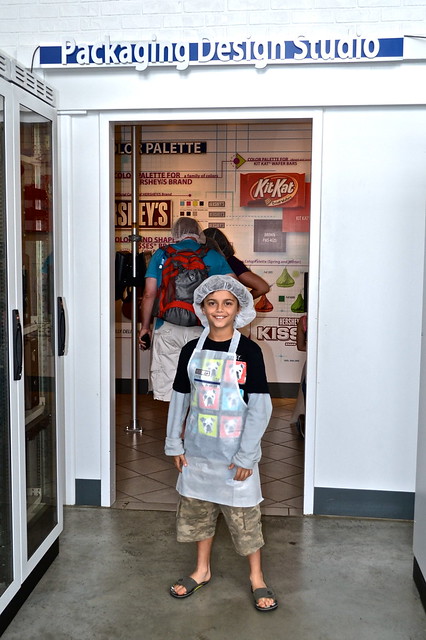 Figuring out how you want your chocolate bar to look 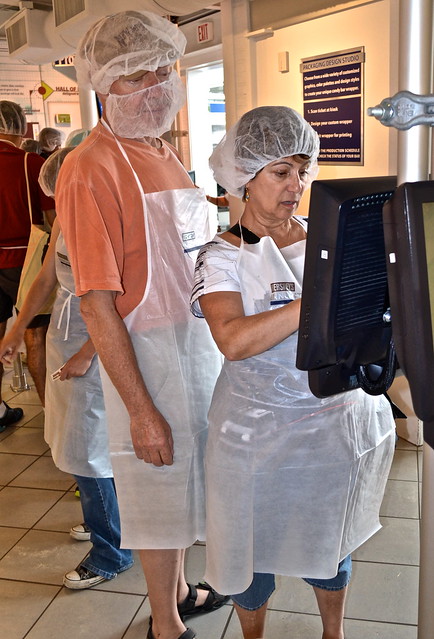 Watching how the packaging is getting done on the assembly line 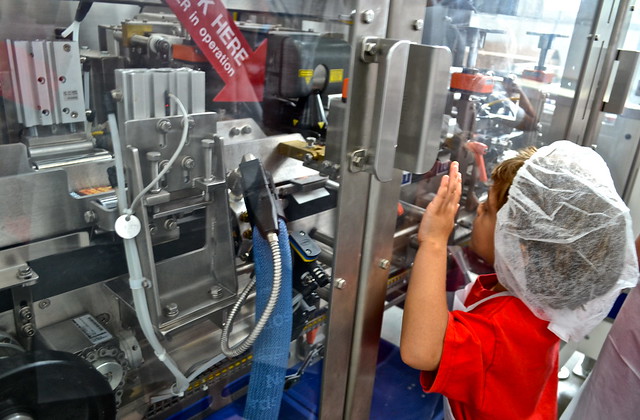 Manual Labor – the customizing of the final package 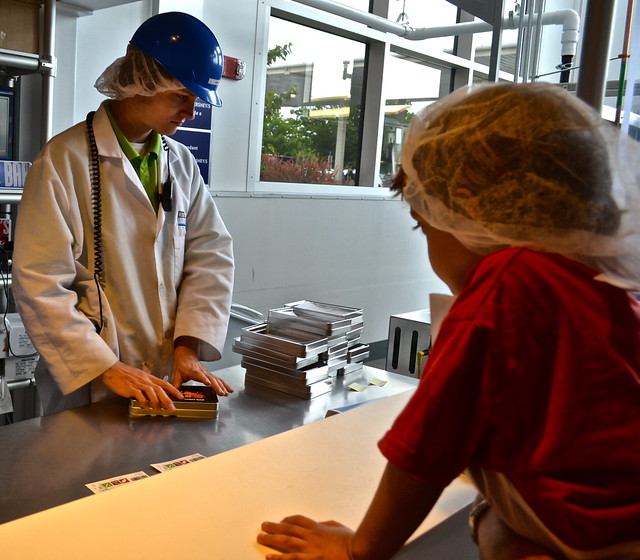 The finished, and hard-earned, product 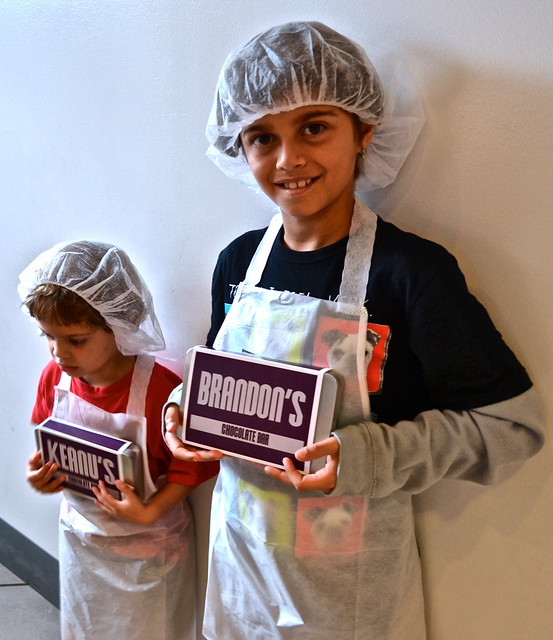 We truly had a fun time with this. However, my four-year-old got bored and restless really fast. There is a long line to get in, usually a good thirty-minute wait. Since the actual bar is being made in front of you, it takes time, so it’s not instant or hands-on.

Personally, I think this is better for kids six and older, they can grasp the concept a bit more. Or come when there is absolutely no lines when it’s the slow season. 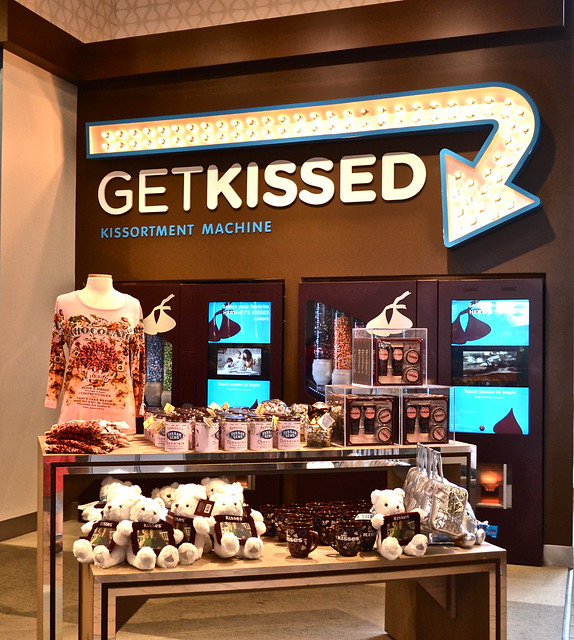 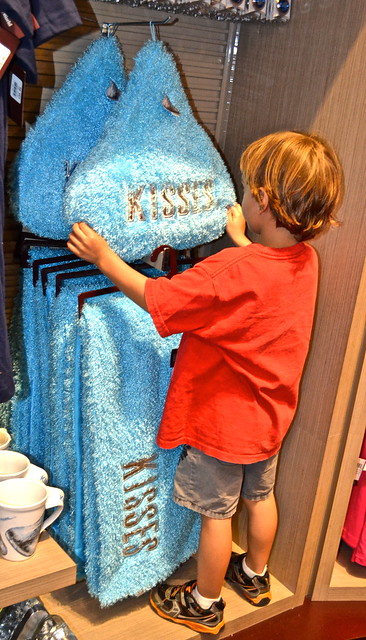 And you can make your own mixture too – a great gift idea! 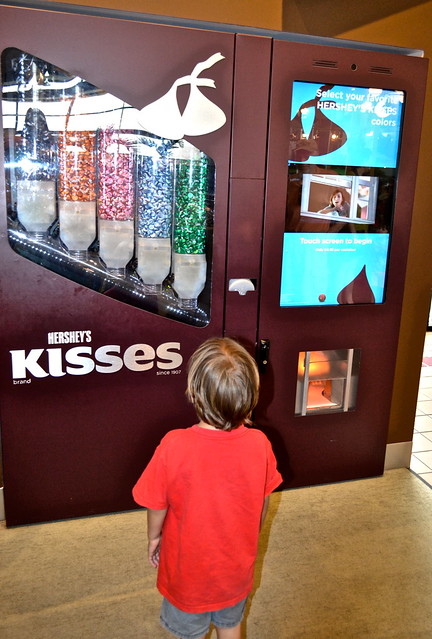 Who is Milton S. Hershey 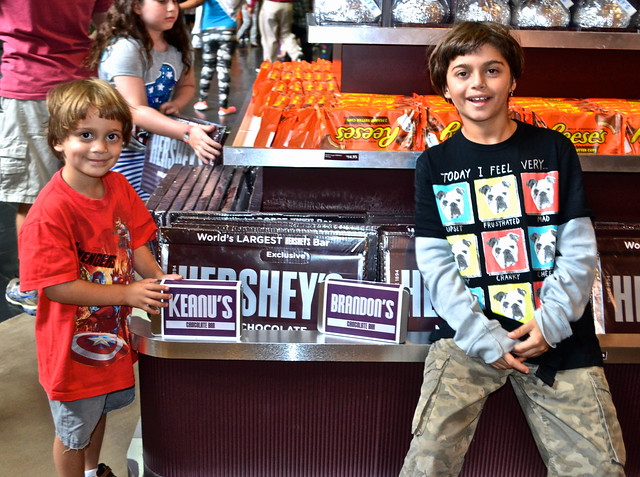 Must Do In Hershey – Chocolate World – Review

2 thoughts on “Hershey Chocolate World: A Must Do for the Whole Family”