The Cheltenham Festival and How to Enjoy It

The Cheltenham Festival is the most prestigious and exciting meeting on the entire National Hunt racing calendar. All the highest rated horses and most famous names in the sport, will gather at the home of jumps racing and battle it out to win some of the most historic prizes in British sport.Cheltenham Festival is one of the most iconic horse races in British History. Learn how to dress, what to drink and specially what to expect.

If you are a racing enthusiast, you will dream of spending a day at Prestbury Park during the Festival. The day your ticket arrives in the post is a day you will never forget and you will be filled with excitement and anticipation – scouring through the ante-post betting and jotting down any possible champions that catch your eye. 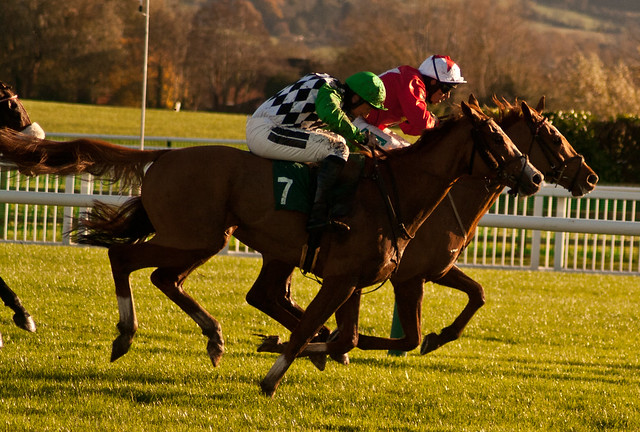 However, there are several things you need to think about, before you get caught up in the spectacle of the Festival – like actually getting to the course, for instance. If you haven’t thought that far ahead, don’t worry, this article will help guide you through your day at the Cheltenham Festival.

Dressed to the nines. Suited and booted. Your best bib and tucker. No matter how you put it, you’re going to want to be wearing your smartest attire when you head to the Cheltenham Festival. There will be plenty of rich folk and other dignitaries around the course, all wearing their finest garments, so you won’t want to stick out in a shabby jacket and a scruffy shirt. Fancy walking canes and monocle’s aren’t necessary, but a traditional gentleman’s top hat wouldn’t be too outlandish.

How to Get There

Cheltenham racecourse is just over three miles from Cheltenham Spa train station. During the four days of the Festival, Stagecoach run a race day shuttle bus service, taking race-goers from the train station to Prestbury Park.

National Express coaches will take you to Cheltenham Royal Well bus station, but you will have to find your own way on public transport from there. Local bus services will run regularly throughout the day, so that shouldn’t be too hard, even for those wearing the highest of heels.

If you are traveling by car, the M5 is the nearest motorway, or the M40 if you are coming in from the eastern side of Cheltenham. The course is well signposted, but the A435 and A4019 are two roads you should look out for. Parking is usually free at Cheltenham, but during the festival there is a service charge, so have some change handy when you enter the confines of the course.

While You Are There

Try and arrive early enough to take in all the stunning surroundings. As the excitement of the races starts to build, you might get caught up in the action and forget what a special occasion this is. Take some time to explore the course, experience the history and sample some of the fine fodder that is on offer in many of the canteens and food stalls.

It’s probably best you enter the course with the mind-set that you are going to lose every wager. Nothing in horse racing is a sure thing – especially in National Hunt races – so don’t look at any of the favorites as a banker. We all know when the beers start flowing, it’s very hard to bet with a sound mind. Just remember, only bet what you can afford to lose and breaking even on your bets is a very useful return.

You will definitely want to make sure you get a program. Not just to read the fascinating pieces about the course and the meeting, or even to study all the runners and their form – but more as a keepsake to take home with you, that will always remind you of the fantastic day you spent at the Cheltenham Festival.