Whenever my family and I travel, we love to take tours of the places, predominantly cities, that we visit to get a good understanding of where we are and also what there is to do overall. Normally, with kids, we either do a bike tour or bus/trolley tour. Since Charleston was the chosen spot for my hubby’s and mine getaway this year, I decided to do a walking tour. Normally this is a huge red flag with kids, they get restless, tired, and bored. So, for once, we can do big people tours. Today I’m going to be talking about Charleston sole walking tours and hop on hop off tours.

After much research, I decided to go with Charleston Sole. There were several tours to choose from, but at the end of the day it boils down to service. Brian, the owner, was amazing from the start. He answered my questions and emails within a couple of hours. And he simply had a fun feel about how he worked.

This is the first time we have ever done a walking tour. We’ve been to many, many places and usually do other sorts of tours. But, while doing any kinds of tours in other cities, we rarely noticed other tours around us, either they were few or we were the only ones doing a tour. Normally, the hop on hop off bus is a hot attraction because it’s easy, you can do many stops, but other than those, nothing ever stuck out.

In Charleston, doing a walking tour is THE thing to do! OMG, I have never seen so many walking tours in my life.

Having a Charleston guide either online, book or live person, can truly make a difference in your trip.

I absolutely loved seeing how interested people are in learning about this southern gem, and loved that this is a huge part of the local economy.

I can not compare our experience to others, but I have to say, we lucked out with Brian. You know, when you meet some people in life that are so obviously doing what they love that it does not really work but is an extension of who they are. And if they weren’t doing it in front of you, or for money, they would still be doing it. 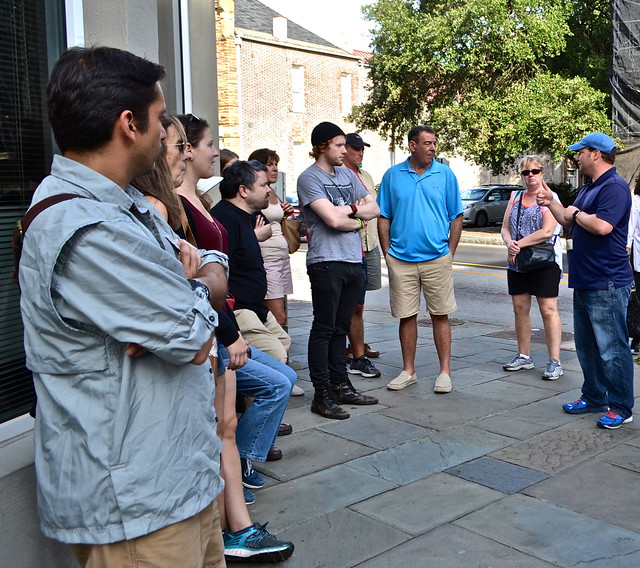 This is Brian. If he wasn’t giving tours, I can almost guarantee he would be learning and talking about all the historic places and events that happened in Charleston with his buddies, wife, kids, or anyone else that would join in. Now he gets to share his wealth of knowledge with travelers and teach us so much as well.

First and foremost, Brian is a born and bred Charleston man. Secondly, he is a total history buff. The combo worked perfectly in his favor. 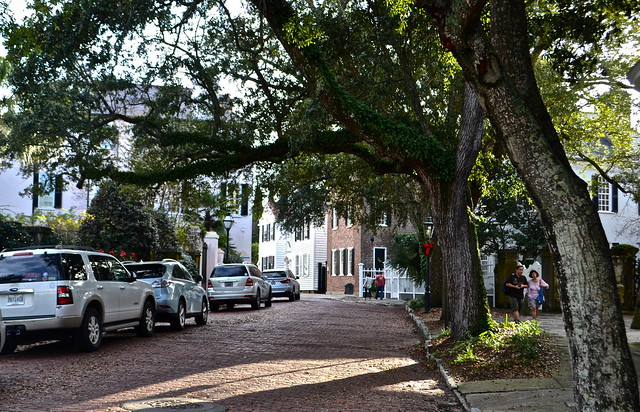 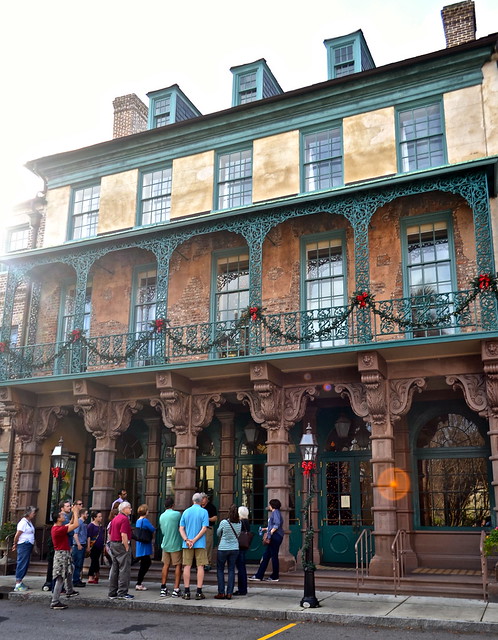 2 thoughts on “Charleston Sole WalkingTours – Take a Walk Through History”