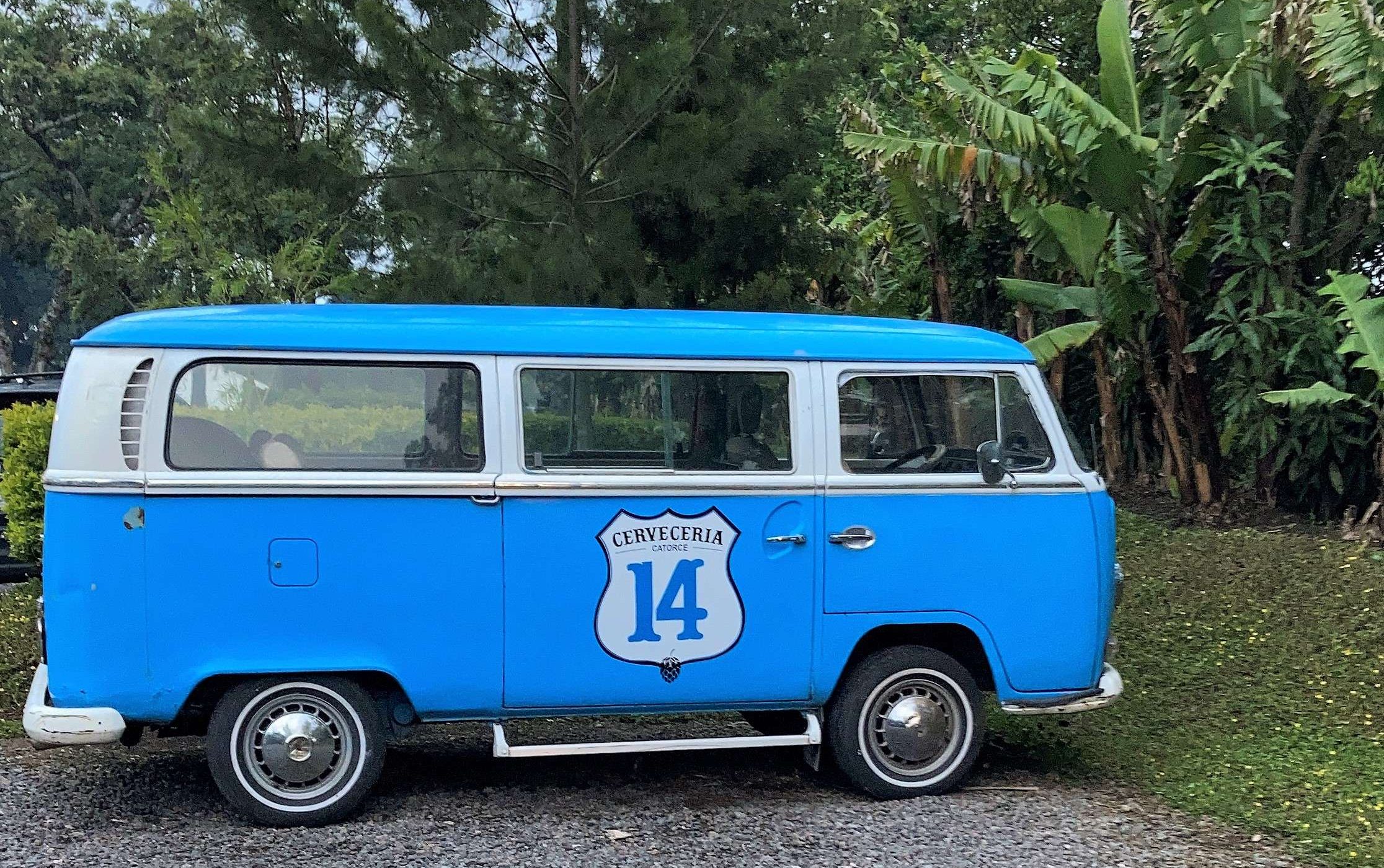 Cerveceria 14 is a really popular restaurant just outside of Antigua. It’s probably been open for six years, and it’s just getting more and more momentum. What I mean by momentum, is it’s just getting bigger and more popular. Since COVID, people are just desperate to go to restaurants that are outdoors, that has music and whatnot. Today we’re going to be doing a review on Cerveceria 14.

I mean, this place, when we first started going there five years ago, it was big, it was cute, there were people, it was busy there, but it wasn’t crazy. You know, you’re always able to get tables. There was always parking. I went during COVID to see a friend’s music event. There were at least 700 cars. I could not find any spot anywhere. This was on a weekend, and this is when I was realizing, oh my goodness, this place has gone completely bonkers as far as people, and it has exponentially grown.

It has different bars all over the place. It has several restaurants in little sectors. Obviously, it’s an actual brewery where they make their own beer, bottle their own beer, and serve other beers as well. They also have a really popular restaurant. A lot of times they do invite food trucks to come in as well. They have a huge stage where you could watch an actual show.

There’s a main dining area. The other day, my husband and I went to meet friends there on a Friday night. It was 6:00 p.m. And I have to say one thing, it was not as busy as it usually gets because we were there before the crowds arrived and for dinner by the time we started to leave, around 8:30 pm that’s when a lot more people were showing up.

The food there is good. Not the best food in the world, but it is good. There are several bars where you can get a beer. That’s their main thing. They do have other alcohols and cocktails that you could get, but you go there to try their beer. Their beer is good. 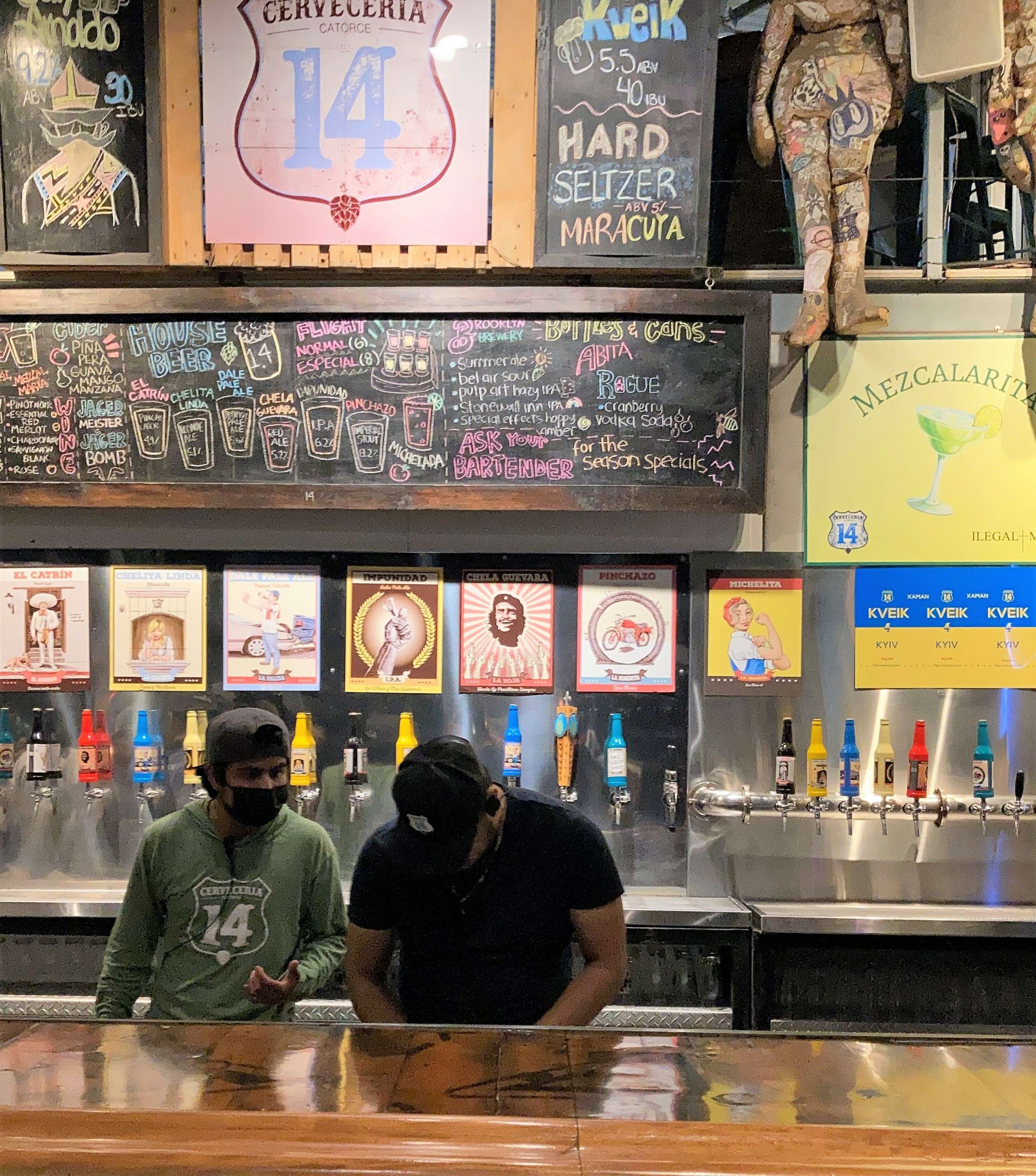 There’s also a playground where your kids could play, and they do have special events when they have a music show because they have this huge stage.

However, at 6:00 p.m. when we arrived there was live music. And because they put the live music where the main dining section was, I have to say it was a massive turn-off.

Why? Because we’re there for dinner. So we were there chatting with friends when the live music came on, it was overpoweringly loud. You could not even hear yourself think. There’s one place for live music, especially in the evening when you’re drinking, but it’s another thing when it’s during dinner.

I just found that to be a massive turn-off, to be honest. Because of that, I’m not planning on going back. But it is a cool place. It is an outdoor place. They have games, and they do have music events, and when they have that, I would go for that specific thing, but not for just enjoying a meal, because it became, so it just totally took over our entire meal.

We were screaming so loudly at one another that it kind of took away the fun of just going and having a drink, a beer, and a meal. But that’s my own personal opinion, and otherwise, it is a cool place to visit. It’s about a ten-minute drive outside of Antigua, the main service. They do now have a few satellite locations. They’re smaller, more like actual little bars, and you can find their beer pretty much in any bar at this point in Antigua as well.

Also, if you have a few days extra, you should visit Jardines de Provenza, a beautiful lavender field, with stunning views of the volcano.