Guide to Celebrating the Munich Oktoberfest

It’s never too early to think of the biggest beer party on the planet, the Munich’s Oktoberfest. With the cancellation of the 2020 edition, there’s more reason for us to look forward to the 2021 festivities.All the information that you need to know about celebrating the Munich Oktoberfest.Take a look at this full guide with Germany travel.

For this year, the event is set to start September 18 and ends October 3. For those as curious as I am, the event starts in September to catch more pleasing weather. The change happened in 1872 and there’s no compelling reason why it should start again in October.

The Munich festivities started in 1810, to celebrate the marriage of Prince Ludwig and Princess Therese. The field where it was held was named Therebetween to honor the bride. Every year, six million people gather to continue this tradition with visitors from all corners of the globe.

Related Read: Unusual Things to do in Munich 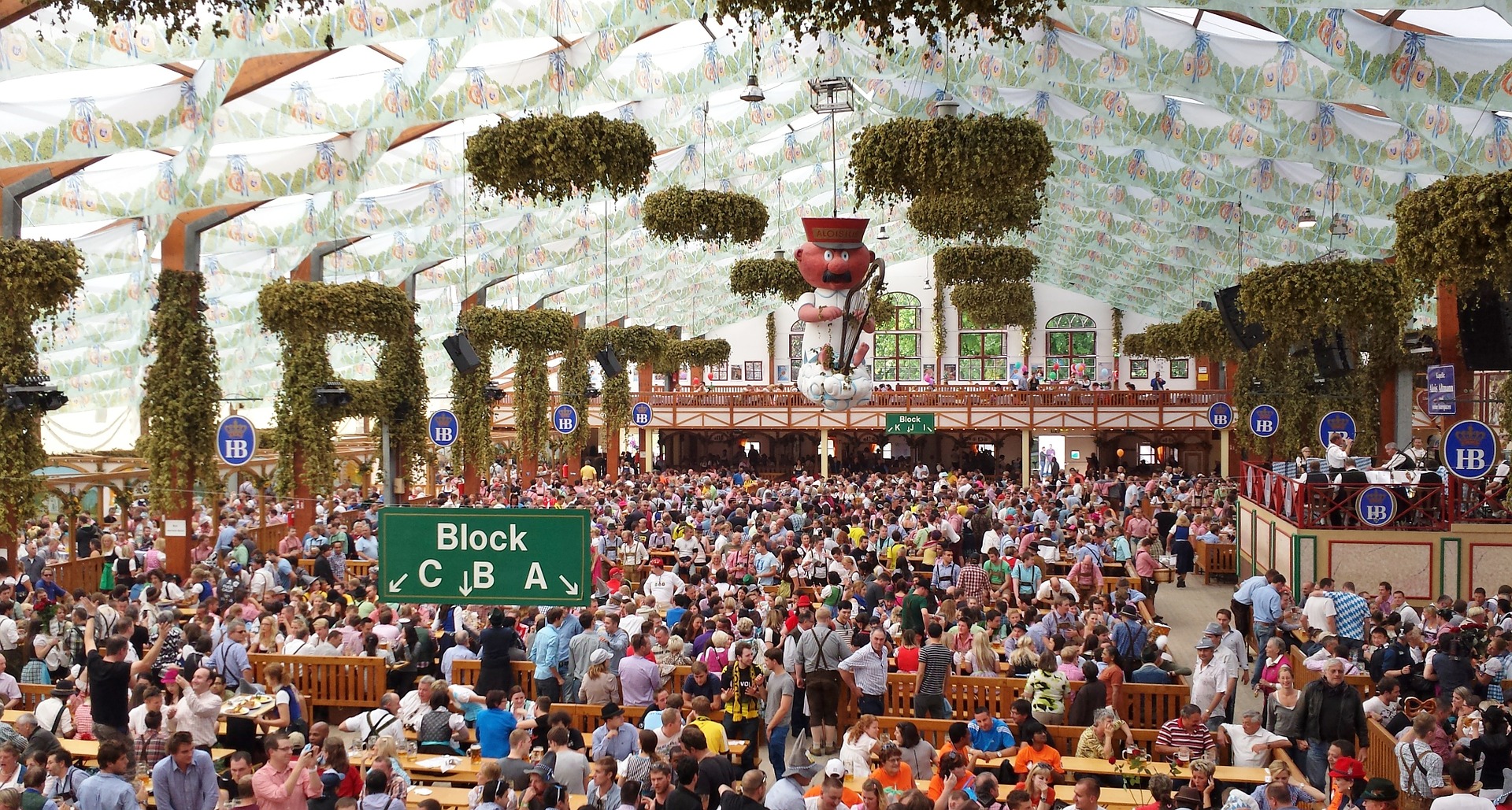 The excitement is not limited to beer drinkers. Families with kids will have a memorable time on fairground rides. Options range from nostalgic Krinoline to adrenaline-pumping Olympia Looping. And who would want to miss the old-fashioned fun brought by Teufelsrad.

Guide to the Munich Oktoberfest

To many people, myself included, the biggest attraction to Oktoberfest is the beer itself and the fun that goes with it. Only the extra-strong beers brewed for the occasion are available. They are from six Munich traditional brewers — Augustiner, Paulaner, Spaten, Hacker-Pschorr, Hofbräu and Lowenbrau.

There are fourteen big beer tents and 21 small food tents. Better be ready for a morning beer. Even with a seating capacity of 105,000, the tents may be closed before noon due to crowding. All is not lost since you can still enjoy Biergärten in good weather.

More than 7 million litres of beer are consumed each year. But be warned, around 600 suffer alcohol poisoning. Take the extra precaution and know how much beer you can take before you party your worries away. Overall, 600 is a small fraction compared to the six million merrymakers who are there to drink beer.

For extra fun, a growing fad among Bavarian youth is to wear traditional clothes for the occasion:  lederhosen for men and dirndl dresses for women. Tourists are picking up on the trend as well.

For the ladies be sure to wear it right. Dirndl tied at the right means you’re taken. If you tie it at the left, it means you’re single. If it’s tied at the centre, the modern meaning is that you don’t want to share your relationship status. Tied at the back is reserved for children, widows and servers. For men, Loafers are needed if you’re wearing short lederhosen. Loafers are calf warmers which are traditionally not worn with socks.

Beyond the beer, here other highlights rooted in tradition that each one of us should catch this 2021.

Procession of the Wiesnwirte (September 18)

This parade of the Wiesn landlords and breweries marks the start of Munich’s Oktoberfest. They ride on flower-adorned carriages led by the Munich Mayor. They are joined by the beautiful carts of Munich Breweries. Reminder to spectators, there are no parking spaces so don’t bring cars.

Schottenhamel-Festhalle hosts the tapping ceremony every first Saturday of Octoberfest. No beer will be served until the mayor taps the first barrel of beer (done with the least strokes possible). This is conducted exactly at noon. Twelve gunshots follow to signal other tents that they can start serving beer.

The story goes that  Mayor Thomas Wimmer in 1950 started the tapping ceremony. He was in a hurry and took the quickest way into a tent. The tent happened to be the Schottenhamel which is now the yearly host.

This parade is one of the highlights of the festivities opening. Customer wearers, bands, hunting clubs and more march from Munich city center to Theresienwiese. This started way back in 1950. It now gathers 9,000 participants from Bavaria and the rest of the world. It is always held on the first Sunday of the festivities.

The parade is led by Münchner Kindl on a horseback. Originally meant as a male monk, now comes to life as a young woman. She is selected by the Festring association. The requirement: she must be born in Munich, including her parents and grandparents.

For a better view, stands will be available along the route. Better be early since tickets are not numbered.

Around 300 musicians play Bavarian songs in this public concert which always takes place on the second Sunday. The event is held close to the base of the Bavaria Statue. It features a special conductor, a role usually filled by the Munich Mayor or celebrities. At the closing segment, thousands of balloons are released while the Bavarian anthem is sung.

Gun salute signals the start and end of Oktoberfest. On the final Sunday of the event, 60 shooters in traditional dress mark the end of the occasion, literally with a bang. Sound and smoke are due to the use of black powder rather than bullets. Brass band caps the occasion for a festive atmosphere.

Related Post: Reasons to plan a trip to Germany