Canada Travel – 10 Things You MUST Do While Visiting Toronto 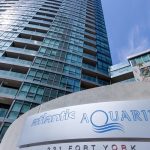 Are you going to be heading to Toronto soon and need something to do? Toronto is a beautiful city, but it’s also massive, so it can be hard to make up your mind with so many options. Here are ten things to do in Toronto from beautiful parks to museums and a place to get an incredible massage.Ten fun things that you can do when you go for visit to Toronto.Take a look at this article to learn about Canada travel. Canada Travel – 10 Things to Do in Toronto

Toronto Islands
The Toronto Islands can be a welcome relief from the big city. In order to reach them hop onto a ferry and once you’re there you can picnic in the lush green and go exploring the multiple islands. The area consists of three islands known as Center, Ward’s, and the Algonquin. Each island is known to offer something different.

The Distillery District
A popular area for tourists to visit is the city distilleries. Built in the early 1800’s, this district was known to be Canada’s largest producer of distilled goods from the Godderham and Worts Distillery. It’s advised you schedule at least two hours if you plan to visit here in order to give yourself enough time to see everything.

Hockey Hall of Fame and Museum
No trip to Canada is complete without seeing a hockey game or at least visiting the Hockey Hall of Fame! Check out this huge museum to see all the legends and greats who have played over the years and to see some great hockey memorabilia.

Massago
Massago is a brilliant massage company in Toronto that features different styles of massages from Swedish which aims for long, sweeping stroke to Deep Tissue massages to really target your big muscle aches and pains. They also feature Sports and Prenatal massages for athletes and the soon-to-be mom.

The Toronto Zoo
The Toronto Zoo is a famous zoo that features a massive array of exotic animals. The zoo features more than six miles of walking trails as well as 700 acres of roaming land. The zoo has an impressive number of animals at over 5,000 which is made up of around 400 species in total. Make sure to get a map before you visit here, because it’s easy to get lost! The park is generally open from 9:30 am to 4:30 pm, but be sure to get here early as it can take a large chunk of your day in order to see each animal.

Casa Loma
The Casa Loma is the past residence of Sir Henry Pellatt who was a former soldier. His dream throughout his life was to build a castle that overlooked the city of Toronto. Sir Henry Pellatt managed to accomplish that task and as a result built the Casa Loma which consists of a staggering 98 rooms!

The CN Tower
If you’re in Toronto, it’s impossible to miss the CN Tower. This tower reaches almost 2,000 feet into the sky, standing at an official 1,815 feet. It’s known as one of the seven wonders of the modern world by the American Society of Civil Engineers, so it’s definitely worth a visit. Don’t worry about climbing countless stairs either, an elevator will take you to the top in under a minute.

Ontario Science Center
If you’re a science buff, then check out the Ontario Science Center. This museum features plenty of fun exhibits that allow it to come to life more than the average museum, making it a fun experience for even the harshest of critics in your family. This is another large attraction both in size and attendees, so be sure to give yourself enough time to visit here. Some estimate that it could take the whole day to see everything.

Fort York
This fort dates all the way back to 1793 and is famous for being the most historic site in the city. It was used to protect Toronto from the end of the 18th century all the way through WWII. It’s full of fascinating history and is highly rated for its value. This is a must do for any history buffs out there.

City Parks
One of the cheapest and most relaxing activities while visiting cities is seeing the parks. The City of Toronto is home to plenty of City parks including the Corktown Common, Franklin Children’s Garden, Don Valley Brick Works Park, and the Humber Bay Butterfly Habitat. Be sure to visit some of the unique parks the city has on offer.

If you’re visiting Toronto and are unsure of what to do, here are some of the most popular activities that range from fun in the sun to sitting back and relaxing. Happy travels!