FAQs for Traveling Stoners: Can You Bring a Bong On a Plane?

More people get into trouble at airports for smuggling water bottles than marijuana. That’s the view of Denver International Airport spokeswoman Stacey Stegman. Though it remains illegal, finding pot isn’t a priority for airport security. When they do run into drug issues, they defer the case to local law enforcement. Airport security is more concerned about items that could be weapons. Despite this, you could face criminal charges if security calls the police. Can you bring a bong on a plane? If you’re a frequent smoker and a frequent flyer, you need to know the TSA etiquette.

This is a major inconvenience for traveling stoners.

It’s understandable that weed isn’t allowed, but can you bring a bong on a plane?

Avoiding jail time during your travels should be a major priority. Understanding the laws surrounding bongs and pot is a must for traveling stoners! Don’t get caught with your guard down.

Can You Bring a Bong On a Plane? Get informed about the laws, your rights, and useful travel tips: 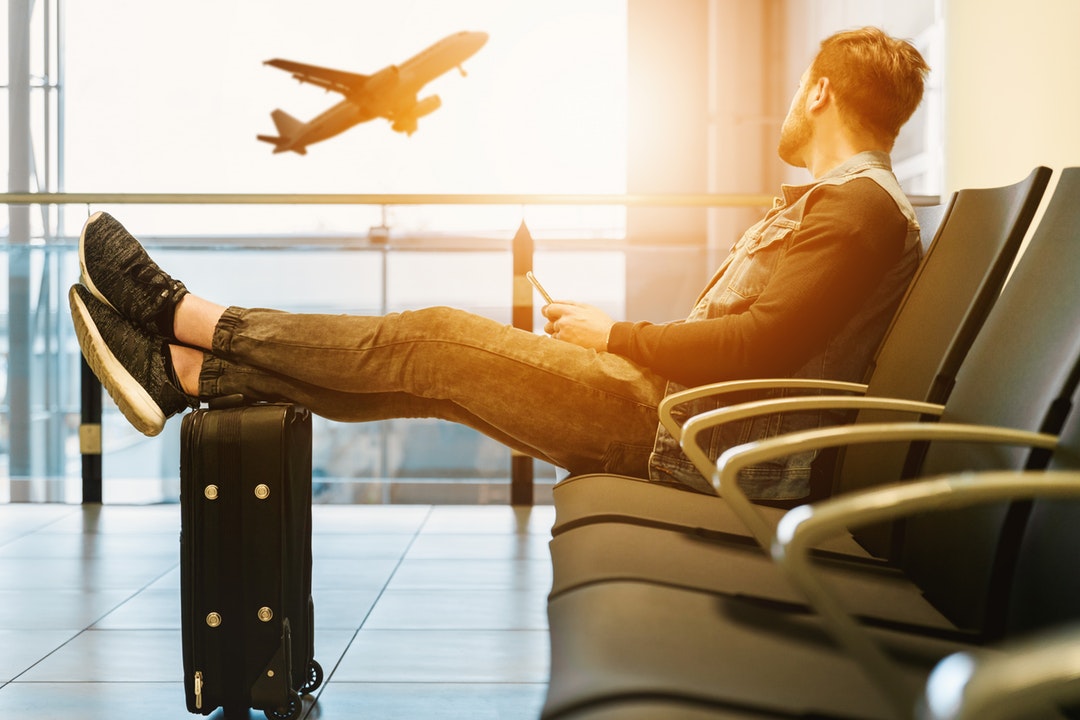 We all know how difficult it is to clean out a used bong, so it may be best to buy tobacco pipes or bongs brand new before traveling. Did you know you can even find mini bongs for sale which are perfect for traveling!

This blanket term covers any equipment used to consume, produce, or manufacture drugs.

If you get busted with paraphernalia, then it’s subject to seizure. The broad definition of paraphernalia allows cops to include a wide range of items like:

For Tobacco Use Only

If bongs and bowls are drug paraphernalia, then how do smoke shops sell them?

The answer lies in the loophole found in the “exemptions” section of the paraphernalia law. It states that these same items, when used with tobacco products, are legal.

It’s within your rights as a citizen to buy tobacco pipes, bongs, or papers.

So, will police consider your tobacco pipe legal or illegal? It’s circumstantial.

It isn’t illegal to have these items unless police suspect you are using them with drugs.

Your bong must be clean to use this exception! Don’t even try to claim your bong is for tobacco-use only if it’s lined with resin.

We all know how difficult it is to clean out a used bong, so it may be best to buy tobacco pipes or bongs brand new before traveling.

If you are on your way back home, then an online head shop can help you discreetly get your bong via mail.

A new bong isn’t a guarantee that you’ll make it through security without questioning.  At the least, police won’t be able to prove your intent to use the bong with marijuana.

This tobacco-only argument will be futile under the following circumstances:

What About my Medical Marijuana Card?

Conflicting laws about weed cause a lot of confusion but don’t make the mistake of misunderstanding federal law.

Getting caught with any amount or form of marijuana remains a federal offense.  This law applies even in states that allow medical marijuana or recreational use.

The Transportation Security Administration is clear. Medical marijuana is not allowed in any form.

TSA agents will adhere to federal law.  If an airport agent sees your bong, then they have the authority to call the cops.

Getting caught with any amount or form of marijuana remains a federal offense.  This law applies even in states that allow medical marijuana or recreational use.

TSA practice test for preparing is a good thing to check out before you go.

Never attempt to use your medical marijuana card as a pass to get your bong through security.  It won’t work, and it could get you into even deeper trouble.

Cops may consider your medical marijuana card an admittance of guilt.  It is a signal of clear intent to use the bong for illegal purposes.

It’s not a good idea to travel to another country without having a basic understanding of the foreign country’s laws.

Simple misunderstandings about the laws can leave you imprisoned, isolated, and stranded.

In China, drug smuggling is punishable by death.  It’s not unheard of for China to issue this heavy sentence to tourists.

Don’t ever let this happen to you.

Instead, read up on the country’s laws before you travel. Check out these travel guides for a list of important information in different parts of Latin America.

It’s much more difficult to get bongs through airport security when seeking re-entry into the U.S. The reason? You’ll have to get past U.S. Customs and Border Protection agents.

These agents are responsible for preventing illegal goods from entering the country. They have the legal authority to both detain you and seize any illegal contraband.

They’re notorious for seizing legal tobacco devices after classifying them as paraphernalia.

If this happens to you, then understand you maintain the right to petition the seizure. You’re entitled to fight the agent’s misrepresentation of your devices.

Can You Bring a Bong on a Plane?

Even after reading up on the paraphernalia laws, it still begs the question: can you bring your bong on an airplane? Let’s review.

TSA, CBP, and other federal agents maintain the authority to take away both your bong and your temporary freedom. This decision is discretionary.

Federal agents will continue to have this authority unless Congress passes new laws.

It’s legal to bring a tobacco bong onto a plane, but it’s likely you’ll get questioned by security. They may even take your bong.

Here are some tips to help navigate through the airport with your bong:

Should I Tell TSA About My Bong?

The tip above to remain discreet but not secretive is tricky to execute in real life.

Is it better to disclose your bong or wait for TSA to find it themselves? Understand there is no correct answer to this question.

The key is to remain calm and understanding with the agents. Individual agents will have different reactions to the bong, so it may be best to give a brief disclosure.

Let the agent know you have a tobacco bong inside your bag, and leave it at that.

This decision to disclose shifts the power to the TSA agent, which may lead to a more favorable outcome.

At the end of the day, the TSA agent is there to ensure the safety of all passengers.  If they don’t suspect you of doing anything wrong, then they are more likely to send you on your way.

It isn’t a priority for TSA to look for drugs.

In contrast, Border Patrol agents are more likely to assume your bong is illegal. It is their goal to prevent drugs from entering the country, so they will be actively searching for drugs and paraphernalia.

I’ll See You in Court

In the worst-case scenarios, federal agents may subvert your rights. Like we talked about before, TSA and Border Patrol agents often seize tobacco pipes.

The misclassification of legal bongs, bowls, or tobacco pipe bags is an issue for the courts to sort out.

Courtrooms will analyze various factors before making a judgment on your bong. They will consider:

It would be unwise to pursue a lawsuit against federal agents if you were also found with marijuana.

Any evidence suggesting you intended to use the bong with marijuana will harm your case.

Your Right to Bring Bongs on Vacation

So, can you bring a bong on a plane? Yes, when it is clean and clearly intended for use with tobacco.

At the end of the day, tobacco bongs are legal, but federal agents have the discretion to take it away. Your best bet is to avoid bringing anything else that agents may perceive as illegal.

If your bong is seized, then you may need to look into your legal options for fighting the TSA or Border Patrol agent’s decision.

Have you ever been successful at transporting a bong by air?

Let us know in the comments section below if you have any more suggestions for getting a bong onto a plane. We want to hear about your experiences!

Are you looking for even more helpful tips and tricks to make your vacation great? Don’t hesitate to reach out to our travel planners with any questions. 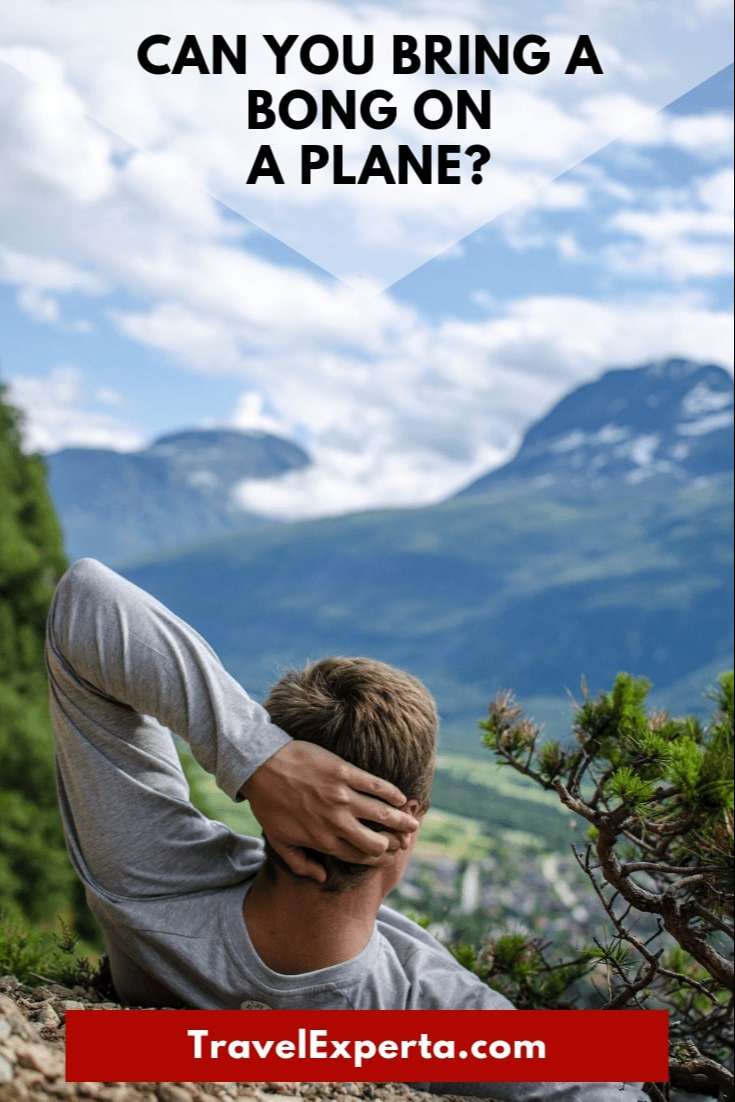 2 thoughts on “FAQs for Traveling Stoners: Can You Bring a Bong On a Plane?”