Beignets turned out to be not only the food of choice for my kids, but we found ourselves eating them literally for breakfast, lunch, and sometimes dinner. And this was true for four out of the seven days we were there. Needless to say, I gained at least five pounds of beignet goodness, something that will take me a very long time to forget. And where was all this eating being done? Cafe Du Monde.

This famous restaurant became our second home for us.

Why Cafe Du Monde Riverwalk Is the Place To Be

When I say we spent almost as much time here as in our hotel, Maision Dupuy, I’m totally not lying.  After discovering this awesome spot we were here two to three times per day. The fact that it’s located right off of Jackson Square where the coolest street performers and artists display their talents, made it that much more of a fun place to keep returning to. 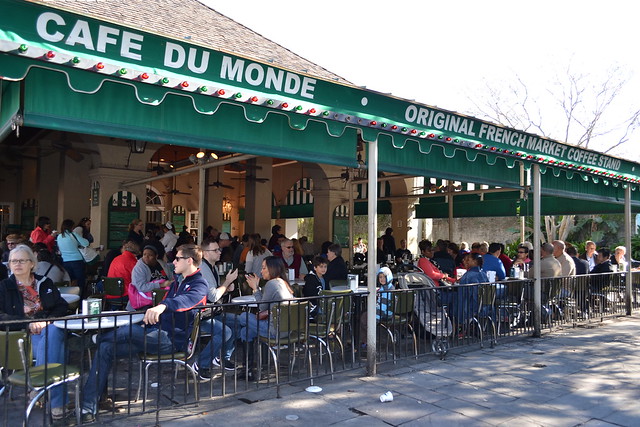 What I loved most about this cool spot was that the menu was super basic:  Beignets, Cafe au Lait, orange juice, hot white and milk chocolate and that’s it! Why can’t every restaurant be this easy? 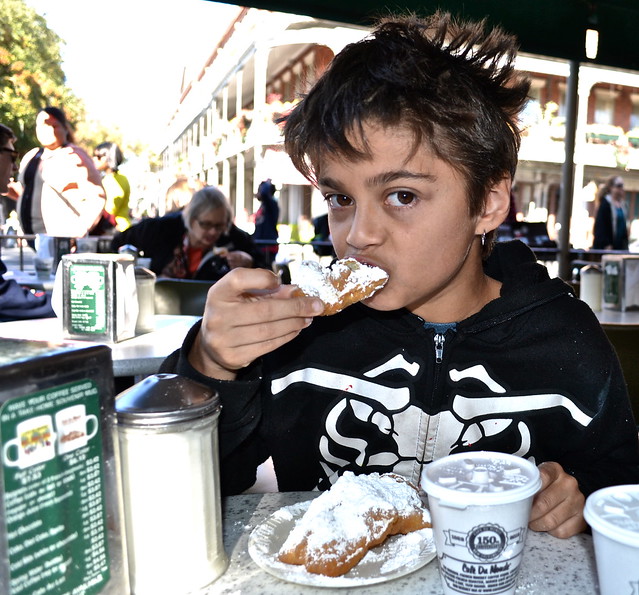 And it is so cheap – cafe du monde beignet price is $2.49 for three beignets. Which is enough to feed a child, with some leftovers for mama. Who can beat a price like that for breakfast, lunch or dinner. Plus, free entertainment – all.the.time. 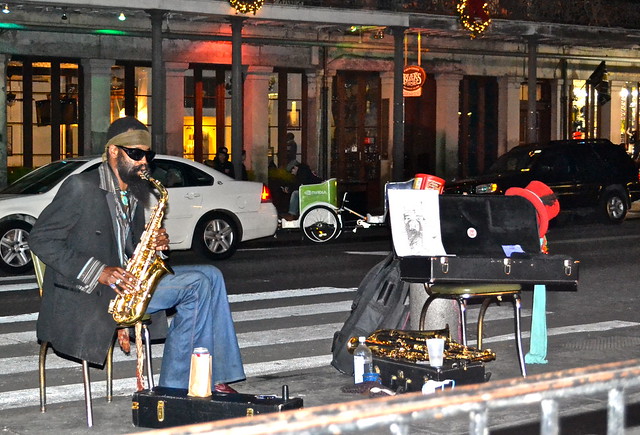 If beignets weren’t so scrumptiously fatty, I would have been the happiest mama on earth. But, unfortunately, they don’t exactly fall into the superfood category. Just a super-food during traveling. 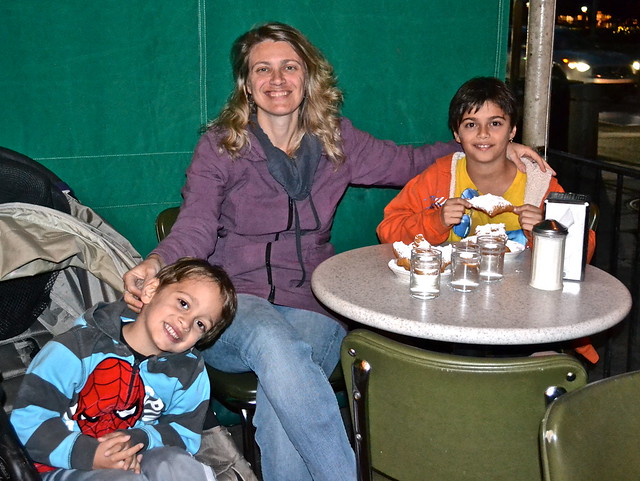