Hexbug Buggaloop Board Game for the Whole Family 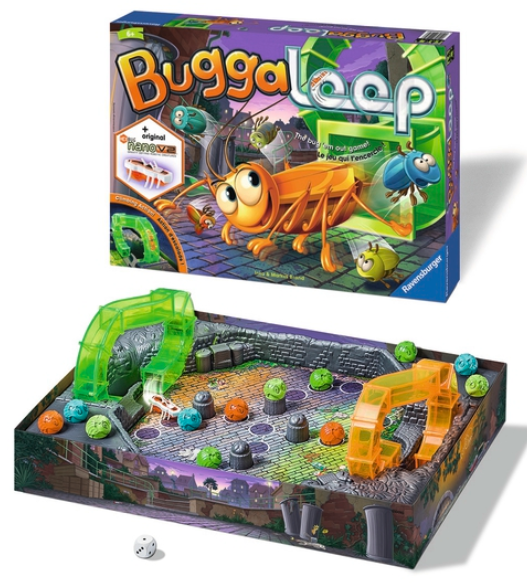 Ages ago I got my kids the cutest game. It was an electric bug that climbs tunnels and does other fun things. It was more of a show rather than an involved game.

When I heard about BuggaLoop, whose main character is the electric bug and it is a board game for the whole family, I was all over it.

What a fun, fun game!

Not to mention adorable.

You can have up to four players, and it’s pretty easy to follow along so even young kids around 4 or 5 years old can join in the fun.

The little bug is placed in a tunnel that takes him to a level below the actual board game, and once in a while he’ll come up on top where you are playing and move around all your pieces.

When he does that, that’s when the kids go nuts. He’s super adorable, and bumping all over the place moving stuff around.

Since there is no way to control him, he can be stuck on the bottom for a long time and making the kids impatient for his appearance.

The same when he comes up, he can bump and move around too long before finding his way back to the tunnel to take him back down.

But this doesn’t happen too often, and the fun and screams and energy you get from playing makes it all worthwhile.

About Hexbug Buggaloop Board Game

Where you can find them: Ravensburger site and Amazon. I also made a review of Ocean Labyrinth board game!