Every now and then a travel experience happens to you that really pisses you off and makes you feel fully out of control. This is what we felt crossing over to Nicaragua. I am grateful that my trip was for professional reasons and I was able to talk with people in the hospitality business who promised me that they will work hard at getting this issue resolved. However, it is my job to share with my readers about this and forewarn them. And, more importantly, make sure it is stopped! 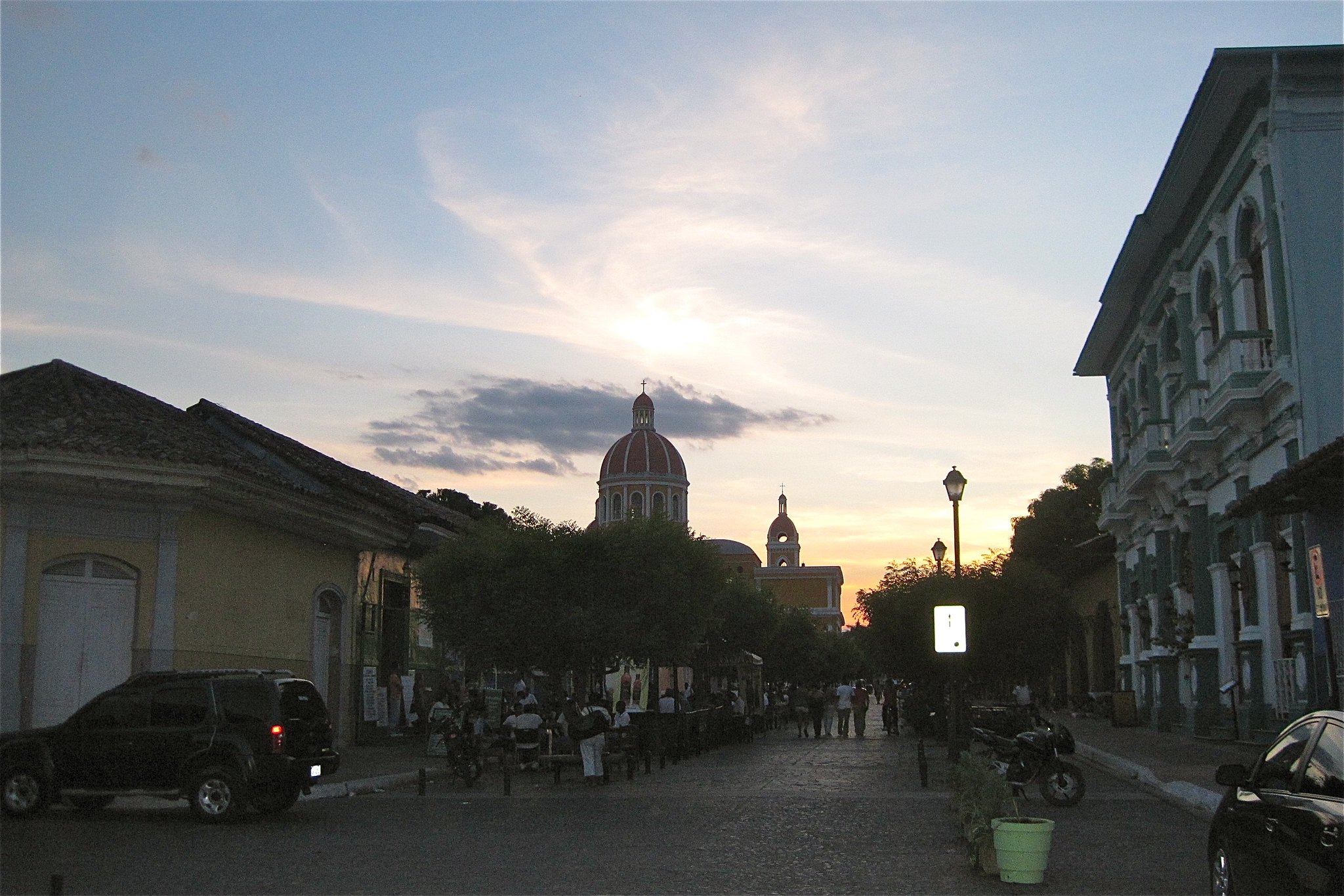 How to travel from Honduras to Nicaragua?

My family and I (my husband, me and my 2 sons – 7 year old and 1 year old) crossed the border from Honduras to Nicaragua. That same day we have crossed 3 other borders: Guatemala, El Salvador, and Honduras. Not once did we encounter a single problem.

That is until we edged towards the Nicaraguan border.

10 years ago I made this trek with my husband and I clearly remember that the Nicaraguan border was the friendliest. A lot has changed since then.

Right as we left Honduras and before stopping at the migration point in Nicaragua, a police officer from the Nicaraguan side stopped our car and asked the standard questions:

At that moment another ‘official’ comes over and says: In Nicaragua, if you’re entering with a car, you need to buy car insurance.

Since we live in Guatemala, we had car insurance that covers us throughout Central America. Being covered and he couldn’t get money from us that way. He immediately, in front of the police officer, asked for a Propina (tip or we call bribe). My husband, shocked at this, answered kindly – No Gracias, and we left.

Our next stop was Nicaragua migration. The line was really long. My husband and infant are both Guatemalan Citizens but my older son and I are US citizens, so we headed to the line, figuring Guatemalans have it easy, and I should be there to give my passport while my husband was walking around with the 1 year old.

As the line edged closer, behind me stood a Nicaraguan Tour guide that obviously comes thru these doors over and over again. The official behind the desk told him to move to the other line, right as it was my turn. I didn’t think anything of it and came up to him.

He knew the guide would see what he was up to.

In 2 seconds he looked at my passport, for no reason at all told me “You can’t enter” and threw it back at me. I said why not? I was 100% legal. He took it back angrily and went to his ‘supervisor’ who didn’t even bother to look at my passport at all.

It was all a show. No one cared about anything but a pay-off.

He came back and said fine, give me $25. At this point we were traveling for 12 hours and being with 2 little children I was happy to give anything because we were so tired.

I only had $50 and handed it to him. He gave it to his co-worker who I heard say: How much are you charging this one? He answered and got the change, and placed it out of my reach.

After all the ‘legal’ stamps were done, the guy gave me our passports, but not the change. I said can I have my change, he got angry and threw the money at me as though I was supposed to do him a favor and ‘tip’ him and his friends as well.

With this bad feeling, we got into the car just wanting to reach our hotel already.

But it wasn’t over.

About 30 meters later, in our car, another official comes over to us and says: Give me your car papers the ones they gave you in migration.

My husband responds: we were never told about any car papers.

The official screams in his face: I’m telling you now! Go around the corner and get photocopies done and give them to me.

Then he left. As we were searching for the photocopy shop, another ‘official’ comes over to us and says in a kind voice: Can I see your passports. Nothing about the car.

We handed over the passports, he pretended to look at them and then leaned in the car with a big smile and said: Can you give a “tip” for me and my family, while holding our passports.

What would you do? We gave him $20, and he smiled wider, giving us our passports. The guy about the car was never seen again, and there WAS NO photocopy shop anywhere at all!

We were soooo shocked at this in-your-face-corruption and how perfectly organized and orchestrated all the officials of GUASAULE border worked together.

We live in Guatemala which is considered the most corrupt country in Central America, where you would expect something like this, but never did I think I would get this treatment from Nicaragua.

I am a seasoned traveler and live in Central America for over 10 years. I was truly disgusted and if I wasn’t’ traveling with my small children would have turned around and never gone back to Nicaragua. And, I am also a travel professional, with a business in selling Central America tourism and I know for a fact that any of my clients if they received this treatment would turn around and not enter Nicaragua.

What is happening at this border is beyond just being illegal. It is ruining the face of Nicaragua and it’s people. With a first impression such as this, it becomes hard to enjoy it.

The people of Nicaragua, who we found to be friendly, helpful and kind deserve to have a better border control and the officials of this border need to be ALL fired and start with a fresh team that isn’t working hard to bribe the people crossing nor make people’s lives miserable. 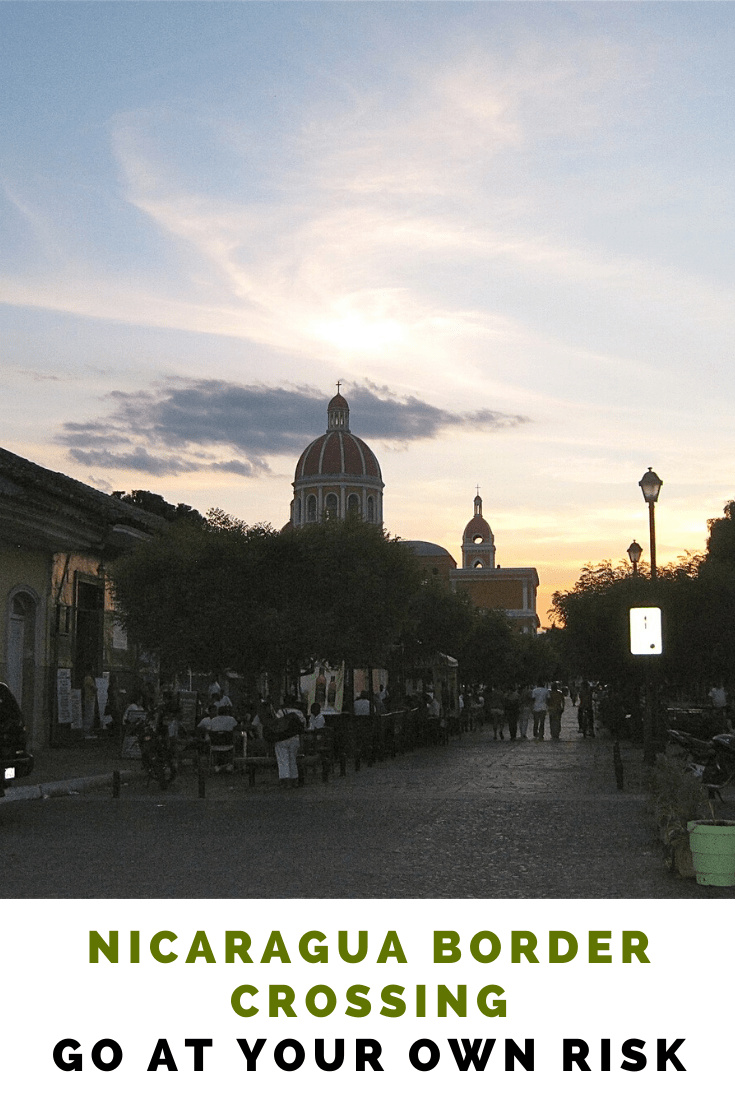