Bonneville Salt Flats: A Must See when in Salt Lake City, Utah

💡 You can listen to the full Utah Travel podcast here

Today we’re going to be talking about salt flats. Are you guys ready for an adventure? Let’s begin. Whenever I visit any place in the world, it doesn’t matter if it’s half an hour from where I’m living to going someplace internationally.

I always have a mini bucket list of what I want to see and do when I’m in that particular place. Usually they are quite local and a lot of times they’re either free or super cheap. So they’re not like some of them. Obviously, you will get some of those super expensive ones like I did when I was in Utah, we did the snowmobiling tour. I have a whole podcast on that.

I recommend you guys listen to it, but that cost like $550 for like a two hour thing. But the majority of the stuff that I do choose is usually free or super cheap. And one of those was super high on my list and that was the Bonneville Salt Flat. So what is the Bonneville Salt Flats? You are going to the great area, the Salt Lake City area in Utah.

And I was like, what is Salt Lake? What is this about? So that’s how I found out about the Bonneville Salt Flat. It’s about an hour and a half from Salt Lake City itself. You could take a bus or you could drive.

And the coolest thing about driving there, it is completely flat. You’re allowed to drive 80 mph, but there is not a single cop anywhere around. We were hitting 110 and no problem. It was so much fun, just that part. So as you’re coming closer to the Bonnieville, the salt flats, which is a twelve X five mile of salt flats, literally it’s just the salt crusted region that is 5ft thick and you could walk over it just to get an idea.

It’s like 300,000 acres. It’s unbelievable, right? It is so beautiful. The only place that I’ve ever seen anything like this was when I entered La Paz going to Bolivia from Chile and you crossed over this amazing salt area anyway. So I had to see it and take my kids on it.

It is so cool. They even have this time if you’re going to be planning it around. There’s this one time called Speed Week when they actually have these racers that race on the actual salt flight. It’s really cool. You need to find out exactly what it is because it’s usually different all the time, but it’s usually towards the end of September around that time.

But you have to check every year, right? So they do like these speed weeks anyway. So we weren’t there for that time. We were there in March and you just drove up there and you could just walk around and even taste it. It’s kind of cool.

I mean, it is something that you will never, ever really see anywhere in the world. And it’s totally free. To get there it’s so cool I can’t even explain it to you right I really recommend if you guys have it’ll take you an hour and a half to get there an hour and a half to come back and only about 30 minutes to actually spend there because that’s all really what you need so you’re talking about maybe 5 hours in total so you could leave in the morning and come back in the afternoon it is recommended because it’s something so unusual and so different and you could run on it you could even take your car on it I saw a lot of people taking their cars on it. You could walk on it, you could picnic on it.

The one thing is there’s absolutely no restaurants there’s absolutely nothing around there so make sure that you come with a full tank of gas There are two gas stations but they’re like 90 miles apart so make sure that you do have all of that with you and bring some food and water because none of that is anywhere around that we’re talking for miles and miles and miles it is just stark just nothing but salt flat literally it is super cool so if you guys have a chance to do something different wherever you’re visiting I recommend putting in a little bucket list and finding that time and if you are visiting Utah especially on the salt Lake region salt Lake city region go and check out the Bonneville salt flats I guarantee you will love it and if you guys want to get more ideas of free cool things to do wherever you are visiting. I have a ton on travelexperta.com that’s a travel expert with an A dot com.

If you guys enjoyed this episode please make sure to leave me a review and share it with your friends. Remember to always make every day an adventure. 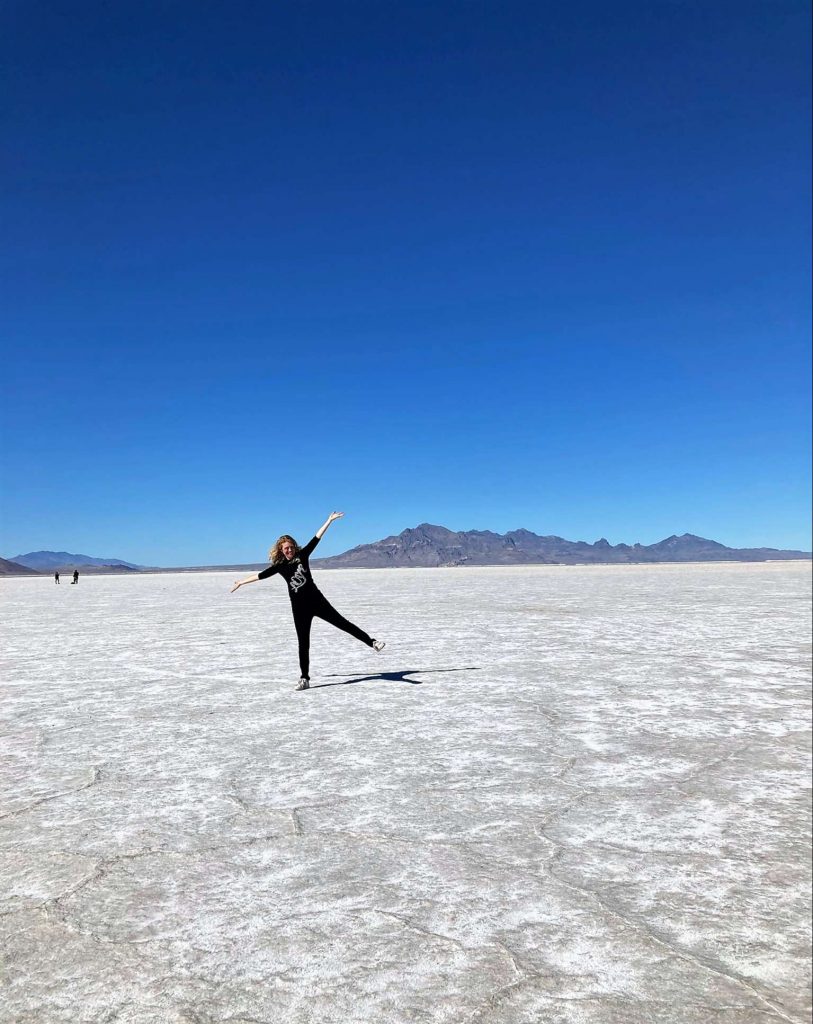 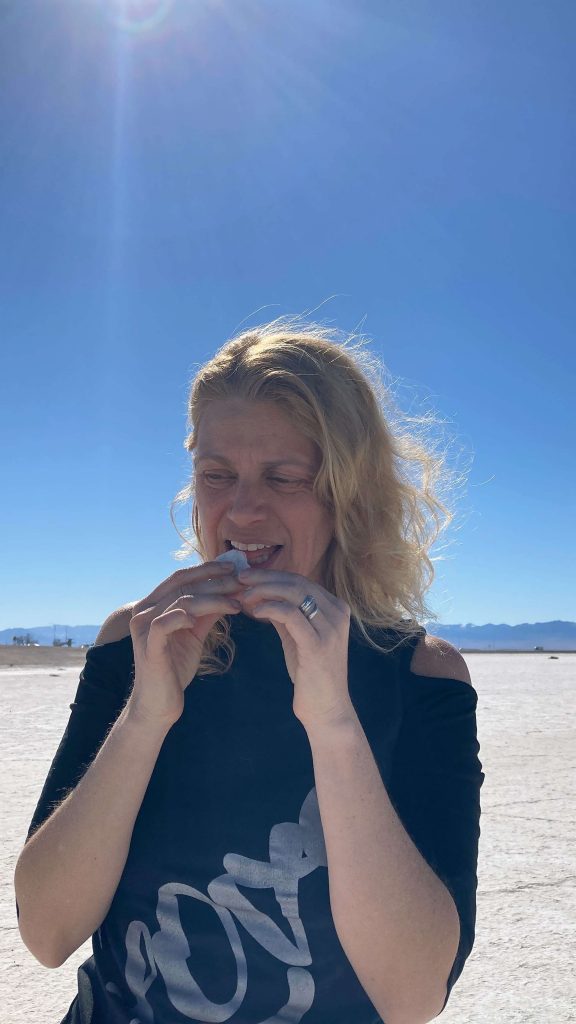