Burlington Bike Tour: The Best Way to Explore The City 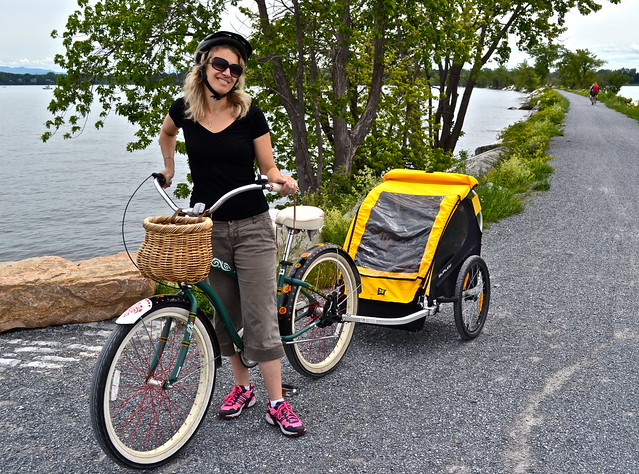 Who would have thought that my 11-year-old boy could pull off 26 miles of biking in one day? Especially since biking isn’t something we do on a regular basis back home. As a matter of fact, the last time he was on a bike was almost six months ago when we visited my parents in Florida.

So when my son agreed to do thirteen miles in each direction by bike, my husband and I were a bit freaked out about what we would do if he couldn’t handle it.

My decision to do 26 miles came about after I talked to Emily, from Local Motion, in Burlington, Vermont about our upcoming trip and bike rental. Listening to her passionately talk about biking in Burlington, I knew we had to do the Island Line Trail, at least a portion of it.

The trail actually goes all the way up to Canada, but a fun day trip is to start in Burlington and head to Allenholm Farms, which is on the first island, South Hero. And the reason I chose this location is for three reason:

Burlington is the epitome of a biking city. There are so many amazing routes, roads, trails and respect for bikers that the city is rivaled with Portland, Oregon (said to be the number one city in the US for bikers). It’s a great place for best beginner road bikes and riding.

After arriving to Burlington, I can see why. There are bike lanes along the main streets. When you head to the waterfront that’s where the bike route truly blossoms into one of the most beautiful routes I’ve been on in ages.

Local Motion was recommended to me by Laura, from Vermont Vacation. Before any trip I do a lot of research and work closely with the Tourism Boards of each destination. The people who work in these organizations, not only know their stuff, but have a deep love for it. That’s probably the reason they work there in the first place.

After reading as much as I possibly could about Burlington, I knew that the number one thing I wanted to do was a do-it-yourself bike tour. That’s when she directed me to Local Motion. This non-profit organization is a lot more than just a bike rental outfit, it is an integral part of Burlington’s community to improve and promote biking (more information about them below).

Note: You don’t have to do 13 miles each way. You can do as many miles as your family wants to. But I would recommend making a day out of it because there are plenty of pit stops along the way. And if you have other stuff planned, you will feel rushed and not liberated enough to do more, if you want.

Local Motion’s store is located right on the bike route and has a ton of different bikes to choose from. You can do the regular hybrid bikes, tandem bike attachment for kids (I recommend reserving these since there aren’t too many of them) and kids bikes. They even have a whole slew of carriage attachments for younger kids. 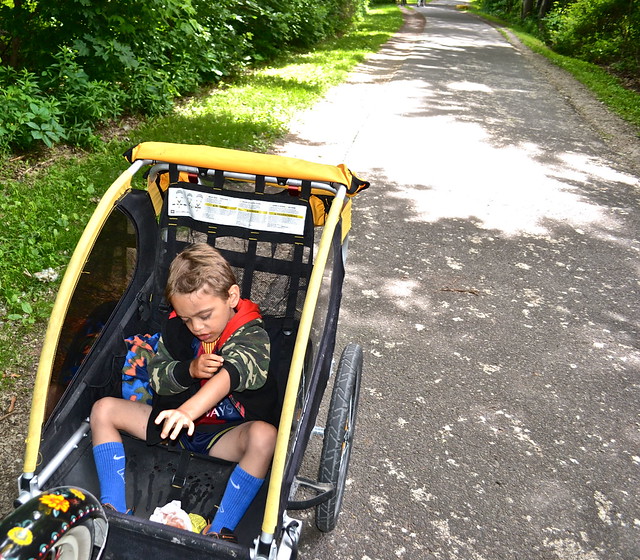 The bike route is about ten miles to the bike ferry. It takes you through different communities, but on a separate path where no cars go. 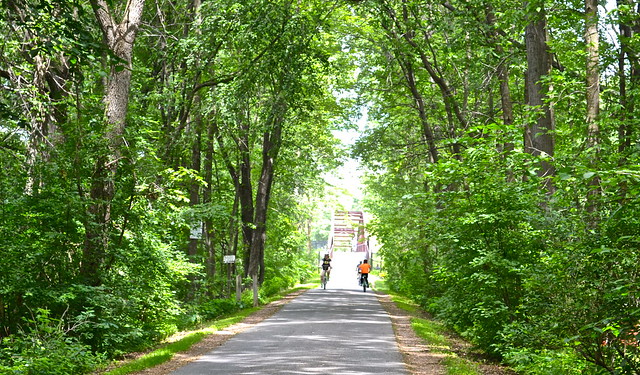 Then you arrive to the causeway which is only for bikers and walkers. And this is the most mind blowing trail which literally runs right in the midst of Lake Champlain. You have spectacular views on both sides of you.

The trail is flat so it’s easy to negotiate. And in perfect condition. 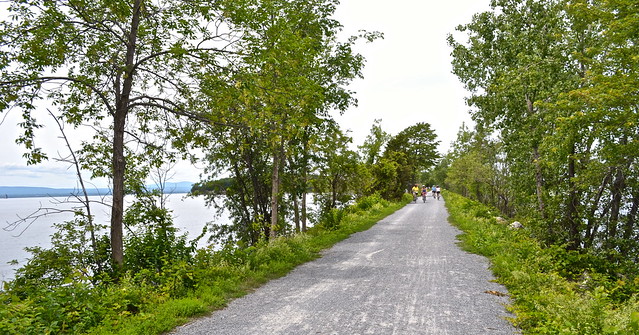 Oddly enough, the reason for the bike ferry is that there is a 200 foot break in the causeway. You can practically swim across, but with bikes that’s a completely outrageous idea. 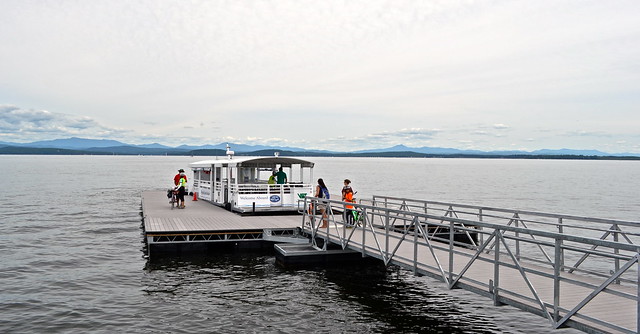 My take on the break in the path is that boats cross over from one side of the lake to the other and it’s much cheaper than building a small drawbridge. And besides, they earn money with the ferry.

The ferry is also a great resting opportunity.

Price for Ferry – $8 round trip per person, bike included

They have season passes which are around $20 for the season, making it super affordable if you plan on using the ferry more than three days.

After the ferry ride, the causeway ends and you start on country roads.  Even though we are on roads with cars now, I wasn’t worried for my son at all, since we are in rural-landia. Aside the fact that there are very few cars on the road, the ones that are there seem to really respect the bikers and drive with a lot of caution. And the roads are wide.

Allenholm Farms and The Accidental Farmer

After almost eleven miles of pure cycling we made it to the farm.

The petting area was a huge hit for both my boys. 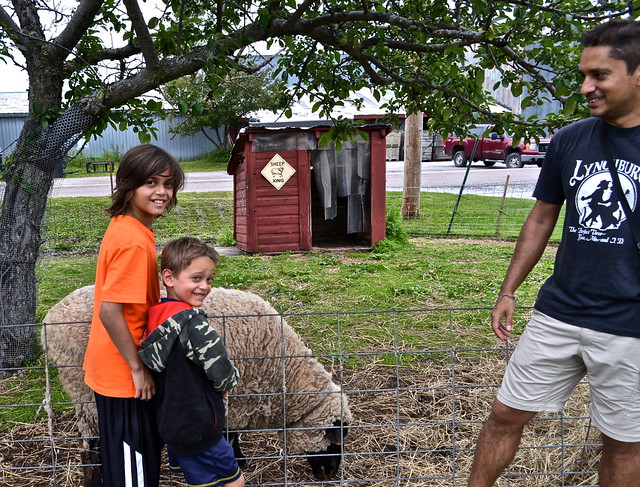 It was a perfect break to refuel and get back on the road.

Part of Allenholm Farm, but separately owned, is the Accidental Farmer Cafe. It offers great burgers, hot dogs, and tons more perfect for all ages to eat. 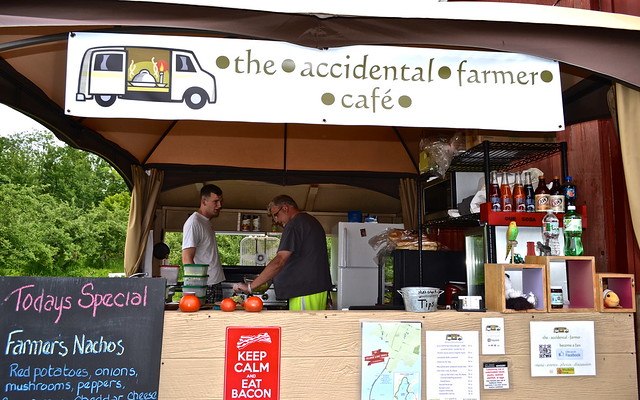 And the farm store itself offers snacks and the famous Maple Creamies (ice cream) which we devoured as well.

We spent over an hour here before heading back.

This has been one of the absolute best day trips my family and I have ever done. It was just the perfect combination of nature, exercise and togetherness.

Who They Are and What They Do

One thought on “Burlington Bike Tour: The Best Way to Explore The City”