The Best Places to Go Skiing In Switzerland

People, fond of skiing, usually visit Switzerland from the entire world to make their dream of skiing in the Alps true. But if you are not an expert skier even then you should not get sad as you can find a number of places in Switzerland where anyone, experts as well as amateurs and newbies, can go skiing. Most of the skiing resorts in Switzerland have excellent skiing learning programs along with terrain for easy cruising and lifts where beginners and learners can hone their skiing skills.

Though you can also find various large skiing centers in Switzerland but skiing resorts available here are made friendlier to the families. If you are visiting Switzerland from some other country then you can land either at Geneva or Zurich airport but most skiers land at Geneva as it is close to some of the best skiing resorts. From Geneva airport, you can also go from Geneva to Tignes, a popular skiing resort in France, if you want to have more experience in skiing after Switzerland.

Learn about some of the places to go skiing in Switzerland:

It is the highest area in the Alps for winter sports as the altitude of its terrains lies between nearly 2,500 and 4,000 meters which include a vertical drop of over 2,130 meters. Zermatt is also considered as the most iconic mountain of Europe. One can easily reach from Geneva to Zermatt to have unique experience of skiing. On one side of this skiing resort, you can see the pyramid like structure of the Matterborn visible from 360 km long tail system of Zermatt and rising from behind the town. There is Italian skiing trail on the Theodul Pass on the other side of Matterhorn which takes you down to the trail system of Italy. In the skiing season of 2017 Hublot-Express chairlift containing six seats was started between the pistes of Rothorn and Gornergrat. The under-construction highest 3S lift that can carry up to 2,000 skiers in an hour to the height of nearly 3,900 meters of the glacier of Matterhorn is expected to be opened in the skiing season of 2018-19. The skiers can navigate safely between mountains with the help of GPS system provided free by their skiing guide through their apps. Their apps can adjust your skiing route and time as per their style of skiing, weather conditions and safety. 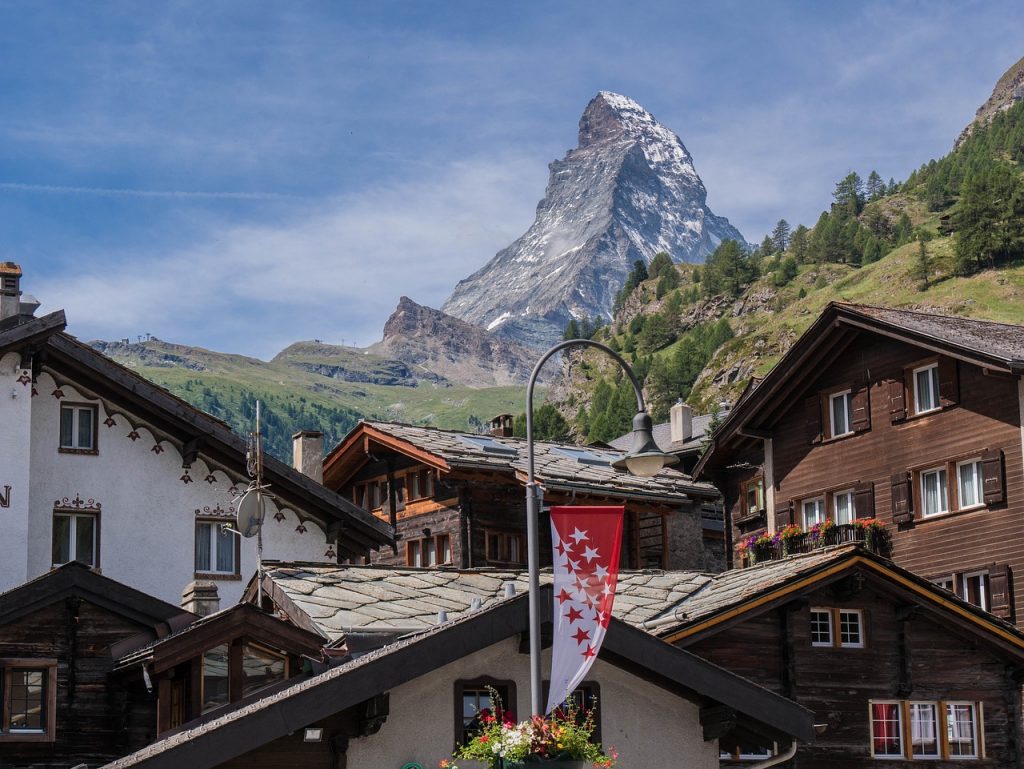 Jungfrau massif has three peaks nearly 4,000 meters high to provide amazing sloes and runs of almost 260 km to the skiers. From Kleine Scheidegg you can ride the Jungfraubahn railway to reach the height of nearly 3,450 meters where the highest railway station of Europe is situated. Alternately you can also take one of the dozens of cableways and lifts that run up to 12 km to reach the skiing area of Jungfrau which is known for its deep snow and long runs. The learners and beginners can start skiing from the slopes of Wengen whereas the runs of Murren are considered suitable for experts.

Winter Olympics have been hosted twice, in 1928 and 1948, at this skiing resort which is known as one of the most famous and oldest resorts for winter sports in Switzerland. It is also known all over the world for its Olympic slopes and skiing jumps. But today this skiing resort is open for all instead of Olympians and experts only. It has over 20 lifts to transfer skiers to the terrains of all levels of skiing. It is also know for some of its best and very long intermediate terrains of Switzerland. For viewing sweeping Alpines and prime skiing, from the town you can ride the Corviglia Funicular to reach nearly 2,500 metres high Corviglia. Moreover you can take Signalbahn from St. Moritz Bad on the lake’s shore to reach 2,150 meters high skiing area at the Signalkuppe. Though St, Mortiz is famous for its pricey and smart social life still you can get accommodation as per the needs of your family in Silvaplana at the distance of few minutes.

This skiing destination in Switzerland is just 90 minutes away from Lausanne and 2 hours away from Geneva. Though it usually gets overcrowded on weekends when you reach near 140km of runs and slopes through different 27 lifts you may not find any crowd. This mountain is also known for its 70 km long terrain for intermediate skiers and 55km long terrain for beginners and learners. In 2017 they have started Ski Kindergarten, magical carpet-covered ski terrain, especially for children. You can reach them through a new cable car, Montana-Arnouva. It also contains a snow island with a magic carpet which is known for snow tubing, a favorite snow game for families and novice skiers.

It is one of the largest and highest winter sports destinations in Europe. This area includes a number of skiing resorts spread over several miles in eastern Switzerland along the Landwasser River valley. Both Davos and Klosters are different types of towns but are known as the main centers for skiers. Klosters is usually chosen for its Alpine village-like environment along with its connectivity with multiple interconnected skiing areas which makes it easier for the intermediate skiers to choose the skiing destination of their choice. But it also has amazing terrains for expert skiers also. Similarly, Davos is known for its 140 km long skiing trail for cross-country skiing as well as night skiing, especially for Nordic skiers.

This skiing resort in Switzerland is known for the dependability and quality of its snow. It has the honor of winning the award of the Best Ski Resort. In the Valais region, it is close to the glaciers of Allalinhorn and Dom, the highest peak of Switzerland. Saas-Fee has 150 km of slopes and ski trails to provide1, 800 meters of vertical slope for comfortable skiing for intermediate skiers. For intermediate skiers, it offers 96 km long 26 trails in all. Along with it beginners get 37 km long practice slopes and trails.

Thus Switzerland offers a number of places to do skiing for all skiers according to the level of their efficiency. 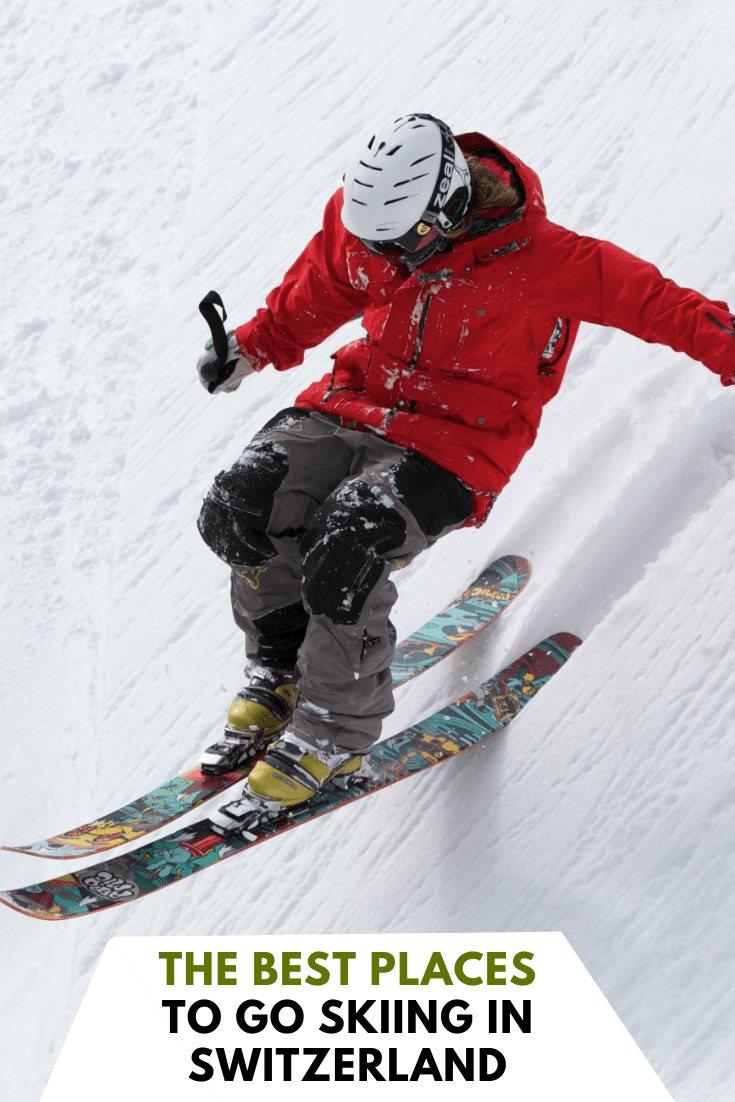