As travel becomes more accessible and people venture to what were once infrequently visited parts of the world thanks to the increasing number of flight routes available, their appetite for new gastronomic experiences has increased. One such potentially untapped source in Central America. Since I have been traveling here for a long time and begin an ex-pat in Guatemala I know pretty well the food in this part of the world, that’s why I gathered the best Central American food and dishes for you to try.

Belize, Costa Rica (You need to try some Costa Rican Festivals and Celebrations, the food is amazing), El Salvador, Guatemala, Honduras, Nicaragua, and Panama are the seven states that make up Central America, and probably one of them is a top foodie city in the world, the isthmus which connects the continent of North America to South America. Much of the fare to be found there is predominantly a combination of dishes derived from a complex mix of influences including Mayan, Spanish, African, European, and Asian.

Below, we take a look at 10 dishes you should be sure to try when taking a holiday in Central America:

Tamales are a dish that can be found throughout Central American countries, and each state has its own unique variation. Tamales originated with the ancient Mayans and consist of corn or maize-based starchy dough filled with meat, vegetables, chilies, cheese, or fruit, which is wrapped in a leaf wrapper and either steamed or boiled.

Tamales made from potatoes are called ‘paches’ while tamales Colorado (Colorado means red), for example, are made with a chicken, beef, or pork filling and a sauce of tomatoes and annatto seed. Sometimes olives, peppers, prunes or raisins, capers, and almonds may also be added.

Or black tamales, are made either from the blue-black variety of corn which gives it its color or as a sweet version with chocolate. These are similar to the regular tamale but have chocolate, raisins, prunes, and almonds added, making them sweeter and darker. The Panamanian tamales are larger and usually filled with chicken, raisins, onions, sweet peas, and tomato sauce.

Chicken dishes are popular almost everywhere, but for chicken with a difference, try Costa Rican chicken baked with ginger and a salad of palm hearts with tomato or cucumber. These can be found in many restaurants in Central America, but homemade versions are often far better if you get the opportunity to try them. Pupusa is the dish to try in El Salvador. It is a handmade tortilla made of either corn or rice flour filled with cheese, fried pork rinds favorites, and refried beans. For vegetarians, they have a version that uses a local squash called ayote rather than pork and is sometimes flavored with garlic. Restaurants offer a variation that includes spinach or shrimp. They can be found almost everywhere, from street stalls to fine restaurants, and are a combination of simple ingredients that is thought to be a derivation of an ancient Mayan dish.

Ground corn is made into a masa which is rolled into a round ball shape with a hollowed-out center into which beans and cheese or pork and local herbs are placed. The ball is then flattened into a thick tortilla and fried on a griddle. Pupusa makes a cheap and filling meal coupled with pickled cabbage, ‘curtido’ dressing, and hot sauce. Some are of the opinion that the best pupusa can be found at a street stall in Juayua El Salvador.

Chicha is the Spanish name for what is a traditional Incan drink still commonly found in many of the Central American states today. There are two versions of the drink to be found. Chicha de Jora is the traditional saliva-fermented corn drink favored by the locals but not always appreciated by visitors. Chicha Morada is corn based but not fermented. Sugar, cinnamon, cloves, and lime juice are added to corn syrup, making it more like a fruit drink and more palatable to visitors.

Lobsters can be found in many coastal areas of the world, and Maine lobsters are particularly well known. It has been said, though, that while in Panama you would be missing something if you did not try some fresh lobster caught by one of the Kuna fishermen, and it is even better if it is eaten on the beach. Most of the lobsters caught by the Kuna are shipped to the cities. Should you buy one and persuade one of the Kuna people to cook it for you, it is likely to be accompanied by side dishes of rice, potato and coconut rice, sweet plantains, or yucca. You can also get the best Maine Lobster Rolls from www.getmainelobster.com.

Balaeda is a Honduran version of the well-known tortilla. The dough is made from wheat flour, egg, oil, milk, or water mixed together then formed into tortillas which are cooked on a charcoal griddle. Once cooked, the tortillas are covered with refried black beans and farm cheese before being folded over like a taco that can be eaten at any time of the day. Balaeda can be bought at street stalls and casetas, though Balaeda Express and Super Balaedas in San Pedro are said to serve large balaedas with any filling you may fancy.

Refried beans are a mixture of pinto beans boiled for two hours then, when soft, cooked in a skillet with lard or dripping and Serrano chili and mashed to a medium consistency. The chilli is removed after cooking and the beans are finely seasoned with garlic and salt.

Anafres from Honduras is basically very large tortilla chips with a bean fondue and cheese served in a clay pot as an appetizer. The bean fondue is made from red or black beans, oil, garlic, salt, and a piece of melting cheese. Chorizo or jalapeno peppers can be added if desired. Ropa Vieja is a stew that originated in the Canary Islands and is made from leftovers. The Popa vieja made in Central America tends to be a hearty beef stew that is good on its own but can also be served with rice dishes and crusty bread. The beef needs to be cooked and shredded and it is usually prepared the day before making the stew. The shredded beef is cooked slowly in a pot with onion, garlic, peppers, celery, spices, fresh tomatoes, and olives.

Yucca, a starchy root vegetable, is used in the same way as potatoes in Central America, and yucca frita, or chips, are another popular dish. The yucca is peeled and cut into chips before being boiled then deep-fried to make golden brown chips. They are served as a side dish with hamburgers or chicken in most food outlets. 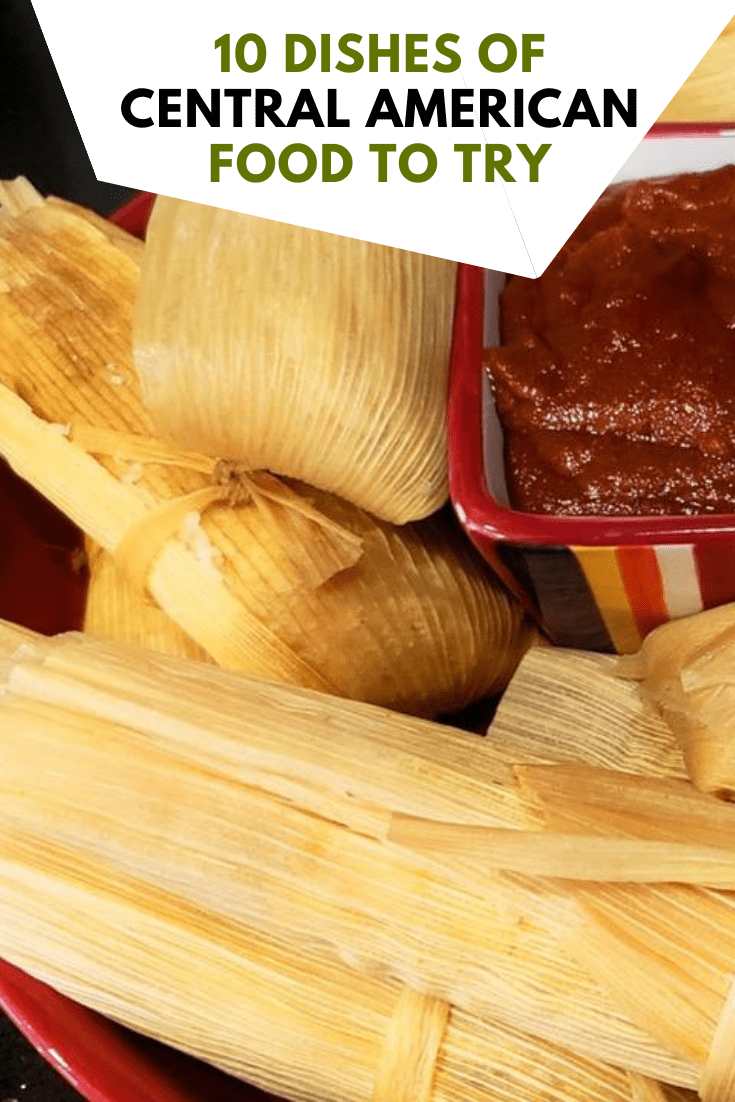 3 thoughts on “Top 10 Dishes of Central American to Try”