Beautiful Carousels of the United States to Bring Your Inner Child

For many, carousels bring to mind childhood holidays and cherished memories. As adults, those same people appreciate the careful craftsmanship that goes into the finely detailed animals that bob up and down to high, whistling music. Perhaps it’s worthwhile to dedicate a vacation to a trip down memory lane. What could be more fun than traveling to the most beautiful carousels in America? Information about some of the most gorgeous Carousels of the World. Take a look at this list filled with fun Carousels of the World. 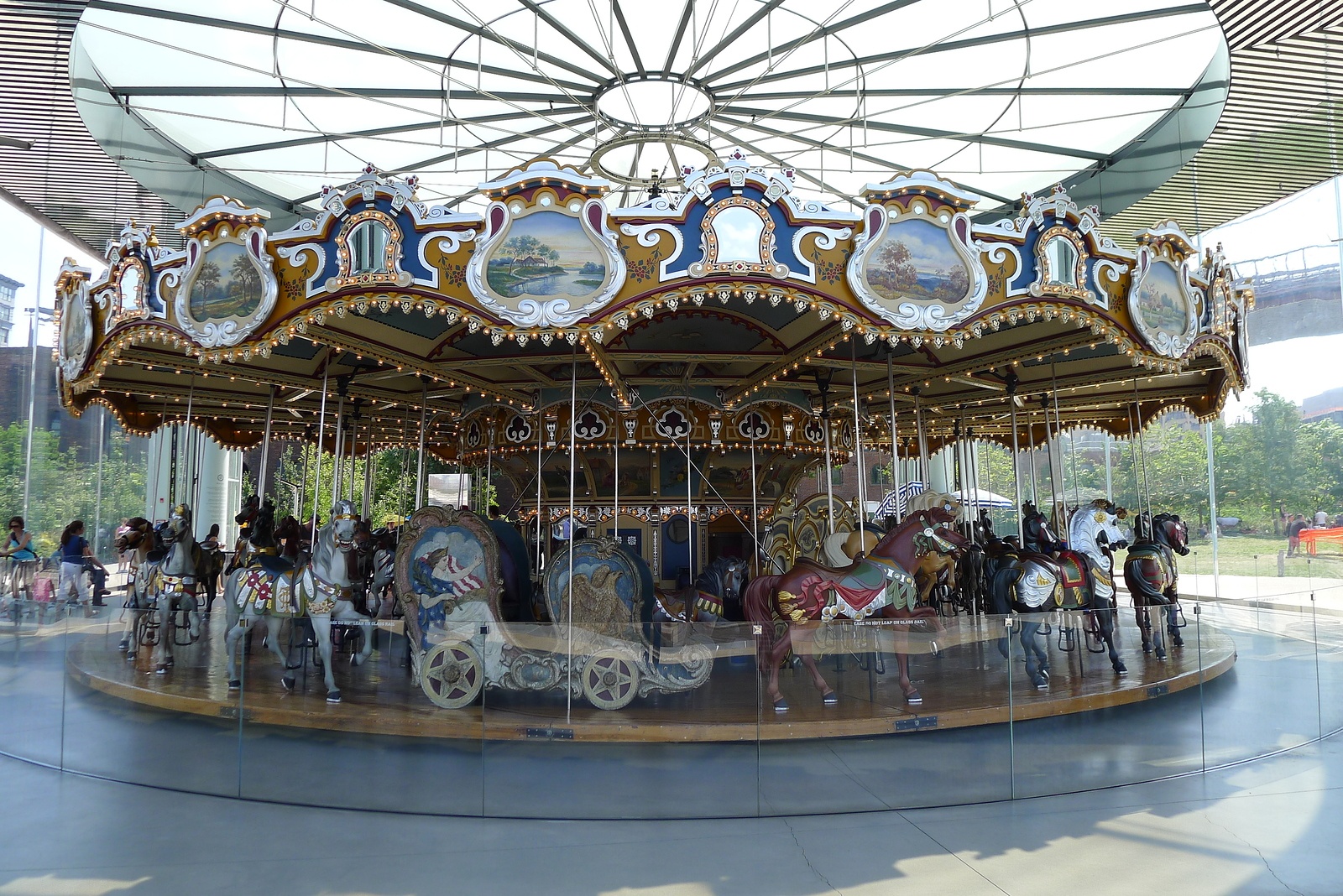 Most Beautiful Carousels in America

Here are a few carousels featured by Smithsonian Magazine for their beauty, history, or unique attributes.

Located in Watch Hill, Rhode Island. A time traveler from 1870 would find this well-preserved ride similar to its original condition. The Flying Horse has 20 stallions that populate the carousel, and its unique construction still delights children. The horses are suspended from a center frame, so it appears as if they are flying. Today, many of the ponies still have realistic tails and manes, thanks to the real horsehair used to top off lovely carvings. Parents can get a big win with kids, but adults themselves are left on the sidelines of this race.

Located between the Manhattan and Brooklyn bridges along New York City’s East River. It’s so precious, that the city built a $9-million acrylic jewel box to protect it from the elements. Designed by award-winning French architect Jean Nouvel, this merry-go-round was made by the Philadelphia Toboggan Company in 1922, and Jane Walentas took 20 years to fully restore it.

It was built by the Philadelphia Toboggan Company in 1905, then moved to Burlington in 1928. This was the sixth carousel that the Philadelphia Toboggan Company made, and its uniqueness has to do with the subject material. It’s the only surviving menagerie merry-go-round from the famous builders. It has other animals to keep the horse’s company as they speed around at 12 miles per hour, which made it the fastest carousel of its time.

For those who never got to ride a carousel as a child, it’s time to make sure the next generation doesn’t miss out on wholesome, iconic fun.

The Ringling Brothers Circus made and fixed their own props and carousels. There is a fascinating exhibit on the craftsmen at the Ringling Brothers Museum in Sarasota, FL. This would be a good way to round out a trip to celebrate the beautiful rides that gave children such great memories. The Ringling Museum preserves the vision of John and Mable Ringling and is currently the home for an art museum. Visitors can see articles made with care by circus employees, and anyone can see them free on Mondays.