Banging the Bodhran for Irish Traditional Music in Dublin

When you think of Dublin, you perhaps think first of the wide range of cultural and historical visitor sites awaiting the visitor fresh to Ireland’s capital city. You might think of its churches, art galleries, museums and castles and even the campus of Trinity College Dublin. But would you think of Irish traditional music?

You might think of Galway or Clare if you want to enjoy a taste of high-quality Irish music but let me tell you something for nothing, Dublin is teeming with great spots to soak up the best in traditional music. To get the true authentic sound of Irish traditional tunes, you have to hear it live and the best places to hear that sort of music in Dublin are pubs. So if you love the sound of a well-played bodhrán or the shriek of a tin whistle then get yourself over to Dublin, choose a cheap and cheerful option from someone like Travelodge Dublin Hotels and enjoy stopping off at the pubs that I recommend for you. 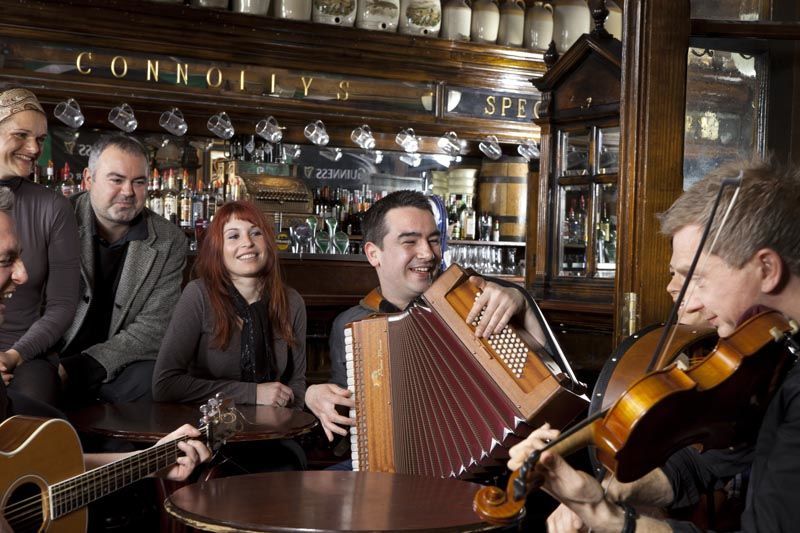 Irish traditional music is alive and thriving in Dublin and while you have to wary about some of the pubs presenting themselves as locations for quality sessions, there are many good options for the traditional fan. To really appreciate the skill of the musicians you have to see them up close and in these Dublin pubs you are literally sitting next to them while you sip your creamy pint of Guinness. You don’t even need an Arran sweater to fit in and have some real craic, this is proper Irish music performed by some of the best musicians on the island.

The first port of call is perhaps the best known traditional Irish music pub in Dublin and rightly so, the Cobblestone on North King Street in the city centre gives you everything you could ask for in a music session with mandolin and uilleann pipe players to beat any band. The Cobblestone clientele is a nice mix of local music fans and visitors to Dublin and doesn’t just have Irish trad nightly but also country, folk and bluegrass sessions from time to time. It also pulls pretty nice pints of Guinness to accompany the tin whistles.

Devitt’s of Camden Street is one of Dublin’s top venues for a proper traditional Irish music session. Upstairs on Friday and Saturday nights, Irish traditional musicians just turn up and play whatever they fancy so whenever you go, you’ll get something different. You could easily walk past Bowe’s on Fleet Street as it’s a tiny pub at least from the outside but that’s deceptive as when you go in it’s packed with excellent musicians ready to play. Sunday night is the night for Irish traditional fans with its sessions there attracting the cream of Ireland’s best traditional Irish musicians. And the creaminess of the pints of Guinness at Bowe’s are also an integral part of the session!

The Celt on Talbot Street on Dublin’s Northside just off O’Connell Street is a real haunt for the top Irish traditional singers and musicians with jigs and reels being played every night of the week from nine o’clock. M Hughes pub on Chancery Street has sessions three nights a week, Wednesday, Friday and Saturday and all of them are high class traditional music sessions. It’s very easy to get to, just a couple of minutes’ walk from the Four Courts Luas stop and a five minute walk to the Cobblestone if you want to drop in for a couple of sessions on the one night.

Finally, the old fashioned pub O’Donoghue’s has been a session favourite for many years. Located on Merrion Row, just down from St. Stephen’s Green, it is most associated with the Dubliners and the Furey Brothers and still has sawdust on its floor.

Find information about another five amazing places to visit in Ireland.