What is the first thing that pops into your mind when you think of Boston food? Seafood, of course! That means Atlantic Fish Company!

And you can’t visit Boston unless you visit the iconic seafood restaurants in Boston, right? So I went on the hunt for where to eat in Boston.

Gratefully, my brother lives there and without hesitation said: Atlantic Fish Company!

My family and I aren’t huge foodies. What we do look for are unique restaurants that are a part of the cultural beat of either the city or town we visit. And most importantly, that it is an experience that my kids will remember and associate with their trip, in this case, Boston.

Atlantic Fish Company was so much more than I expected in so many different ways. For all you mothers and fathers who dine with kids, if your kids can enjoy an upper-class restaurant for more than one hour without getting bored and driving you mad, it’s a huge feat, and you know the place rocks.

We were there for over two hours and when it was time to leave my kids were the ones dragging their feet and wanted to hang out longer.

However, aside from the friendly, entertaining atmosphere, the food blew us away!

Every day they print out a new menu with new specials, catches of the day, and fresh seafood that you can choose from.

We got an extra treat while waiting for our first dishes to come out. The friendly manager arrived at a table with a little buddy. Or more of a ten-pound lobster that my sons immediately named ‘Manny’.

This was a huge hit. We spent almost fifteen minutes with him and had a number of neighboring tables, without kids, join in.

Fun Fact – It’s said that for every seven years a lobster gains one pound. So this guy was over 70 years old!

Atlantic Fish Company is considered one of the top restaurants in Boston, for good reason. Aside from their famous Executive Chef – Danny Levesque, who is an artist for his recipes and food creations, its staff’s service, and treatment were unforgettable. And that’s huge since not many restaurants truly enjoy having families (even the ones that say they do).

Sometimes when you start looking at the menu, you want to try everything. But most restaurants have a totally different selection for entrées and appetizers. What I loved about the selection here is that some of the appetizers were smaller portions of the entrées. This gave us a chance to try both without overindulging. 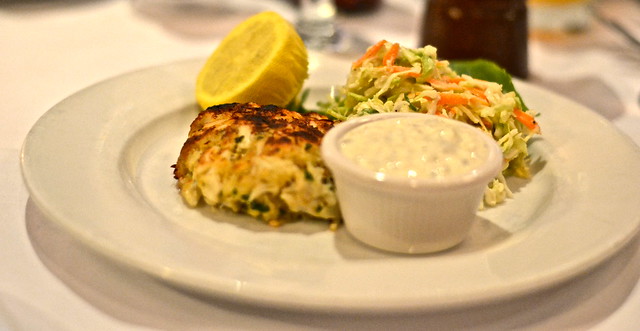 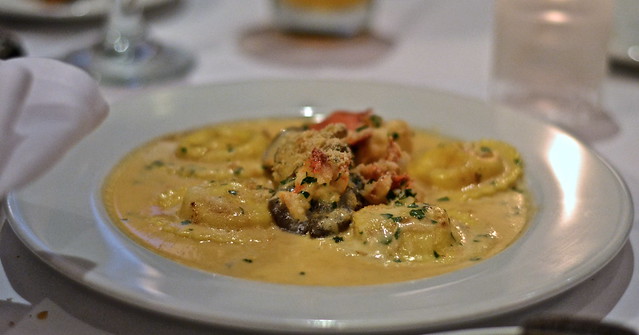 Scallops Wrapped in Bacon – this will bring you to absolute ecstasy!

You can’t be in New England and not get a New England Clam Chowder – OMG! This was the creamiest, heavenly soup ever. Writing about it right now, I’m drooling and craving for another bowl! 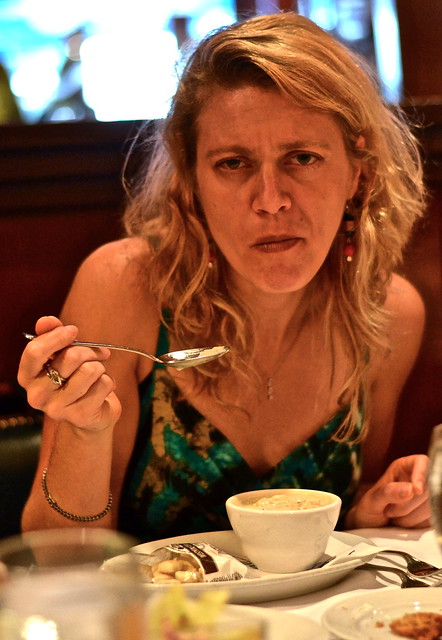 There were six of us at the table, with six extremely different palates (two of which belonged to kids under ten) so our diverse selections included a bit of everything, which gave me a chance to have a taste of it all.

Maine Lobster – you can’t be in New England and not eat a good ole fashioned Lobster! They offer all the way up to three pounds, or if you wanted the ten-pounder, but I was more than satiated with 1 and 1/4 pounds. 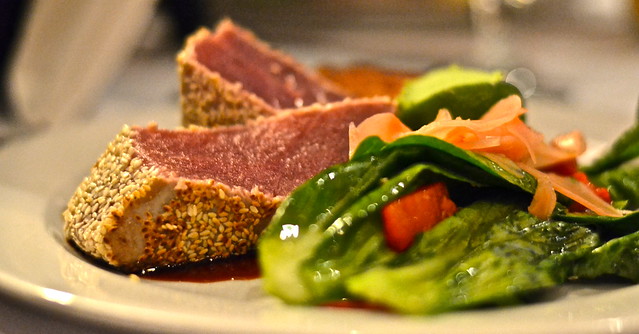 Costa Rica Mahi Mahi (came off the Today’s Fresh Catch section). Plus we had a choice of two sides which were English Peas with Sugar Snaps and Crushed New Potatoes. 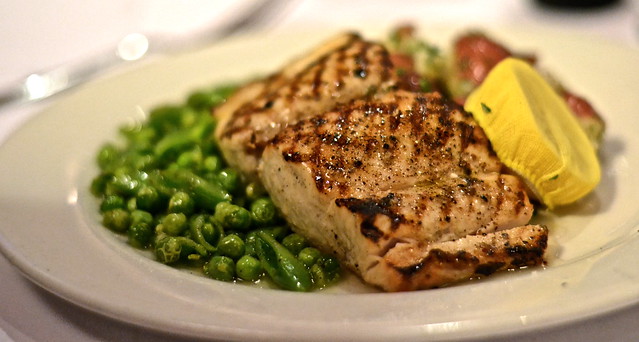 The Captain’s Platter – this is an amazing fried dish with shrimp, scallops, clams, and fresh haddock. My son actually got this because he wanted a taste of everything and there was no way I would get him one of each dish, so this was a perfect way to keep him happy. 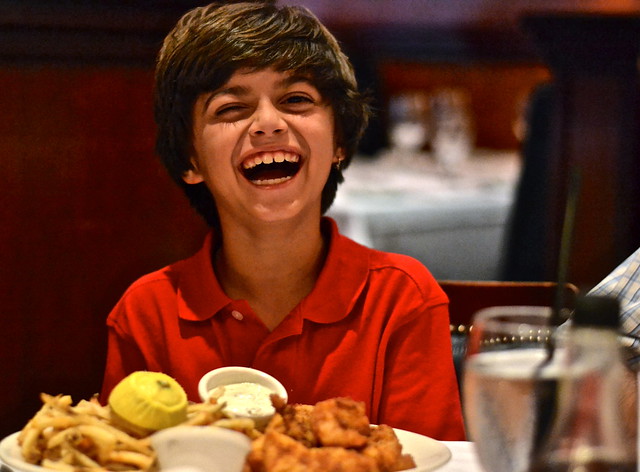 Something for Everyone – my baby was more than pleased with the corn on the cob saturated in butter from my lobster platter. And if he’s happy, we’re all happy. 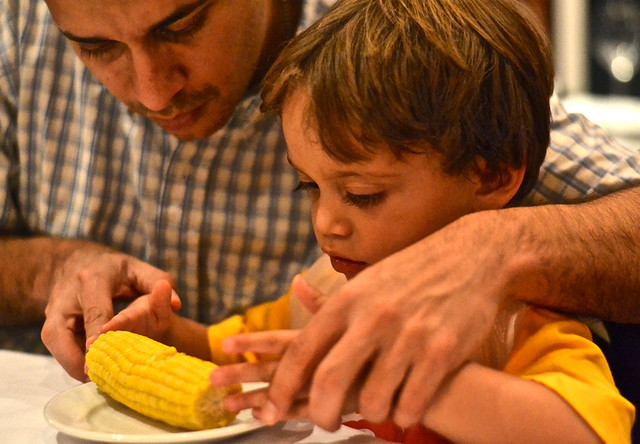 Since I’m not totally familiar with Boston, I can say this was really easy to find. It’s right next to Copley place in the center of town.

We made a reservation before arriving, and I recommend you do so too. We were there on a random Tuesday early evening and by the time we left there was a waiting line, which could easily be avoided if you just reserve beforehand.

If you can only go to one top notch restaurant, or only one dining out experience in Boston, I would say this is the one. Plus, you can sit outside to get the buzz of Boston truly flow with the mood and the food.