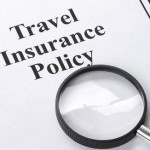 Even if you are not a nervous flyer, air turbulence can be unpleasant, and it seems that for some of us, it can turn into something more than a bit of a fright when the plane starts to get tossed around in the skies.Four air travel tips that you can follow to avoid getting injured during turbulence on your next flight.Take a look at these air travel tips.

As personal injury lawyer Craig Swap will tell you, there are plenty of examples of different injuries to passengers being caused by turbulence. Being struck by falling baggage and suffering any sort of injury in the skies, is seemingly not as uncommon as you might imagine.

The danger in the skies

There are a number of obvious risks associated with flying in the skies, but when you get on the flight, you are probably more concerned with how long the flight will take and what food is on the menu, rather than worrying about whether you are going to be injured by falling luggage, or some other often preventable incident.

The Federal Aviation Administration (FAA) keep a record of all reported incidents on flights, such as how many passengers suffer an injury as a result of turbulence.

The worrying aspect of injuries caused by turbulence is that the number of incidents seems to be on the rise, so is it to do with a shift in weather conditions or something else?

Airlines can’t influence the weather and there will always be incidents of turbulence in the skies, although they have to make a decision as to whether it is safe enough to take off in the first place, based on conditions and forecasts for where the plane is headed.

What may be adding to the number of incidents where people are getting injured by falling baggage during periods of turbulence, is the trend for passengers to try and stretch the hand-luggage limits to the max, meaning that there are likely to be more bags and heavier ones at that, in the luggage hold above your head.

A large percentage of recorded in-flight injuries every year are directly attributed to luggage falling out of overhead bins.

It is estimated that about 4,500 airline passengers are injured in this way every single year. Other common incidents that cause injury, include rolling food carts slamming into a passenger and causing them to receive an impact injury, and trips and falls caused by debris are also cited regularly as the cause of an injury.

Turbulence is definitely a key factor when it comes to in-flight injuries. A bumpy ride is not just unpleasant on occasions, it can also cause unbelted passengers and even crew members, to be thrown from their seats and injury themselves or others as a result.

Air travel tips A few seconds is all it takes

Turbulence can only last for a few seconds, but the damage that it can cause may well last for years afterward or change your life completely.

If you start to search for recorded incidents of turbulence and the effect this event had on some of the occupants of the plane, it does not take you too long to find some horrendous stories of injuries caused as a result of this natural disturbance in the skies.

An unsecured baby sent flying, six passengers injured and a crew member hospitalized after cracking her head against a ceiling panel, is the result of just one Boeing 737 flight, which an investigator described as “26 seconds of hell”.

An act of god

From an insurance perspective, airlines are unlikely to be held liable for accidents that occur as an act of god, which is the standard definition for a natural event could not be prevented from happening.

Whilst this insurance condition will help to ensure that an airline will not be held liable if a passenger is injured during a period of turbulence, the caveat is that they can only be exonerated if they can demonstrate that they took reasonable steps to anticipate and prevent injuries happening.

A good example of this would be when a flight crew were able to foresee that a period of turbulence was upcoming, but subsequently failed to provide their passengers with adequate warning, by telling them to put their seat belts on and return to their seats.

It is often part of the pilot’s job to anticipate and monitor weather conditions, so while they can’t be expected to prevent a natural phenomenon that results in turbulence, they can be expected to try and warn you, as well as making sure that overhead bags are as secure as possible.

One of the best ways to help stay safe in the skies, is to keep your seat belt on and raise any concerns about luggage in the overhead bins with a cabin crew member, before it is too late.

Personal Injury and Accident Lawyer Craig Swapp practices law in the states of Utah, Washington, Idaho and Colorado. He has dedicated his career to helping people who have been injured or killed as the result of someone else’s negligence or wrongdoing. He is a zealous advocate for his clients in their fight against corporations and the multi-billion dollar insurance industry.

Take a look at this other article to find more tips about how to make your flight more comfortable.