Rafting through the Grand Canyon’s magnificent Colorado River is on the bucket list for almost every American. Unsurprisingly, I was no exception. In a somewhat auspicious turn of events, I found myself fulfilling my lifelong dream exactly 150 years after John Wesley Powell, the first man to explore the full length of the river, made the journey and described the natural landmark as “the grandest canyon in the world.” Here’s my rafting experience through the Colorado River with Advantage Grand Canyon.

As I sit on a large inflatable raft alongside 13 other nervous adventurers and 2 guides, I can’t help but feel the magnitude of the Grand Canyon’s majesty. With the cool, fresh breeze from the river relieving us from the heat of the day, our tour group remained silent, awestruck by the unspoiled beauty and rich natural history that surrounded us.

Related Read: Everything You Need to Know About Ocoee River Rafting 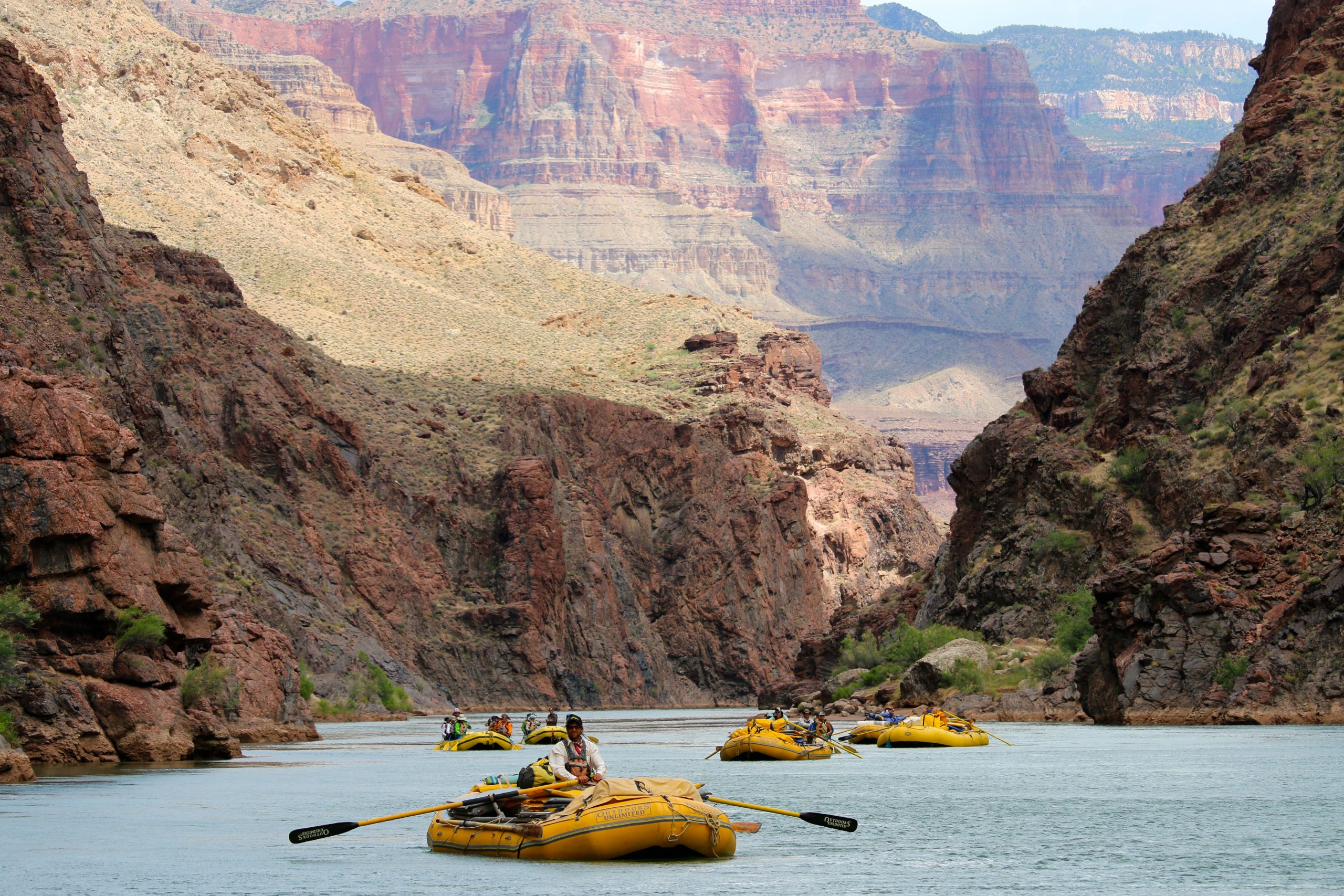 My six-day journey of a lifetime, arranged by Advantage Grand Canyon, began in Las Vegas. Early the next morning, we took an hour-long flight to Marble Canyon. Before heading off to our launch point near Lee’s Ferry, we stopped for last-minute provisions, namely, beer and wine or extra sunblock for the week.

The orientation meeting was my first chance to meet my rafting mates, a group that happened to be comprised of two tight-knit friendship groups from Washington and Vermont. It didn’t take long for me, a seasoned solo traveler, to be initiated into the group of Washington folks, and we were soon bonded like old friends. 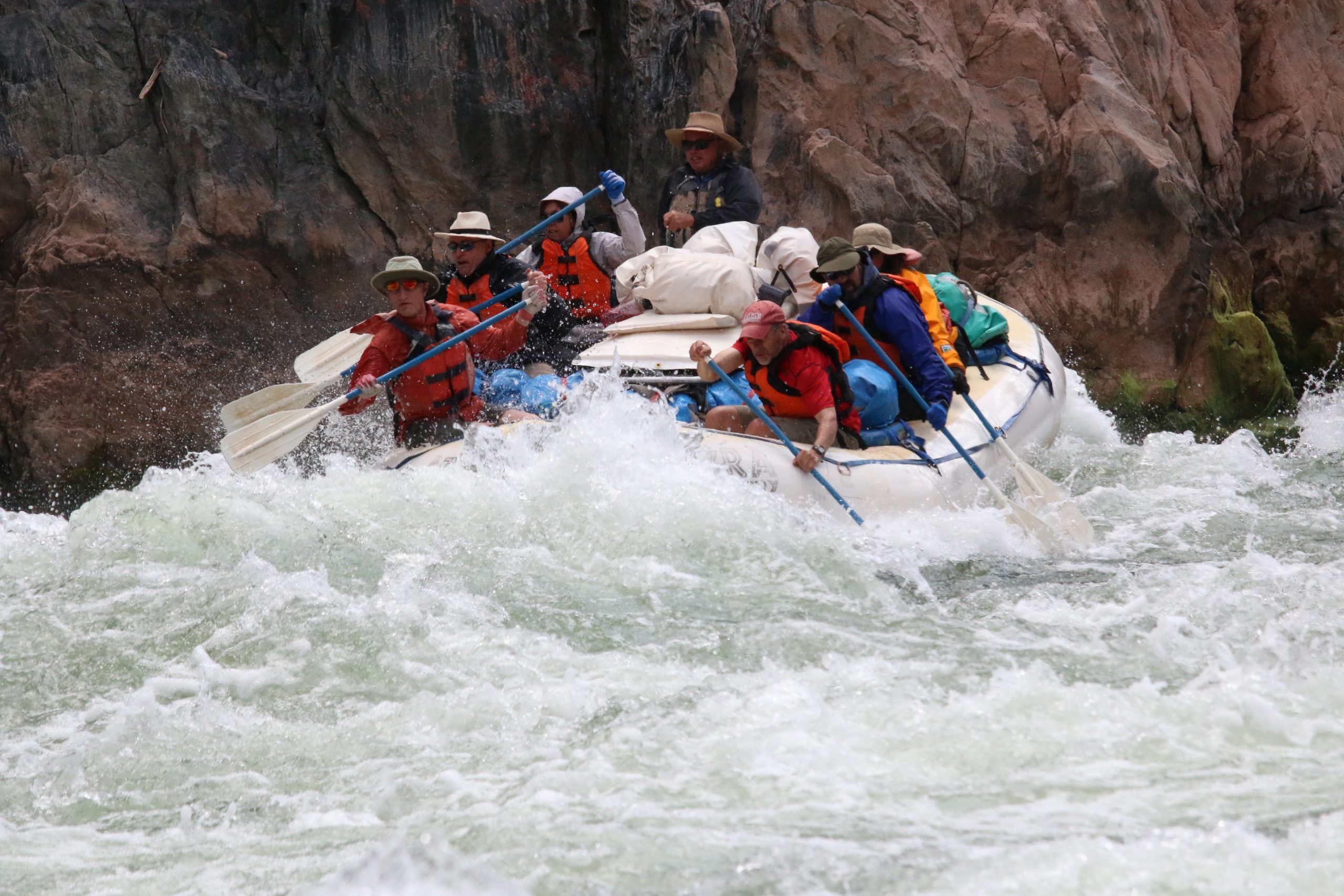 Our trip leader, Tucker, began to explain all the relevant safety information we needed to know for the 6-day journey. With 20 years of experience under his belt, a safety-first mentality as well as a wicked sense of humor, Tucker held our captive attention and had our immediate respect. It was at this point that reality set in; almost 18 months after arranging this trip and multiple delays along the way, I was finally here!

Before we began our journey, we were told to separate our belongings into a large dry bag and a small dry bag. The large dry bag contained most of our non-essential items and was only accessible at the end of the day. The small dry bag, however, contained essential items, such as sunglasses, and sunblock, that we would need during the journey – anything in this bag was fair game to the large rapids however the quality of these dry bags proved top-notch, as nothing got wet at all inside of them! Once our life jackets were in place, we formed our own little ‘production line’, with each team member passing along the bags and boxes to the next person. As a result, we made short work of loading the rafts and, shortly after, we were on our way. 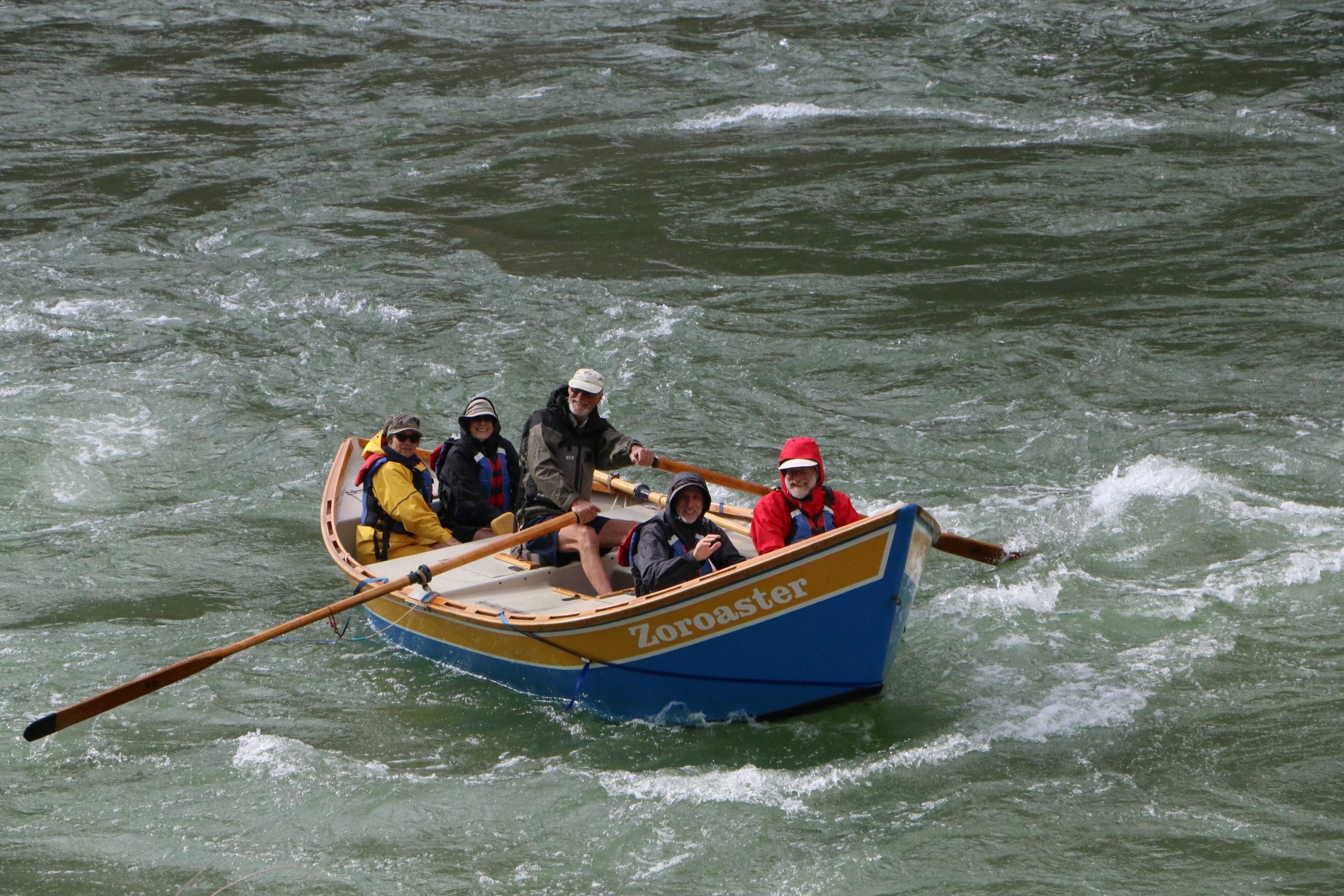 Rafting Through the Grand Canyon

Once the rafts reached mid-river float on day 1, Tucker began explaining how the rapids would grow in intensity as we continued down the river, much like the walls of the canyon grew in height with each river mile. “Most rapids in the world have a difficulty scale of 1 to 5,” he began. “Here in the Grand Canyon, the scale is 1 to 10. We will run 39 rapids along 187 miles over the next six days. Most are just fun, splashy rapids, but a few are challenging and technically difficult.”

Tucker then proceeded to name some of the rapids that we would encounter on the journey – names like Roaring ’20s, Hermit, Serpentine, and one fondly known as Sockdolager (a slang term used to refer to a knockout punch) had the entire team slightly giddy, but it was only the two ‘Mighty Tens’, known as Crystal and Lava Rapids, that had the group most eager with excitement.

Our confidence grew throughout the journey as we faced and defeated the first few levels of 6-8 rapids. Our S-Rig raft seemed like it could handle anything, except for preventing cold but refreshing 48-degree water from covering us all from head to toe. “Those in the bathtub in front need to grab onto the ropes tightly, hold on and enjoy the ride!” Tucker repeatedly warned us before we approached an oncoming rapid. There was always a great sense of security on these large motor rigs, which have a low center of gravity and are almost impossible to flip.  Despite their size though, there was no shortage of excitement as Tucker gunned it full throttle down the heart of the rapid each time, where it’s deepest in order to avoid dinging the prop. I felt like I was on an amusement ride at Disneyland, only we happened to be rafting in Grand Canyon and not on a rollercoaster.

Our days consisted of between 4 and 6 hours of rafting, setting up camp, enjoying the surprisingly delicious meals prepared for us by our guides, and searching the terrain for the iconic Bighorn Sheep desert. We also took short day hikes throughout the journey, where we encountered hidden moss-filled grottos, small waterfalls, and picturesque swim holes filled with iridescent turquoise water (perfect for cooling off, as these tributaries are warmer than the mighty Colorado River). The nankoweap granaries were one of the coolest hikes and stops along the way.

Unfortunately, our six-day journey flew by and came to an end on a nondescript landing by the river, heli-pad at Whitmore Wash mile 188. My group, although all slightly weathered from being in the wilderness for 6 days and nights and ready for the comfort of our own beds, were crestfallen as we unloaded the rafts and awaited a helicopter that would fly us back to a nearby ranch where we would take a shower, change into some fresh clothes and enjoy one final group meal before we all boarded a flight back to Las Vegas.

There is no telling how valuable this unique journey was for both my group partners and me. Not only did I tick off a top 3 item on my bucket list, but journeying through the mighty Grand Canyon also imbued me with a renewed sense of mental wellbeing, created some life-long friendships, and truly allowed me to appreciate the sheer beauty and wonder of nature.