A Visit to La Paz Waterfall Gardens in Costa Rica 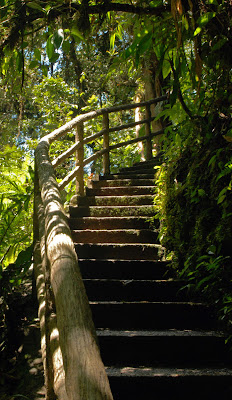 When Ramon gave me the news, I was enjoying the last of an early morning Costa Rican coffee. It was a mix of news and had everything to do with a visit to La Paz Waterfall Gardens and 600 steps.

Amigos, when we get there you’ll have to walk down the steps to see the waterfall “ 300 of them …“ he paused  … and take the same steps back to the top. So you have to climb 600 steps, he said casually as he pointed his finger up. I gulped down a mouthful of coffee and looked at the other travelers joining me on the trip for comforting signs of dread. Only one brave soul reflected my feelings.

He nodded Yes, you cannot exit the old way; now you have to turn around and come back up (again his finger went up). But don’t worry it’s not too difficult. I started thinking about my fitness, climbing 300 steps down was nothing but to climb up 300 steps was not attractive.

DJ“ the guy next to me “ shifted in his chair: What happened to the exit road, is it closed or something? 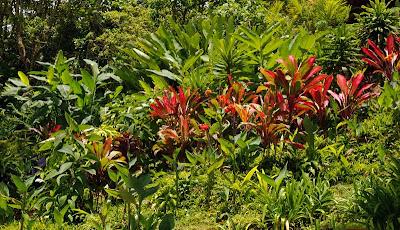 The earthquake. Ramon replied matter-of-factly, he stood up and walked over to the van. Unison of lights went on as the group chorused Ramon’s statement.

In January 2009 an earthquake struck the region outside Costa Rica’s capital San Jose. I remember reading it online and talking about it with a friend who was vacationing on the east coast at the time, but I didn’t take into account the enormity of it. Like most small natural incidents, the news had disappeared as quickly as it had arrived, soon forgotten. 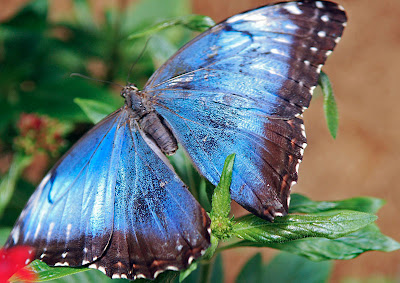 On the bumpy drive to the La Paz Waterfall Park, Ramon continued drip feeding us information about the earthquake: This part of the road was destroyed and has to be built again. He pointed to a landslip with uprooted trees sticking out of mounds of terracotta colored clay soil. We have to go slowly over this road because it is still being fixed.

Curious, I looked out the window onto the narrow unsealed road, down to the slip below and the giant diggers working on it. Landslides had chewed out enormous chunks of earth, leaving houses and fence lines dangling precariously over edges. Over twenty earth moving trunks were parked next to the embankment waiting for topsoil; bulldozers and diggers were either parked on a break or above the road working on stabilizing the land. It was a major piece of roadwork and looked likely to continue well into 2010. 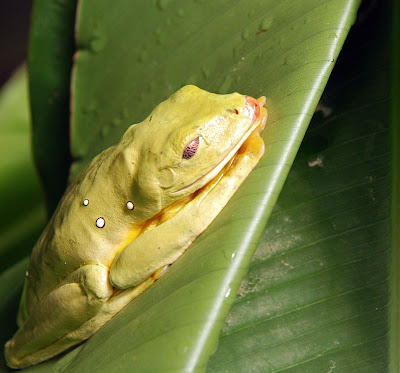 When Poas Volcano rumbled in January, it generated a 6.2 magnitude earthquake affecting La Paz Waterfall Gardens, the surrounding road system, homes, farmland and families. A group of cascading waterfalls, forested walking trails and wildlife lie within the park attracting many visitors yearly. There are four waterfalls in descending order which feed the main attraction and park’s namesake, La Paz. Although most of the wildlife attractions and the onsite Peace Hotel received little structural damage during the earthquake, the access road and sections of the trail to La Paz Waterfall were destroyed.

In the past, visitors could access the falls from several trail routes going at their own pace knowing that a shuttle would collect them at the bottom and drive them back to the top. Things had changed since January. 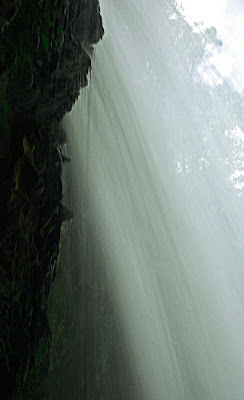 Standing on top of the hill at the entrance to the Park, I noticed everything around me looked new. The freshly painted handrails, retaining walls, concreted and gravel pathways, even the plantings seemed recently established between the bigger trees. The earthquake had clearly left its mark.

Ramon continued feeding us information as we set off down the path. He mentioned that the park had reopened two months earlier in July commenting on the aesthetics: â€œThis place looks so different now, much better and bigger. But still a lot of work to do.“ sounds of electric saws rose above Ramon’s voice and the banter of the wildlife.

New animal houses, a bigger aviary and more free animal attractions, including the ever lovable sloths, and a couple of gorgeous ocelots have been added to the park. I could see this place being the perfect spot for wide-eyed children and their parents, and for soft adventure travellers but perhaps a little dull for the serious wildlife seeker.

The group slowly meandered down the pathway, moving through the aviary with its playful toucans, past the screeching monkey house, then into the fluttering butterflies for some peace. Next we snuck quietly past the sleeping frogs ending up at the beginning of the 300 step descent to the waterfalls. 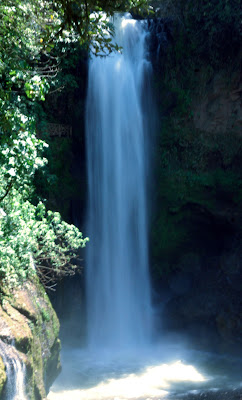 I opened out the trail map Ramon had given us earlier; black ink crossed out around fifty percent of the trails showing that only two of the five waterfalls were accessible, Templo and Magia Blanca, and only one trail was useable Bernado’s Trail (with its 300 steps). Caught up with the moment, I thanked myself for indulging in a big breakfast at the coffee plantation earlier and for being here during the low season; and took off down the walkway, leaving the group behind.

The walk down to the first and smallest of the falls“ Templo“ was smooth and easy, from the rocks on the beach, the waterfall sat to the left with enough water flowing to entice. It did show signs of soil erosion and slides around the mouth of the falls but nothing major. Vegetation would grow back eventually to cover the scars. Then onto Magia Blanca, the gradient changed needing stronger limbs to navigate the damp steep wooden steps â€“ I began to dread the climb back. Taking advantage of the midway view point, I stuck my torso as far underneath the falls as I could and felt the spray wash over my face and waters vibration underneath. The sheer force behind the falls was frightening but awakening.

I continued down the trail jumping over a small culvert that led to a side
waterfall, then down more wet steps onto the viewing platform. Magia Blanca’s white veil fell before me, ungraciously pounding and spraying. These falls were starting to draw me in. I hadn’t seen such waterfalls since I left New Zealand and wanted to see more. 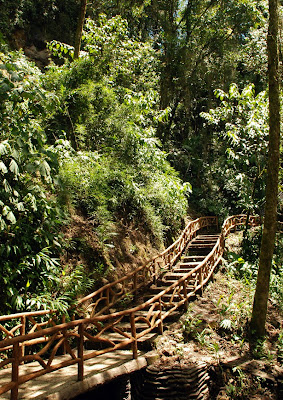 But the trail went dead. Blocked off by massive slips and debris, I could only catch a small glimpse of the beginning of the double treat “ Encantada and Escondida. There were no visible signs of La Paz only what lay in my imagination and the faint sounds of water crashing down into the valley below

Still, the walk down to Magia Blanca was worth it, listening to the falls and feeling the cool spray on my face had a healing quality. Despite the earthquake wiping out parts of the paths, it didnâ€™t destroy everything, it left Bernadoâ€™s trail â€“ waiting for me to rewalk the path back up to the top. I looked around, the group had gone except for DJ, who had been right behind me peering over my shoulder trying to find La Paz. We both turned around and headed slowly back up the trail.

Ramon stood waiting patiently at the top. He beamed at us as we walked past. Just one look at his face said it all Not so difficult was it amigos? Come let’s eat! 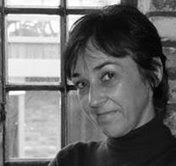 Cate Dowman’s first encounter with travel began at the age of four with a taste of chocolate found in a Christmas package from abroad. Ever since that first bite, she began a personal quest for more of the “sweet stuff” which has evolved over time into a quest for caffeine. Originally from New Zealand, Cate has lived and travelled extensively through Australia, Asia and Europe and was recently introduced to Central America. When she is not blogging or writing, she spends time behind her beloved camera or searching cafes for good-tasting coffee.

Make sure to read all of Cate’s great travel stories on Caffeinated Traveller. 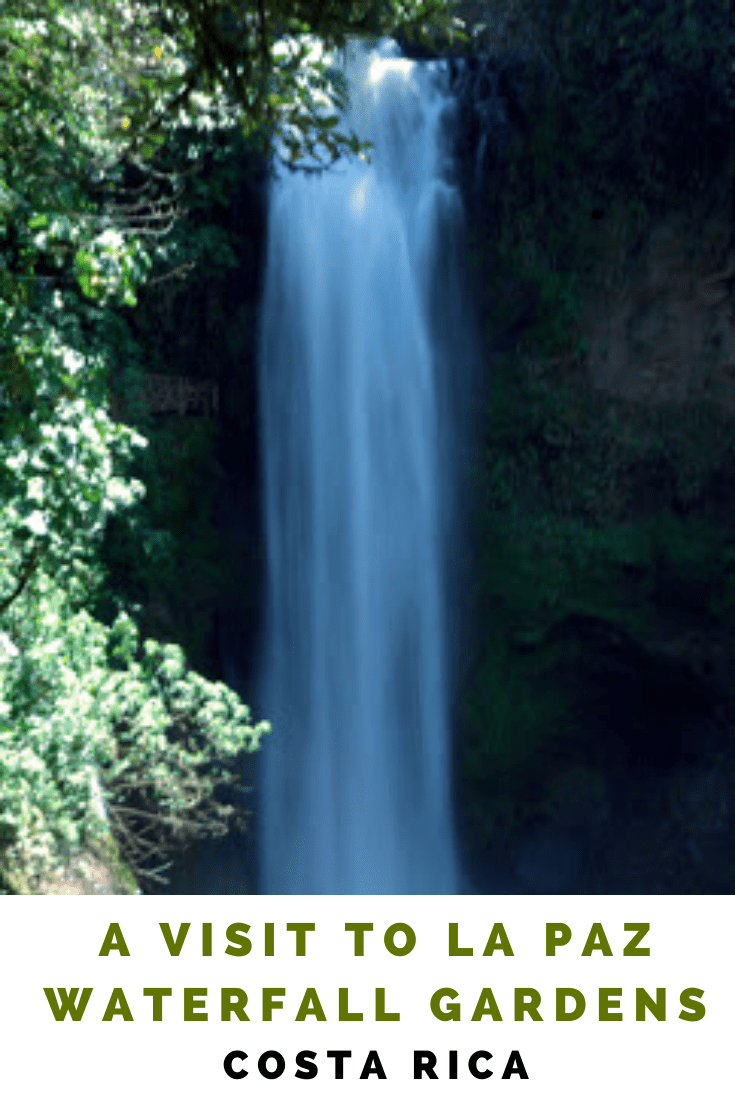