Flying to Hilton Head: Best Way to Fly to The Island 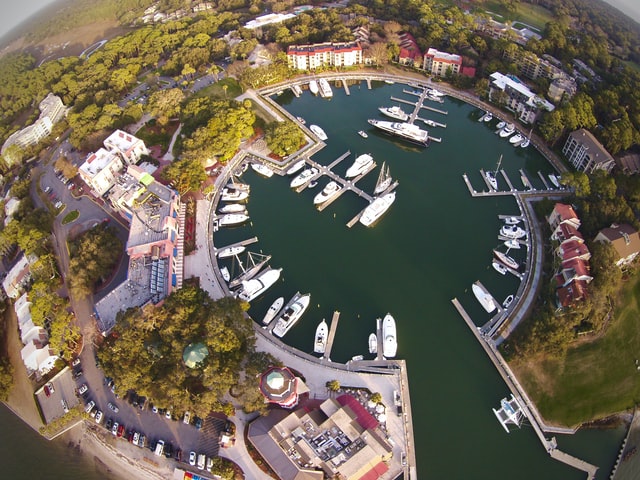 Several of these cities only offer direct flights to Hilton Head only on a seasonal basis, so you’ll only be able to get a flight from Albany, Columbus, Grand Rapids, Indianapolis, Louisville, Minneapolis/St. Paul, Philadelphia, Pittsburgh, and Providence in the late spring, summer, and fall. But these are the most popular times to visit Hilton Head, so if you’re planning a typical family trip to the island, you’ll probably be able to get a direct flight from these cities.

As previously mentioned, you can fly directly onto the island, but you’ll have to make a connection at a major airport to get one of these flights. It can be more convenient for some travelers, though, because the Hilton Head Island Airport is located just five miles from all major resorts. You probably won’t need a rental car if you fly into Hilton Head Island Airport, which can be a nice advantage to flying into the more distant Savannah/Hilton International Airport.

Airlines that fly into Hilton Head Island Airport are American Airlines, United Airlines, and Delta Airlines, but you’ll have to make a connecting flight through one of the following major airports:

As you can see, there are plenty of options for flying to Hilton Head Island if you want to fly there. You can also choose to drive to Hilton Head by way of I-95 and Highway 278. The route to Hilton Head is well-marked, so the chance of getting lost on the way is small. Whichever way you end up traveling to Hilton Head, you’re sure to have a fantastic time once you’re there!