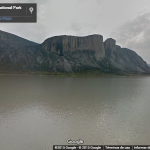 Cutting-edge technology is combining with some ancient landscapes and monuments of breathtaking beauty via a collaboration between Parks Canada and Google. It’s an effort to showcase the scenery of Canada’s national parks and historic sites by allowing Google Maps viewers to virtually visit them via Street View imagery.

Using devices such as the Street View car and the Street View Trekker (which can be mounted to backpacks for hiker-captured pictures), Google’s able to document panoramas along roads, trails, and waterways from the Yukon to Newfoundland. For some of the national historic sites under Parks Canada’s oversight, Google cameras even showcase the interior of vintage buildings. 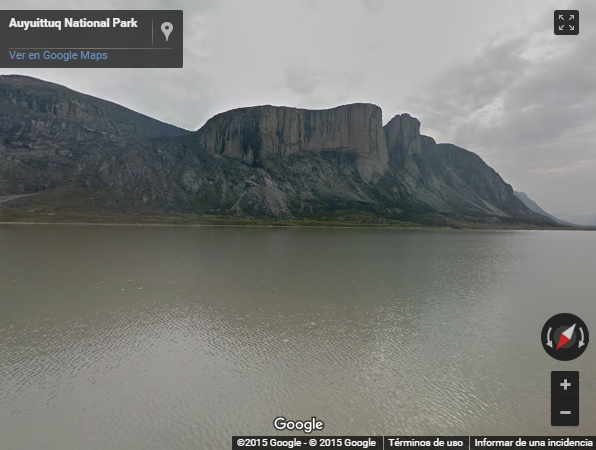 An Ambitious Undertaking
The project launched in the summer of 2013 and has continued to incorporate more parks and historic sites ever since. In the spring of 2015, Street View imagery from some of Canada’s most remote wonderlands in the country’s subarctic and Arctic north–Wood Buffalo, Ivvavik, Torngat Mountains, and other national parks–came online. In a press release marking those latest additions, Leona Aglukkaq, Canada’s minister for the environment, noted that Google Maps users could now “discover the North’s spectacular scenery, unique wildlife, and pristine wilderness–Canada as they have never seen it before.”

And besides the raw tundra and icy coastline of the northern parks, there’s a fabulous spread of natural landscapes on display–making the remotest territory accessible to anyone with an Internet connection. The heavily forested canyons of Cape Breton Highlands National Park in Nova Scotia, the vast shortgrass prairies of Grasslands National Park in Saskatchewan, the Rocky Mountain back country of Yoho National Park in British Columbia, the giant cataract of Athabasca Falls in Jasper National Park in Alberta: It’s all at your fingertips.

The Mission
As Parks Canada notes, “Virtual visits on Street View will of course never replace the experience of walking in the footsteps of history, or exploring a national park in person, but it can help connect Canada’s increasingly urban population with their national treasures that are often remote from our urban cores.”

Those who’ve trekked to these national treasures can relive them on a laptop or smartphone; those planning a road trip can whet their appetite for the adventures to come. (You can make sure you’ve got a roadworthy vehicle up for the Banff or Jasper majesty at an Alberta Ram dealer.) Those physically or financially incapable of visiting these wilderness areas and historic sites firsthand can, via the intimate-feeling Street View imagery, still appreciate their power. And teachers and students can spice up their history and science lessons with these interactive photo albums.

So next time you’re hankering for a deep drought of Canadian history and scenery, you needn’t necessarily reach for the car keys. Pop open Google Maps and rove from coast to coast, soaking in splendor all the way!

Rosemary Turner has spent many years working in tourist information services, She enjoys sharing her insights with an online audience and has previously written for a number of travel-related blogs.