7 Things to Know Before Visiting China 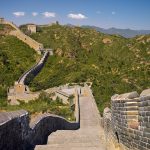 China is the world’s fourth most visited country in the world, with over 56.9 million international tourists in 2015. Foreign visitors were once not allowed to go to the country. Between 1949 and 1974, China’s doors were closed to all but a select few foreigners.Visiting China can be quite surprising because unique culture.Your whole trip can be much more enjoyable if you know these 7 things.

Reforms and opening the country back up to tourists has helped China expand its economy.

And tourists from across the world are flocking to this Asian country to see the ancient wonders the country holds as well as the culture that is there today.

Before you book your trip, there are a few things to know before visiting China:

Don’t think plastic is the norm in China. A lot of upscale eateries and hotels now accept credit cards, but most require cash. You also need to exchange your money for the yuan. Why? Other currencies will not be accepted at Chinese businesses.

Foreign cards aren’t accepted by most Chinese banks, and this means not being able to get cash. Large bank chains, such as HSBC, will work best. These banks have lower exchange rates than other currency exchanges, and they’ll be your go-to place for money.

And before you go, give your bank and any credit card you plan on using a call to tell them about your visit.

There’s nothing worse than being locked out of your account overseas because of a security lock on your account.

Many bathrooms are different. Some feature older sewer systems that clog, but the real issue is sanitization. Most Chinese toilets don’t have toilet paper. Hand soap and sanitizers are also not standard.

Hotels and upscale eateries will carry these items, but don’t be caught off guard.

“Many sewer systems that are older than 30 years are created with concrete or clay pipes that have the threat of corroding, accumulating buildup and cracking,” states Bob Oates Plumbing. But this is more of a modern issue in many places.

You’ll find that some of the 600-year-old sewers provide drainage that helps keep floods at bay today.

Don’t get to the airport late. Chaotic and overcrowded, it’s recommended to arrive three hours early for international flights just to be safe.

Don’t expect your taxi driver to speak English. There are more than enough taxis to get around, but you’ll want to have someone write down your destination in Chinese to hand to your driver.

You might be the center of attention when visiting China. Locals love to take pictures for tourists, and don’t be surprised if they sneak pictures of you, too.

7. Beware of the Great Firewall

The Internet goes through what’s called the “Great Firewall.” What this means is that all of your favorite sites, or a lot of them, may be blocked. You can purchase a VPN to circumvent these blocks, but make sure that it covers China.