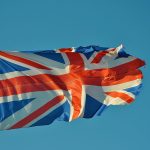 For anyone growing up in the 80s or early 90s, life was lived through a 16-bit lens animations on console games, Game boys or arcade screens were different varieties of blocks and moved like they were constantly auditioning for the World Robot Dancing championships. They were still universally loved however, and the joy of the game was only enhanced by the many colorful characters and vaguely moving background details.Cool 16-bit animations of six of the most iconic British scenes.Check out this blog post with 16-bit animation about Europe travel.

In homage to this glorious era of 16-bit artistry,  in a form where you might expect to spot Sonic the Hedgehog or Super Mario to be running around.

Borough Market, running for more than eight centuries, is undoubtedly one of London’s greatest attractions and a foodie paradise for artisan products from near and far. It would thus provide a haven for non-playing arcade characters nonchalantly going about their repetitive activities, blissfully unaware of the drama unfolding around them.

Another hectic low-res location with plenty of frantic activity is Somerset’s Glastonbury, Britain’s most famous and eclectic summer festival. The main stage has hosted everyone from Beyonce to the Rolling Stones and even in 16-bit its hard not to imagine the tremendous energy once the light show gets going and the music starts flowing.

For a far more sedate scene, a trip up Britain’s highest mountain, Snowdonia is one of Britain’s most popular hikes. The views from the mountain-side are glorious in themselves but the altitude also gives it some of the most diverse flora on the island, meaning that the journey is as important as the destination.

Lovers of wild countryside should also check out the wonderful West Highland Line, especially when it passes over the Glenfinnan Viaduct. A steam train journey through the glens and hills of Scotland’s west coast is something one would never forget, especially if it could be imagined as a 16-bit adventure, though it’s not bad in real life either.

The White Cliffs of Dover have become a spectacular natural monument to Britishness in itself, coming to represent a point of homecoming as well as the indefatigable resilience of British values. It has historically inspired some of the greatest poets and authors in the English language and after a bracing cliff-top walk, looking out towards the continent, it’s not hard to see why.

While not necessarily the kindling spark for writing the literature of the ages, Blackpool Pier has, nevertheless, found a solid place in the hearts of the people of Britain. Though far from the warmest seaside on the island it is still its most popular beach location, with the entertainments and attractions of its piers complemented by the glorious Blackpool Illuminations comprising more than a million light bulbs stretched across its shore.

If planning a trip to Britain it’s good to know there are iconic sights to be seen right across the island, making for a wonderful visual adventure, even in 16-bit!