5 Things to Do in Xela (Quetzaltenango), Guatemala

Quetzaltenango, Guatemala is the country’s second-largest city, and it is most commonly known as Xela. Here you will also find the largest population of K’iche Mayan population. During the past few years, it has become a popular destination for travelers that want to learn some Spanish. It also offers great options for volunteers. Xela, Guatemala is a good region for travelers. A nice fact is that the name has the word Quetzal, which is the national bird of Guatemala!

Its original K’iche’ name is Xelajú, which was immortalized in the traditional song called “Luna de Xelaju” (Xelaju’s Moon). It is set on a valley right in between the near-perfect cone of 3,770-meter Santa María Volcano and the active Santiaguito Volcano. Downtown offers the feel of a European highland city because of its architecture. It is remarkably safe for a city of its size and has a lively cultural scene peppered by the presence of an ever-increasing number of foreign visitors. It is also a place where you will find many great restaurants and some good hotels.

While you tour the city make sure to visit the Theater, the Central Park and the Railroad Museum. But if you prefer to spend some time among nature you can take a tour of the Santa Maria & Santiaguito Volcano.

The Top 5 Things to Do in Xela in Guatemala

The area is filled with Spanish schools offering private classes that will have you speaking Spanish in a short amount of time. The reason why Guatemala is such a good place to learn Spanish is because they have a relatively neutral pronunciation that works well with other Spanish-speaking countries.

Because of its location, Xela in Guatemala is an ideal place for many nonprofits to have their own office. It keeps them close to some of the communities that are most in need in the country, but still close enough to Guatemala city. All of these nonprofits are constantly looking for volunteers to help them out with different tasks. Joining them might help you give a little more meaning to your trip.

There are three volcanoes nearby they are Santiguito, Santa María, and Cerro Quemado. Santiaguito is forbidden for hikers, it is too active and dangerous right now, so don’t buy into anyone telling you they can take you there. You don’t want to spend the night at the police station and get a fine. (This information is current as of August 2020)

But Santa Maria, right next to it is open for visitors, and from its summit, you get amazing views of the Santiaguito crater from a safe distance. Cerro Quemado used to be a huge volcano that exploded years ago and not it is just a black sea of cooled lava. But worth a visit.

These tours usually take place in the Cerro Quemado volcano. It has such a rugged terrain that in some spaces there are a few steep walls of rock that are perfect to practice some amazing rock climbing. These tours take almost all day.

All three volcanoes are still not dormant. Santa Maria and Cerro Quemado aren’t actively erupting, but the magma chambers under them are still alive and working. This allows for nearby rivers and sources of water to heat up. The most well-known hot spring in the area is called Fuentes Feorginas. If you visit on a weekday in the morning, you will have the place almost for yourself. Don’t attempt to get there on a weekend if you want to avoid crowds. Quick Advice: This city is located in the highlands of Guatemala, so it gets very cold at night, especially in November so bring a couple of good Jackets. 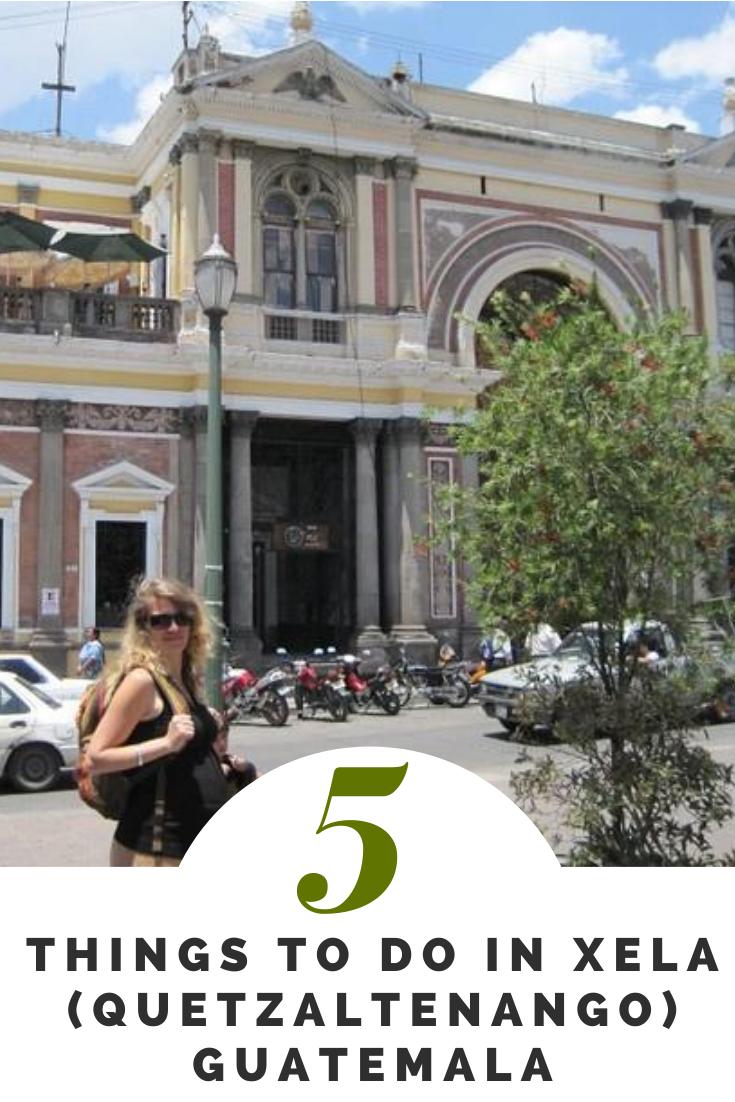