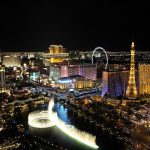 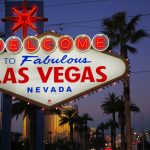 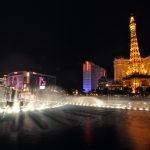 Yes, there’s booze, burlesque, and billions of opportunities to gamble, but if you look past the flashy adult veneer, Las Vegas emerges as an entertainment center with fun for the whole family. Places on and off the Las Vegas Strip offer entertainment and educational opportunities to attract kids of all ages. You can easily fill your days with the following attractions and activities — then, after the young ones go to sleep, you can fill your nights with whatever truly brought you to Sin City.Take a look at this article that includes a list of five things to do when you travel to Las Vegas with kids. 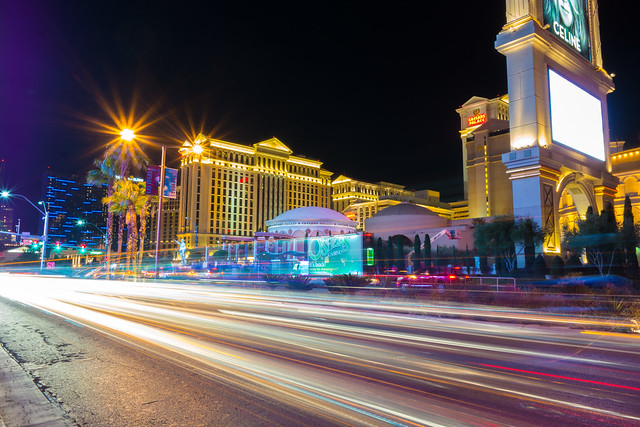 5 Things to Do in Las Vegas with Kids

1. Tournament of Kings at Excalibur
You and your family will travel back in time when you attend this entertainment extravaganza. While you dine on a luscious three-course meal of period-specific cuisine (which, to kids’ delight, you must eat with your hands), all the thrills and excitement of a medieval festival will surround you. You’ll see hilarious court jesters, graceful dancing ladies, and chivalrous knights engaging in all manner of battle. Your family can choose a knight to root for and you can show your support by being as raucous as a crowd from the Middle Ages.

Las Vegas’ most popular dinner show is a fully interactive experience your kids will love, and the language and violence falls short of adult or realistic, so you need not fear exposing any age to unsuitable themes.

2. Adventuresome at Circus Circus
You might think you have seen everything from an amusement park, but until you’ve seen the wealth of entertainment provided by the Adventuresome in the amazing Circus Circus hotel, you haven’t seen anything yet. Their park has it all — a roller coaster, a log ride, arcade games — all under a magnificent five-and-a-half acre glass dome, making it America’s largest indoor amusement park. With more than 25 rides and countless other attractions, this park can keep families entertained for days.

For safety, only kids taller than 48 inches can get on the biggest rides, but there is plenty for young ones to do while parents and older siblings cheat death.

3. Hershey’s Chocolate World
Kids who don’t love chocolate are few and far between, which means that a trip to Las Vegas’s biggest and best tribute to the sweet treat will be met with unparalleled enthusiasm. Hershey’s Chocolate World in Las Vegas is a colossal two-story, 13,000-square-foot tribute to the country’s most famous chocolate producer. A chocoholic’s daydream, the store boasts more than 800 varieties of Hershey’s candies and sweets as well as a bakery producing fresh, delicious treats every day.

An 800-pound chocolate replica of the Statue of Liberty and a model of the Empire State building constructed from 1,800 chocolate bars are astounding sights, and your family will have the opportunity to learn more about Hershey’s company and chocolate making in general throughout the store. You can stop in anytime to stock up on sweets and treats or any other Hershey’s merchandise you desire. 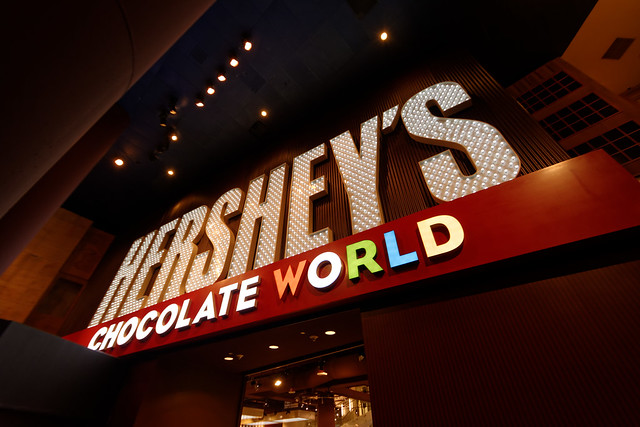 4. Various Museums
Las Vegas is more than sinful excitement; in fact, it is a cultural wonderland if you know where to look. There are a handful of worthwhile museums to give your family a dose of education during your thrilling vacation.

• Neon Museum. Las Vegas is bright and bustling due largely to its world-famous neon signs and this museum houses generations of old signs that detail Las Vegas’s past. Your family can pay tribute to the properties that are now closed, like the Stardust and the Horseshoe, by seeing Las Vegas as it once was.
• DISCOVERY Children’s Museum. Boasting more than 100 interactive exhibits on humanities, arts, and sciences, this new facility is one of the nation’s largest museums devoted to childhood learning. There is something on one of the three stories to pique curiosity and imagination in anyone.
• Las Vegas Natural History Museum. Las Vegas’s landscape is vastly different from scenery around the country, and you can learn more about what shaped the desert hills at this fantastic museum.
• Mob Museum. Las Vegas has had its share of mob activity throughout the years. This museum chronicles the history of the Mob in Sin City, revealing plenty of the dirty little secrets everyone is dying to know.

5. Siegfried & Roy’s Secret Garden & Dolphin Habitat
When they aren’t performing amazing feats in the famous performers’ award-winning shows, Siegfried and Roy’s animals are lounging around their Secret Garden to delight Las Vegas’s legions of visitors. The world’s most beautiful big cats, including tigers, lions, and leopards, live in true luxury in their excellently tailored habitats in the heart of the Strip. You can safely stand in awe of the power and grace of these thousand-pound beasts. Next door, bottle nose dolphins play and relax in their 2.1-million-gallon tank, catered to day and night by a bevy of eager biologists.

As much as they might hope, kids can’t cuddle the furry exotic creatures in the Secret Garden, but guests are invited to participate in feeding and training the dolphins next door. Several programs get visitors up close and personal with the aquatic mammals, allowing for more education and experience with our wet and wild cousins.