6 Practical Travel Tips for Those Looking to Visit Egypt

It’s been a difficult few years for Egypt. A period of civil unrest in both the country and the wider region, coupled with the threat of terrorism, has seen tourist flights to the country suspended for extended periods, with a devastating impact on the Egyptian economy. Happily, there have been recent signs of improvement, with tourist routes opened up once more, and travel warnings removed in most places. With Egypt officially open for business to tourists once more, it’s the ideal time to plan a trip – not least because hotels have dropped their prices to entice the tourists back.Five important travel tips that anyone planning to visit Egypt.This is a list of travel advice should know before getting there.

The lure of Egypt is a strong one. We’re all raised on the iconography of Ancient Egypt from a very young age at school. All of us are mystified by the sheer majesty of the Pyramids, the Sphinx and the Valley of the Kings. Legendary Pharaohs like Tutankhamun and Cleopatra are as fascinating to us now as they were a hundred years ago; they’ve been used as the inspiration for everything the movie biopic ‘Antony and Cleopatra’, the horror-action film ‘The Mummy’ and the slot game ‘Legend of Cleopatra’, which is a title that UK online slots players will be very familiar with. It’s a slot which can bring you plenty of riches when it’s feeling generous, but the riches of getting up close and personal with the land of the Pharaohs are cultural rather than financial. It’s one thing to see the symbols of Ancient Egypt spinning on the reels; it’s quite another to see the real thing with your own eyes. The slot game is titled perfectly though; Cleopatra is a legend, and there are plenty of tour guides in visit Egypt who can tell you her story in vivid detail.

Having sung the praises of the nation, we should also give you some practical advice, so here are five useful tips for potential Egyptian travelers.

In order to bypass the formal visa application process, the visa to Egypt online has been introduced. This way you can save yourself the time and effort that would be applied to the embassy visa application, and apply online and receive the document via email.

1. The Pyramids Aren’t Where You Think They Are

Several things will surprise you about the Pyramids. First of all, they’re enormous. They don’t exactly look small on television or on pictures, but nothing can prepare you for the sheer scale of them. Standing at the base of a Pyramid, you’ll be more astonished that human hands managed to build such a thing thousands of years ago than you already are. Secondly, they’re very cramped. They were designed as tombs; they weren’t ever expected to accommodate crowds of tourists. Passages in and out of the Pyramids are low and narrow. They’re not ideal if you have claustrophobia. Thirdly, they’re not where you think they are.

Yes, they’re in Giza, we’re not talking in purely geographical terms here, but in pictures, you always get the impression that the Pyramids are out in the middle of a desert of golden sand. They’re not. They’re right in the middle of a thriving town. The Egyptians have simply built around them as their civilization has developed. It’s possible to face them from a certain angle and see nothing but desert in the background, but when you turn around you’ll be staring directly at a busy high street, possibly with a fast food outlet on it. If you’re not prepared for it, it can detract slightly from the experience. 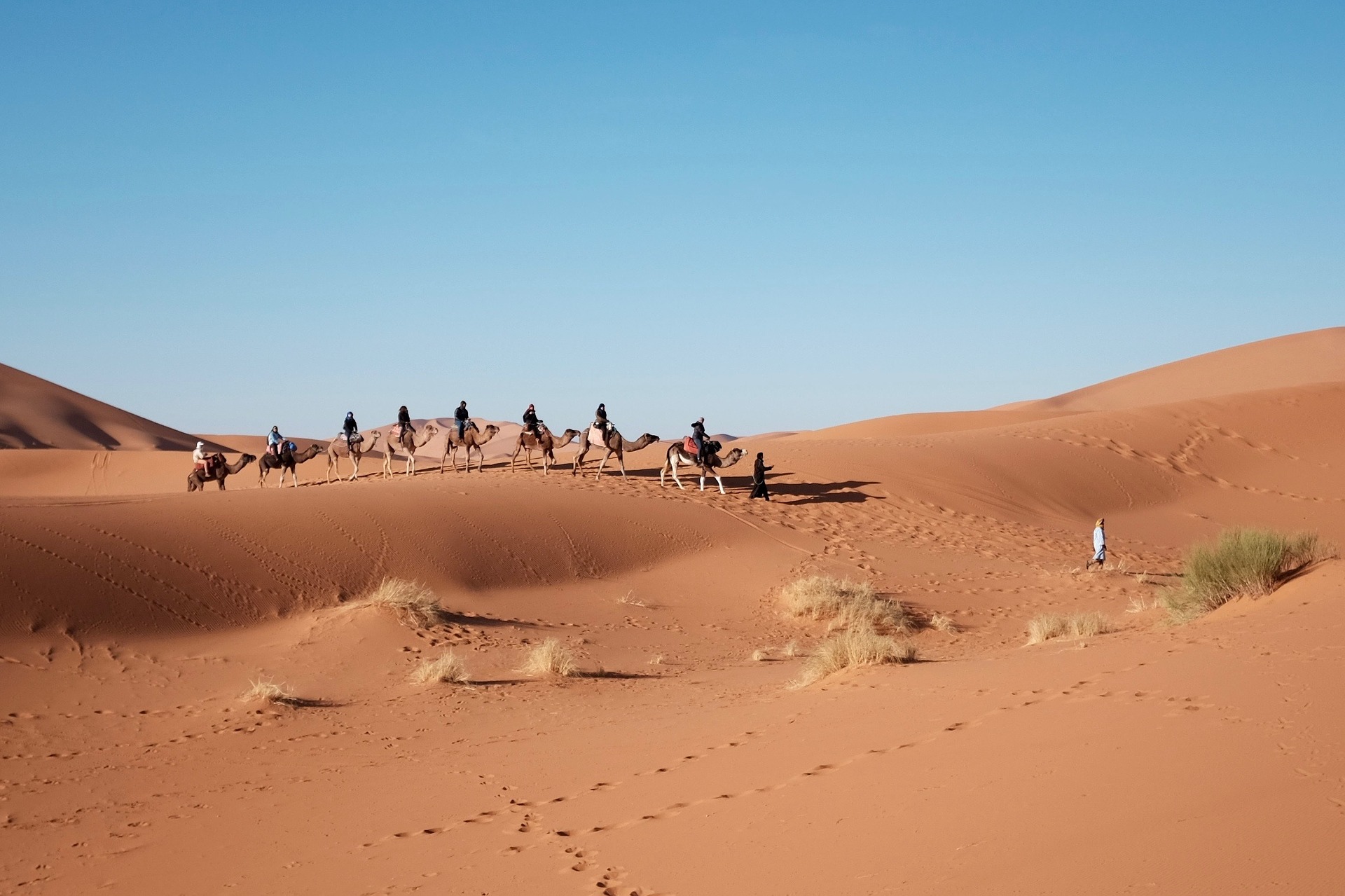 2. Always Have Small Change On You

Unusually, even though Egypt has its own currency, it doesn’t require you to use it. Because they’re so used to dealing with tourists, almost every Egyptian shop or service will accept US Dollars or British Pounds. Despite that, it’s better to change your money into Egyptian currency; especially if you want the correct change back for your purchases. Egyptian currency also comes in smaller units, which will be useful when you’re giving out tips. You’ll find yourself doing that a lot, and you’ll hear the word ‘baksheesh’, which is Arabic for ‘tip’. As in America, many Egyptians workers have low salaries because they’re expected to make tips. You’re expected to tip anyone who offers you a service of any kind. Small change is useful for this purpose.

There are two advantages to doing this; firstly the Egyptians genuinely appreciate it, and secondly it can save you a lot of hassle with enthusiastic traders and shopkeepers. We’ll start you off with some basics; ‘is salam alaykum’ is ‘hello and God be with you’. ‘Shukran’ is ‘thank you’. ‘La shukran’ is ‘no thank you’, which is the polite way to dismiss someone who’s trying to sell you something. You’ll find yourself using that a lot in tourist-focused areas! If you do want to negotiate on a price for something, though, ‘Kam althamana’ is ‘how much is this’, which will get that process started for you.

There is a famous saying in Egypt:- “One who drinks from the Nile is bound to return”. In practice, one who drinks from the Nile may never leave in the first place! The river is heavily polluted, and while the tap water is nominally clean, it’s hugely chlorinated, which to the untrained stomach can result in sickness. Bottled water is the way forward. Remember to drink plenty of it; especially if you’re going out on desert tours, where the heat and dehydration can quickly overwhelm you.

In terms of the Middle East as a whole, visit Egypt is a progressive and tolerant nation. There is no requirement placed upon women to wear full body coverings, or anything even approaching that. You will be expected to have your shoulders and knees completely covered at all times in the cities and towns, though. If you decide to visit a mosque or any religious area, always cover your hair and remove your shoes. It’s acceptable to wear shorts during the day when the heat is at its highest, but when the evening arrives men will be expected to wear jeans or pants. Swimwear is generally only acceptable at resorts along the coast of the Red Sea.

Most of all though, have fun! Egypt is a truly incredible country, with history and wonder around every corner, and the ancient standing right next to the modern. Just follow the simple advice above, and you’re sure to have a magical time in the Kingdom of the Sun.

If you can find a guided trip to the famous tourist places such as Aswan and Luxor, it is better to do so, as this will save you the trouble of searching for the best attractions and organizing time to accommodate all the places that must be visited. It is easy to find many sites to organize these tours, such as the Egypt Trippers website.

On these websites, you will find organized tours to all over the country, whether coastal such as Hurghada, Sharm El Sheikh, and Marsa Alam or others such as Aswan and Luxor tours Egypt.