5 Most Active Volcanoes of Costa Rica

Costa Rica houses over 110 volcanoes. Imagine if they all went boom at once! Gratefully, that won’t be happening any time soon.

How many active volcanoes are in Costa Rica?

Out of the 110 volcanoes, there are only five active volcanoes in Costa Rica. And not enough to scare the bejesus out of anyone!

What’s even more amazing is that you can actually get up-close and look down their craters or dip in nearby hot springs while watching an ongoing lava show. Everyone should visit at least once while traveling in Costa Rica.

Most Active Volcanoes of Costa Rica

The Poas Volcano is without a doubt the most popular volcano in all of Costa Rica. Why?

Poas Volcano is actually three craters, but the main one is active. When you look into the crater you’ll come face to face with one of the most active bubbling volcanic lakes in the world.

Note: The best time to visit is early in the morning, usually by midday the clouds have rolled in, and you’ll be lucky to see your hand in front of your face. 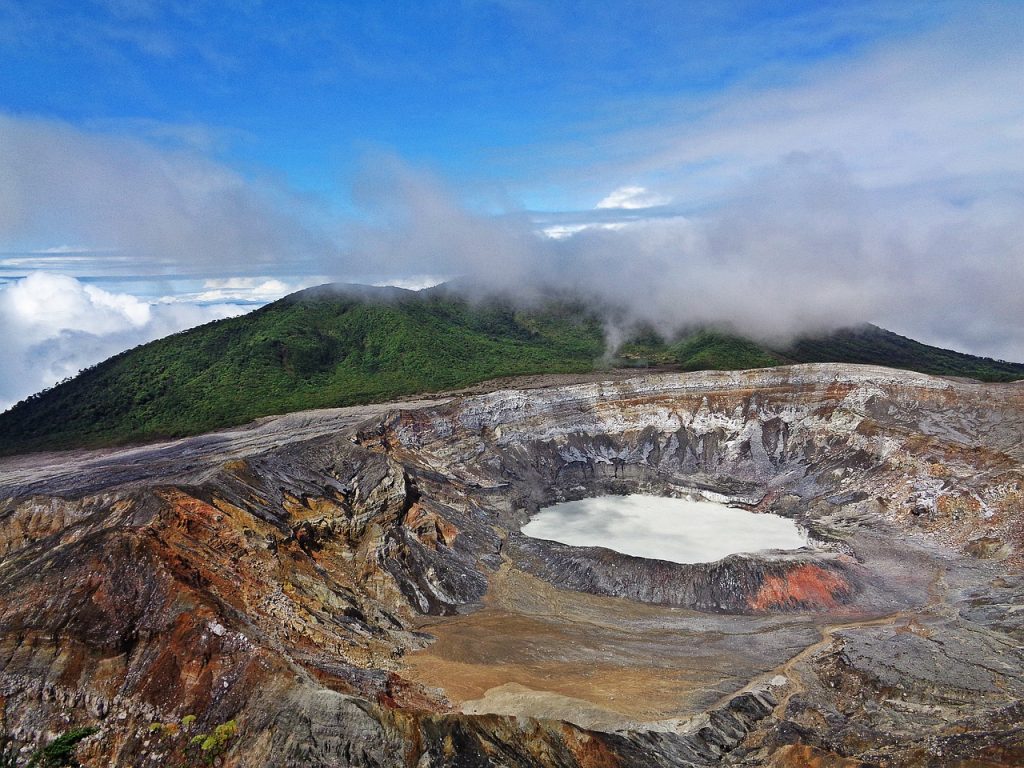 The Arenal Volcano is is the second most popular volcano in Costa Rica. Why?

Arenal Volcano, one of the top ten most active volcanoes in the world, will not disappoint you. With non-stop lava flowing show, you’ll be awe-struck with its beauty. But the best part, you can enjoy watching this magical scene while soaking in natural hot springs warmed up by the volcano itself. 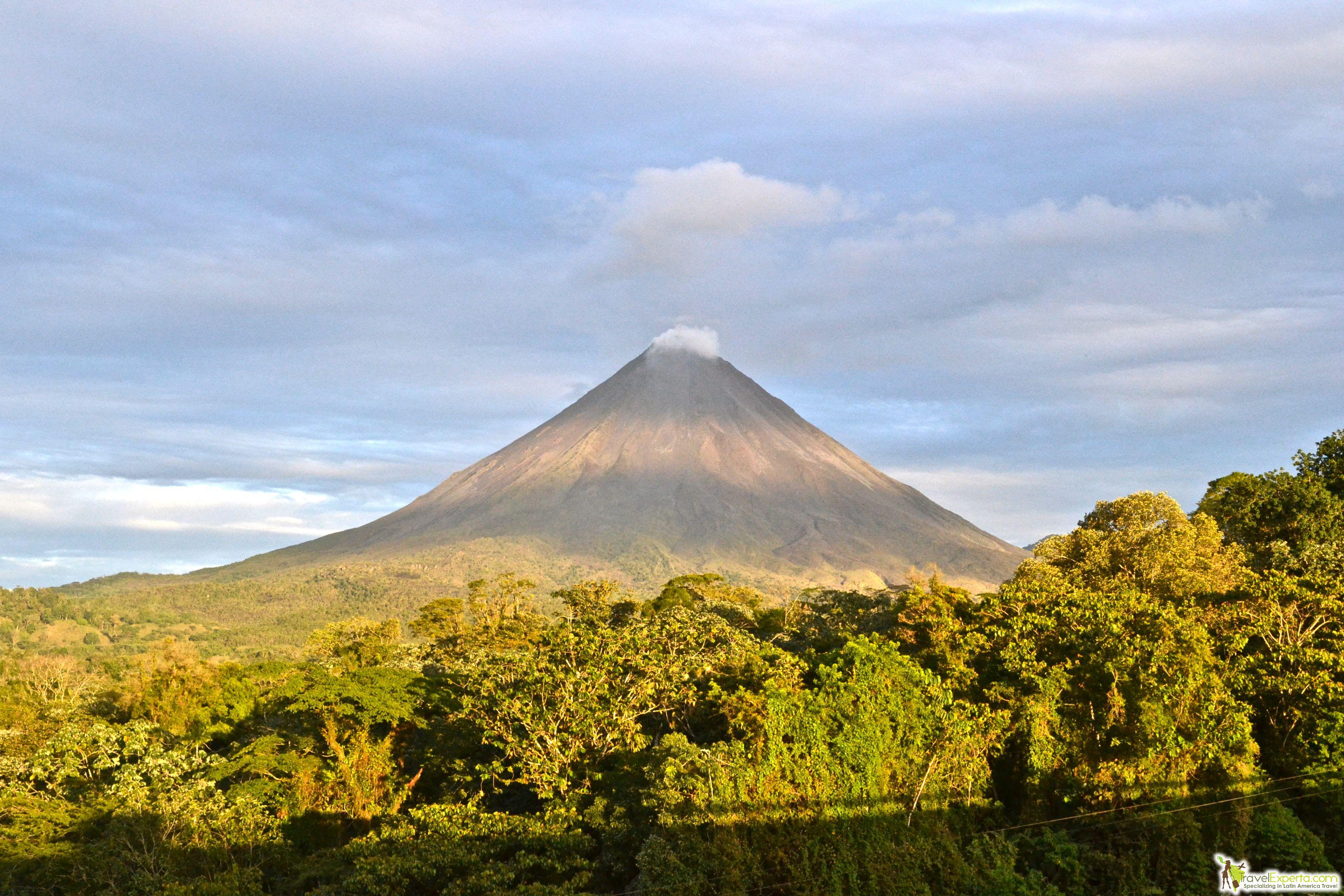 Irazu has many super interesting facts. For instance, it’s the tallest volcano in the country, and on a clear day you can see both oceans at once. Plus, you can walk right on over to the tip of the crater and look down on the blue-green, sometimes red, a mineral lake inside the active volcano.

This volcano is another great day trip from San Jose. You can add a stopover in Cartago and see the famous Basilica where millions of people make a religious pilgrimage each year, in August, and have some of the miracle-working magic rub off on you too!

The literal definition of this volcano is “corner of the old lady”, and the locals refer to this volcano as though she is an old lady. This is the third most active volcano in Costa Rica and is surrounded by a freshwater lake, waterfalls, hot springs, geysers, and boiling mud pools. The volcano is located really close to Liberia in the Guanacaste region and is a great day trip. Where else can you dip your body in a mud pool warmed up by the volcano rich with minerals?

What is the most active volcano in Costa Rica?

Turrialba Volcano is the most active volcano in Costa Rica.

What’s great about this volcano is that it’s one of those adventure getaways. It is located only 50km away from San Jose. There are no paved roads to the top, so the nature lodges surrounding it have horseback excursions to take you up to the top and have a peek inside.

But be careful to ask around and only trust in legit travel agencies for these tours. The volcano is sometimes to travelers closed due to instability. It can be dangerous to get close. 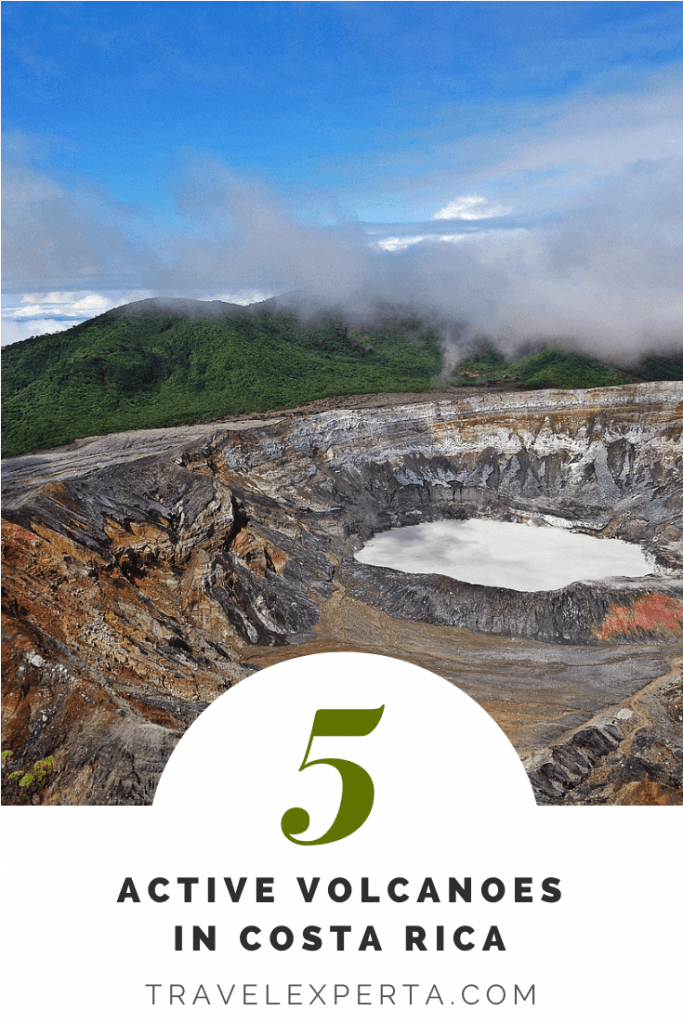