5 of the Best Foodie Cities in the World 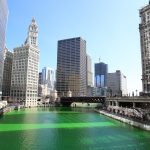 Many cities around the world tempt foodies with their local delicacies but for those not fussed on trying the local fare, Bott and Co have taken a look at the different cuisines available in some of the world’s biggest cities.Five of the best cities to visit if you want to taste the best food of the world.In this article you will learn the names of foodie cities.

In order to establish which cities feature the most diverse food scenes, the company looked at Google Map’s restaurant data for each city. If a restaurant was listed for that specific cuisine it was included.

Scroll down to see which cities took the top spots.

French classics like croissants, baguettes and ratatouille are all worth sampling whilst visiting the French capital. But The City of Lights is also home to a vast variety of different cuisines that are also worth discovering. With over 65 different cuisines to choose from, even the fussiest of eaters are see to find something to tickle the palate.

Awarded the Best Restaurant City in America in 2017, Chi-Town has 66 different cuisines on offer and takes the fourth spot. So once you’ve had your fill of deep-dish pizzas, Chicago-style hot dogs and Italian beef sandwiches, why not try some Belizean, Belgian or even some Filipino cuisine?

Chef turned pro eater, Anthony Bourdain, found that Toronto has one of the most diverse food scenes in the world. In 2012 he shot an episode for “The Layover” and was able to sample over a dozen of the cities diverse restaurants in less than two days. Not too difficult to achieve when the city has 73 national cuisines on offer.

When you visit London, you’ll just be eating fish and chips, right? Wrong! London has 89 different national cuisines making it home to the second most diverse food scene in the world. The city boasts an abundance of Indian restaurants, but Malaysian, Arghani and Burmese are also loved in the English capital!

New York City is known for its dynamic dining scene so it’s no real surprise that it took the top spot with 94 different national cuisines under its belt. From Albania, Tunisian, Venezuelan, Trinidadadian, Ukranian and Syrian, it’s time to explore the five boroughs of New York City and discover your new favorite dish.

View the top 50 most diverse foodie scenes, cuisine available and best restaurants on the Bott and Co Website here.