5 Beautiful Buildings You Must See in Budapest

There is so much to do and see in Budapest, particularly in terms of extraordinary architecture, which includes various examples of art-deco, Bauhaus, neo-classical and pre-modern styles. But, if you’re only there for a few nights, it’s difficult to prioritize and almost impossible to know where to begin. Regardless of how long you’re planning to stick around, here is a quick guide to Budapest architecture, with details on five wonderful buildings that shouldn’t be missed!

5 Must Sees in Budapest: 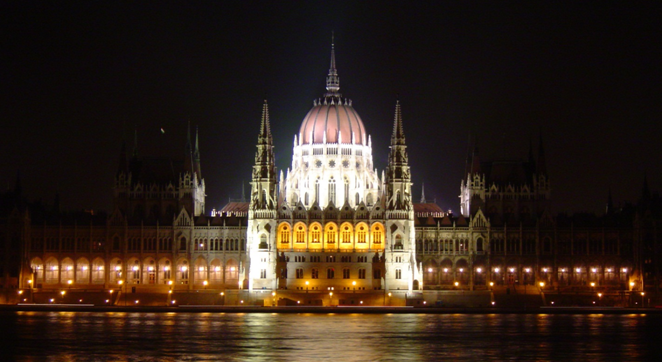 Right up there on the top of the to-do list for sightseeing in Budapest should be witnessing the amazing architectural masterpiece that is Hungary’s Parliament Building. One of the two tallest buildings in Budapest, its history dates back to 1885 when its initial construction commenced. This actually makes it one of the oldest legislative buildings in all of Europe. It’s built in typical Gothic Revival style, and it is essentially symmetrical both inside and out. The building is also over 315 feet tall, is made up of over 700 rooms and boasts 29 different internal staircases. How is that for excessive?

St. Stephen’s Basilica
You’ll also want to check out the largest church in Budapest, St. Stephen’s Basilica. A stunning Roman-Catholic Cathedral, it is named after the first King of Hungary, Saint Stephen I. It’s built in traditional neo-classical style, and is one of Hungary’s main tourist attractions. Also 315 feet tall, it competes with the parliament building for the title of “tallest building in Budapest.” Take note of the incredible bell tower, with the biggest bell weighing over nine tons! For a real treat, see if you can catch a classical music performance as the church is very active in the Hungarian music community. The acoustics are to die for! 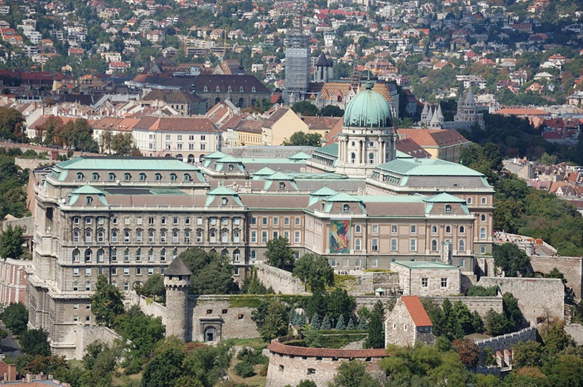 A visit the glorious Buda Castle is a highlight of any trip to Hungary. Positioned on top of Várhegy (Castle Hill), it overlooks the beautiful Danube River. It has a crazy and complex history, having been built, destroyed and rebuilt a number of times by a number of different people for a multitude of purposes. Today’s palace was established in 1867, and is in typical Baroque style. In contrast, its predecessors, of which no signs remain today, were namely of the Renaissance and Romanesque styles. It is worth taking a tour if you really want to understand the intricacies and details of its complicated past, and also be sure to visit the National Gallery and the Budapest History Museum in addition to the number of other important Hungarian monuments which reside on the grounds, such as the Matthias Fountain, the Habsburg Steps and the Statue of Prince Eugene of Savoy.

Vajdahunyad Castle
Ensure you set aside some time to explore the stunning Vajdahunyad Castle, located in City Park. A beautiful reminder of Hungary’s wonderful history, it was built between 1896 and 1908, as part of the celebrations that surrounded Hungary’s 1000th anniversary. What’s really special about it is that the design copies that of several other important Hungary buildings, so you will see examples of different architectural styles, including Gothic, Renaissance and Baroque throughout different sections of the castle. Interestingly enough, it also houses Europe’s largest agricultural museum, so poke your head in there for a few hours if you have the time to spare.

Gresham Palace
Make time to marvel at the jaw-dropping beauty of the incredible Gresham Palace, which is a perfect example of art nouveau architecture, and home of the Four Seasons Hotel. Once a neo-classical palace, it was built in 1827, but was purchased in 1880 by the Gresham Life Assurance Company for which it was used as the company’s foreign headquarters. During WWII, it was used to house Soviet soldiers, but was gifted to the city of Budapest by the national government in the post-war time period. The Four Seasons hotel chain purchased it in the early 2000s, and since then, the former palace has been restored to something resembling its former glory. If you haven’t sorted out your accommodation yet, it’s well worth looking into as an option, otherwise, just sneak inside for a quick peak at the incredible architecture — you’ll struggle to comprehend you are inside a hotel!

About the Author: Chelsea Summers is an L.A.-based interior designer with a handful of high-profile Hollywood clients. Budapest and Prague are two of her favorite cities, due to their amazing examples of architecture.

One thought on “5 Beautiful Buildings You Must See in Budapest”