4 Top Stargazing Places to Visit in 2020

Dark skies, bright stars are every stargazer’s main attraction spots. All around the world, people travel to experience the best spot the world has to offer. To most city dwellers, their experience with stargazing is bumping into the latest celebrity at the mall or grocery store checkout line thanks to air pollution and the city lights. 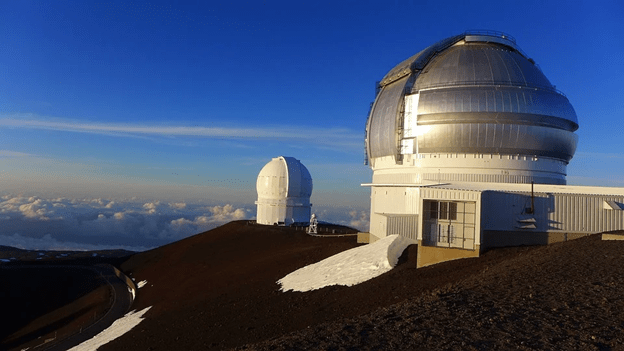 But there is nothing as magical as looking up into the dark skies dotted with constellations, planets, and shooting stars. The International Dark-Sky Association (IDA) recognizes over 130 spots that preserve the most star-filled skies. UNESCO recognizes several starlight reserves on its Astronomical Heritage sites list. These spectacular spots offer stargazers an opportunity to reconnect with the planet and learn more about the universe.

We believe you deserve to know the top spots that will give you the most magical experience, yet.  Here are 4 top places to visit in 2020 for stargazing.

The Best Stargazing Places to Visit

Located in the remote Lake Powell of Utah, Natural Bridges was the first to be certified by the IDA as the international dark sky park. The IDA is the leading organization in combating light pollution, it is a big deal. The designation recognizes areas with some of the darkest and clearest skies in the world. It acknowledged darkness as a resource worthy of conservation and protection and appreciates the efforts extended to achieve this. The main attraction of the dark skies of Natural Bridges is a phenomenon that rises over the natural rock formation of Owachomo Bridge creating one of the most spectacular Milky Way you have ever seen. The bridge forms some sort of a window to the sky by beautifully framing thousands of stars, all of which are visible with the naked eye.

Plan to camp here overnight to have the full experience. Night photographers do get some of the most marvelous shots at the Natural Bridges National Monument, but always remember artificial sources of light for photography are prohibited.

Located about 2,500 miles Southwest of California, Hawaii has evolved to be one of the leading astronomy destinations. The high volcanic peaks offer some of the most spectacular sceneries around the world.

Mauna Kea Summit is perhaps the most popular stargazing spots in Hawaii.

13,803 feet above the town of Hilo and close to Mauna Kea is the Mauna Kea Observatory, the largest of its kind in the world. It is a major astronomy hub.

What’s more, is that it is one of the few places on earth you can drive nearly 14,000 above sea level. Just make sure you check-in at the Visitors Station to acclimatize. You don’t want to experience altitude sickness. Still, the journey is magical with starry rewards. Make sure to bring the best telescopes as from this spot you get to see the celestial wonders of the Northern Hemisphere from bands of Jupiter to the constellations of Orion. Also because Mauna Kea is close to the equator, the stars of the Southern Hemisphere are visible, too. This means that over 80% of the earth’s stars can be seen from Mauna Kea.

Photographers have been known to capture the rare lunar rainbow from Mauna Kea. Lunar rainbows are essentially lit by the moon and not the sun, and occur under precise conditions.

Located in the Pyrénées Mountains of France, Pic Ddu Midi is good enough of a spot for NASA to take photos of the moon surface in preparation for their missions; it’s good enough for you.

A cable car from the La Mongie will get you to the summit, where an observatory is perched right above the clouds.

Also, the reserve is a UNESCO World Heritage Site as well as a major French national park. Plan to book an overnight stay to experience an unforgettable night under the stars.

It is primarily known for another kind of star, the Hollywood star, and smog that is ever-present. To many, Lost Angeles does not come off as an ideal place to go stargazing. But those that have visited the iconic Griffith Observatory will tell you otherwise. Perched atop Mount Hollywood, it is one of the most astronomically intriguing places to visit. Depending on the time of the year, from Griffith Observatory you can observe assorted double stars, nebulae, Jupiter, and Venus. And with powerful telescopes, the incredibly detailed view of the Moon’s craggy surface can be visible.

The stars are accessible from most places and to everyone but some locations can get you the most from a night sky. Add these spots to your bucket list and start ticking. Once you do, you’ll be treated to an amazing view few people will even get to see.