25 Animals of Costa Rica And Best Places To See Them

Costa Rica is one of the most bio-diverse places in the world, that’s why it’s one of the best choices as a wildlife destination in Central America. And there is no way that I can name every animal there is. So I decided to do a list of the most representative animals from Costa Rica’s Wildlife.

The frigate birds are a family of seabirds and are also called frigate pelicans. It can be found breeding along the Pacific coast of Costa Rica. If you’re getting into birding, the Frigate bird is a great one to watch. 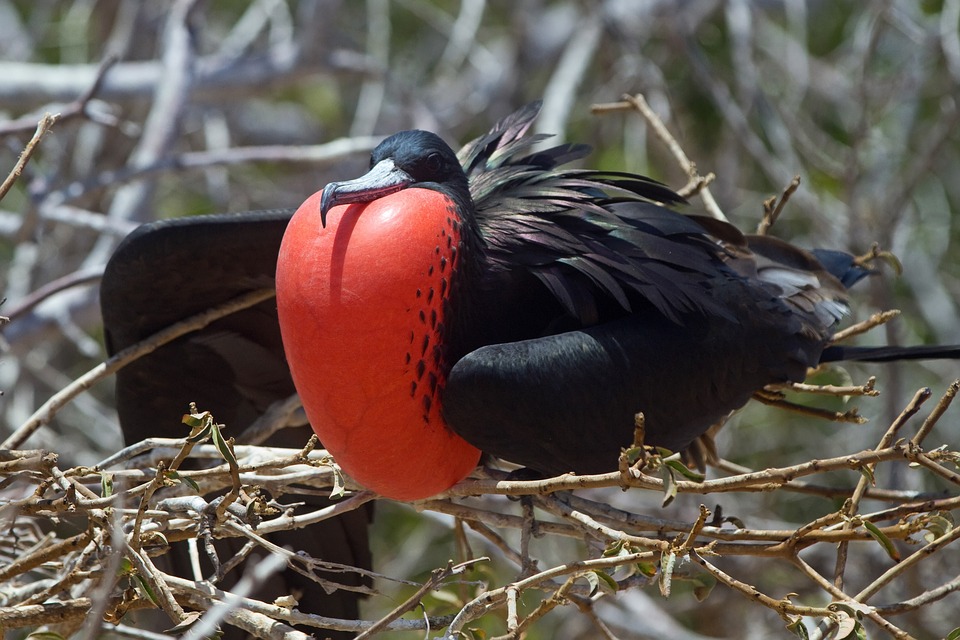 These Cattle Egret are migratory birds known as a cosmopolitan species of heron. They are commonly found around bodies of water. In Costa Rica, it is commonly found on Cocos Island.

The Clay-colored Robin is a small, common Middle American bird known for calling the rain. Costa Ricans chose the clay-colored robin as a national symbol due to its strong and melodious song. It is also known as yiguirro. It can be found all over Costa Rica. 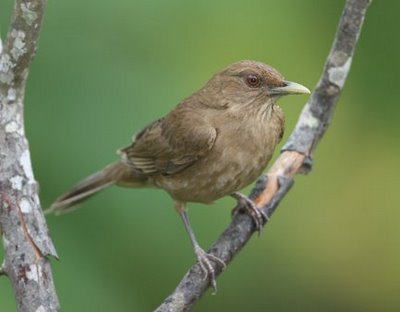 The Boa constrictor is a large, heavy-bodied species of snake that strangles its prey instead of using venom. It can be found in the Caribbean, Northern, and Central Pacific regions of Costa Rica.

White-tailed deer are very popular in Central America, in Costa Rica, they can be found all over. The White-Tailed Deer is a long-legged, fast-moving mammal and the smallest member of the North American deer family. 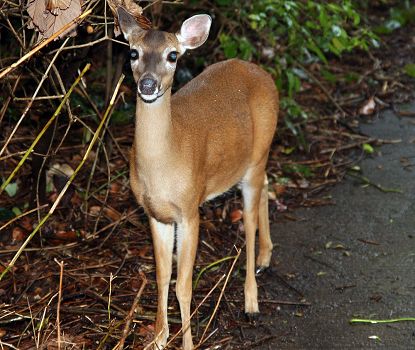 Their full name is black-crowned Central American squirrel monkeys and can be found in the Costa Rican rainforests. Unlike the other New World monkeys, their tail is not used for climbing, but as a kind of balancing pole and as a tool.

Sloths are extremely slow-moving mammals. Actually, they are the world’s slowest mammal, so sedentary that algae grow on its furry coat. They can be found in the rain forest canopies of Corcovado National Park in Costa Rica. 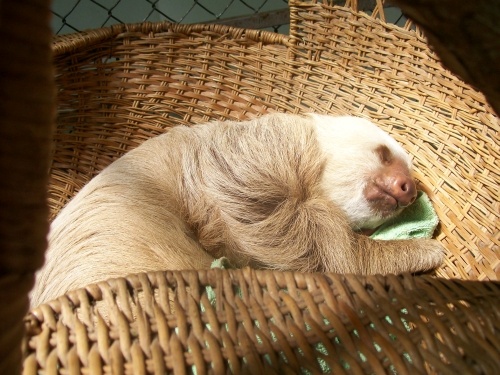 Silky anteaters are the smallest anteater species in the world. They have a total length ranging from 3.6 to 4.5 cm and usually weigh less than 0.88 pounds. The Silky Anteater is a slow-moving animal and feeds mainly on ants, between 100 and, 8000 a day. They can also be found in Costa Rica’s lowland rain forests.

Raccoons are medium-sized mammals that learned to live close to humans. And have a reputation of nocturne thieves. They are found throughout different landscapes of Costa Rica such as rainforests, cloud forests, and beaches. 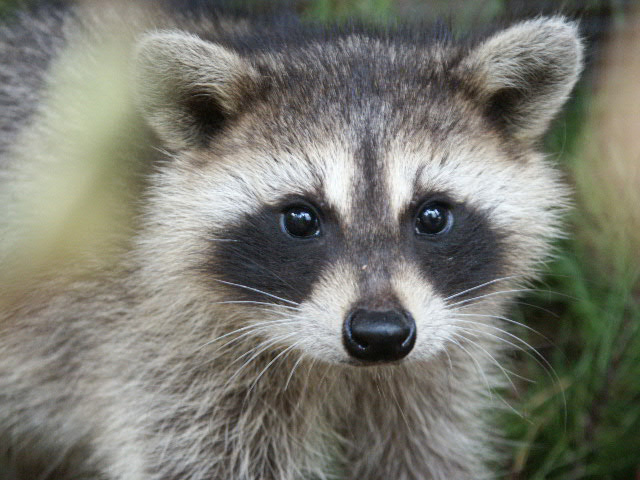 They are also known as the honey bear, because when in captivity they seem to enjoy eating honey. They can be seen at night in Drake Bay, Costa Rica.

Coatis are these long animals with a long snout. They look nothing like raccoons, yet they are family. They live in a wide variety of terrain, such as the lowland rainforests, river woodlands-Tortuguero, bushy and rocky terrain, though they are usually found in heavily forested areas of Costa Rica. 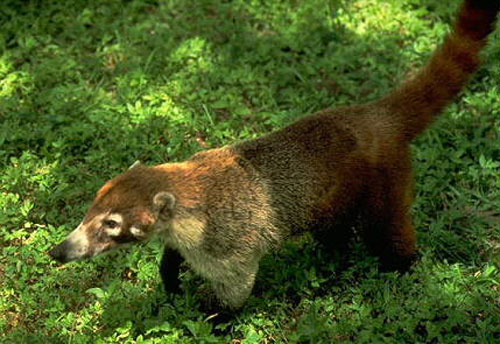 Agoutis or Tepezcuintles, like they are normally called, are small rodents that look a bit like a guinea pig. In Costa Rica, they can be seen in Corcovado National Park and in the Monteverde Cloud Forest Reserve.

These reptiles are herbivorous, great tree jumpers, and fantastic swimmers. They can be found all over Costa Rica. But hurry, they are going extinct because some people like to eat it. 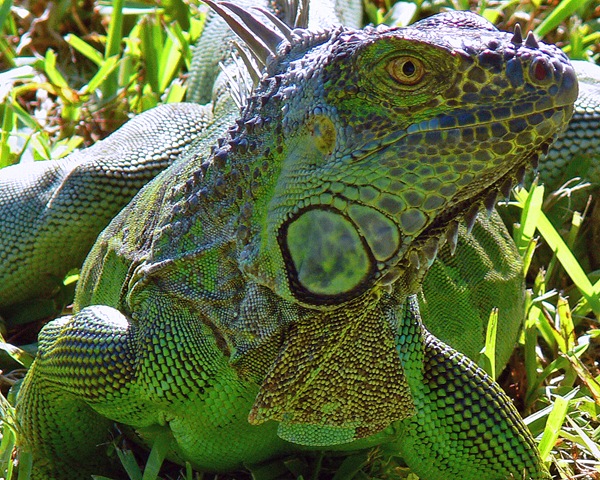 These are tropical, colorful birds that can reach a meter long. The best places to find the Scarlet Macaw in Costa Rica are Carara National Park and the Osa Peninsula.

Besides Guatemala and Belize, Corcovado National Park in Costa Rica has one of the highest Jaguar populations in the world. The Jaguar is the 3rd largest feline after Tiger and Lion. They live mainly in dense forests. 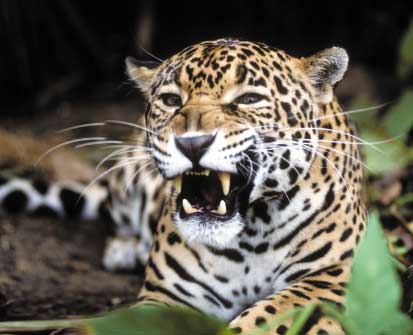 The Tayra, also known as Perico Ligero, is part of the weasel family and thrives in Corcovado National Park. They like to eat fruit, carrion, small mammals, reptiles, and birds.

One of the largest mammals to be found in Corcovado National Park, the Baird’s Tapir, was named after the American naturalist Spencer Fullerton Baird who traveled to Mexico in 1843 and observed the animals. 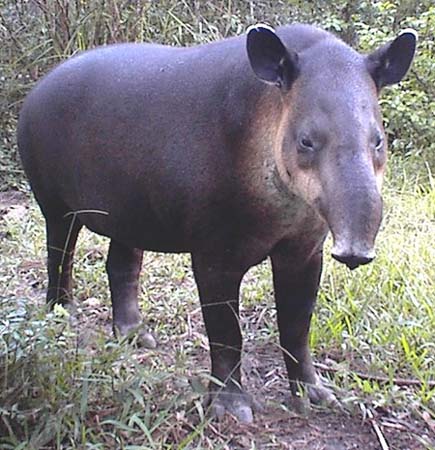 Crocodiles are considered to be one of the most perfect creatures in the world. Besides being by far the most biologically complex reptile, they have the strongest immunity system of all creatures. They can be found in Jaco’s Tarcoles River, Costa Rica.

Collared Peccary and the white-lipped peccary are the only wild, native, pig-like animal that you will smell before you see it! They live near water systems with plenty of shade because they are unable to evaporate moisture through panting to prevent overheating. They can be found in Corcovado National Park and Monteverde Cloud Forest, Costa Rica. 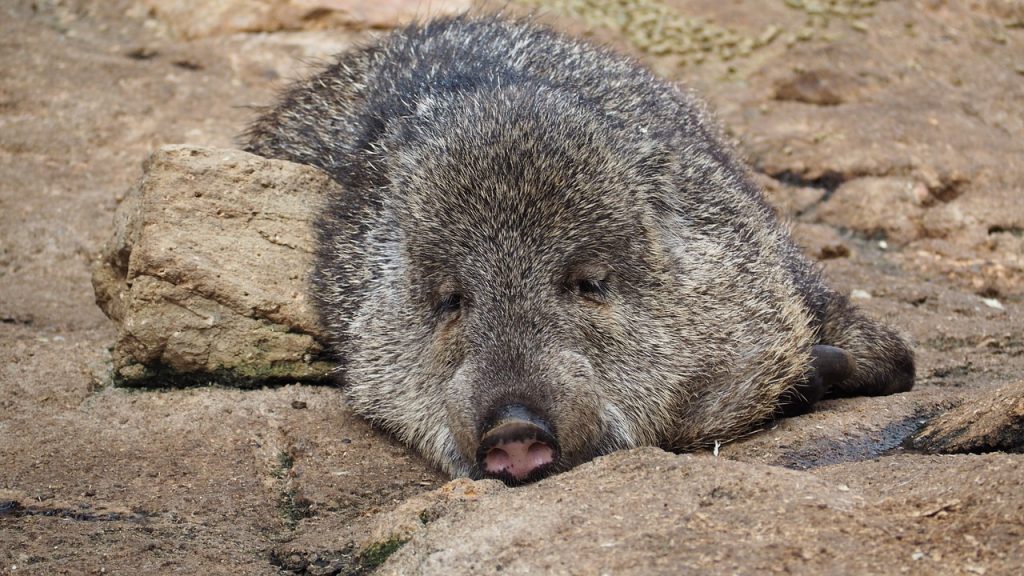 Fer de Lance, is the most deadly snake in Costa Rica and Central America. Found mainly in the Rain Forests of Costa Rica, especially Corcovado National Park, it also thrives and isn’t shy in areas inhabited by people where large rat populations exist.

Humpbacks can be found in all the oceans of the world, however, they choose to come to the tropical waters, off of Drake Bay and Corcovado National Park, during winter for breeding and birthing baby whales. 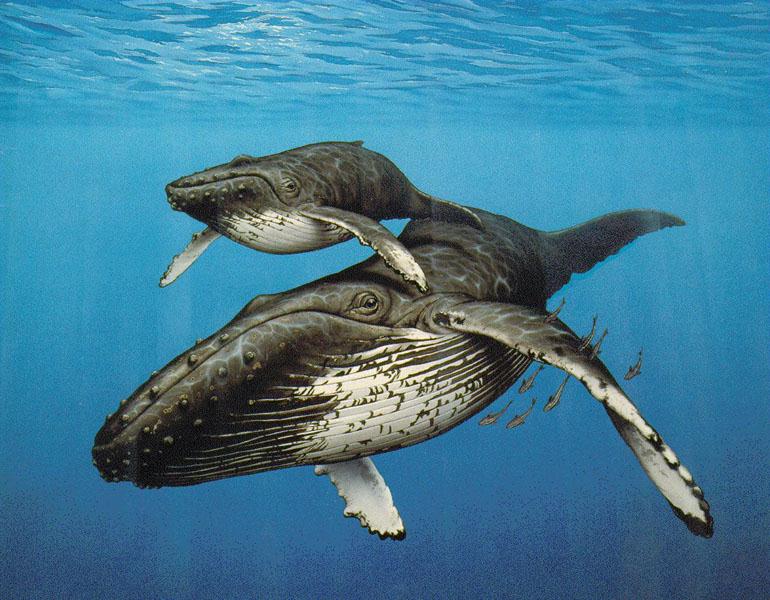 At one point, this beautiful little Margay wildcat used to be found everywhere in Costa Rica, in thick woods from coastal lowlands to interior mountains. It was considered least likely to be endangered, but unfortunately, it isn’t immune to the human effect. Nowadays, you can find them in Corcovado National Park.

This dolphin is one of the most intelligent mammals of the water is on constant Welcome Committee Watch when you arrive at the southern coastal areas of Costa Rica “ Drake Bay, Osa Peninsula, Corcovado National Park and the nearby beaches. 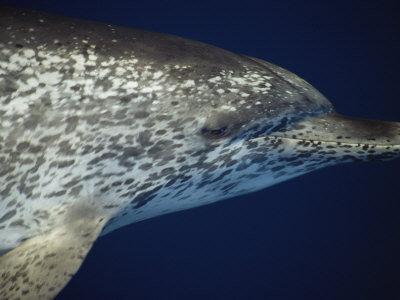 Howler monkeys are the largest of all new world monkeys. They are native to Central and South America. Corcovado National Park is the host of a lot of Howler Monkeys in Costa Rica.

In the whole wide world, there are only seven sea turtle species, four of them frequent Costa Rica and nest here. Out of these four, all of them are on the highly critical endangered species list. They nest in Tortuguero National Park, Mario Ballena National Park, and Ostional Wildlife Refuge, one of the top picks for wildlife watching. 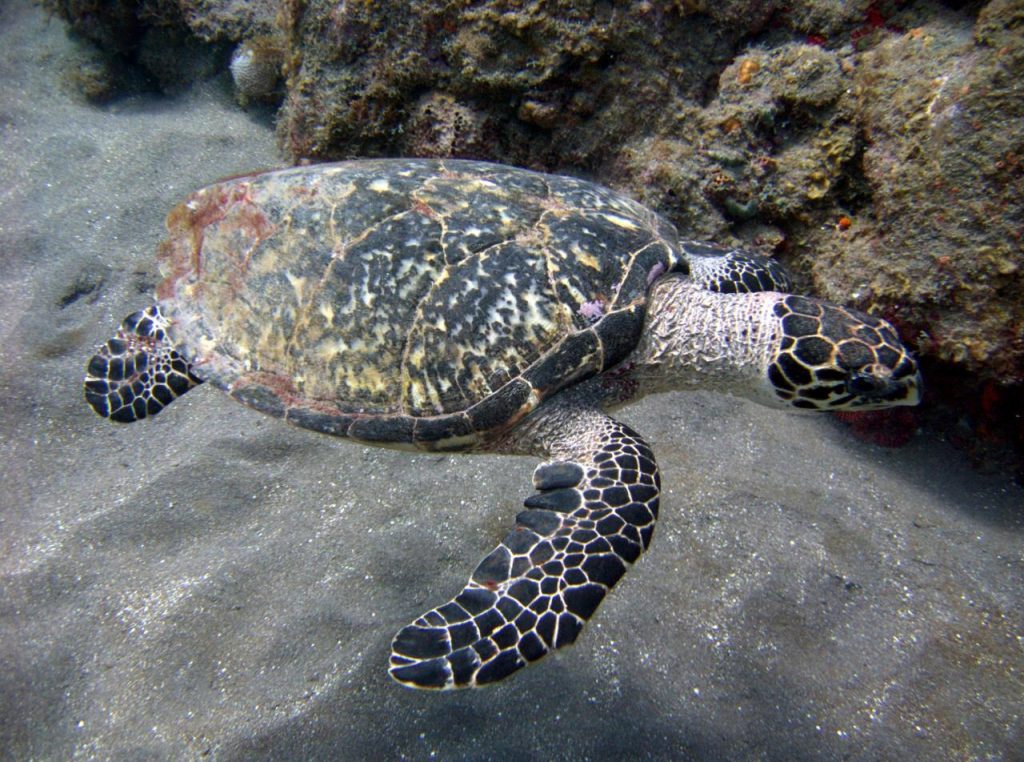