Murchison Falls National Park is a large pristine national park that protects a large chunk of untamed savanna. It is named after the dramatic Murchison Falls, one of the most scenic falls along the Nile. It lies within about 4-5 hours’ drive from Entebbe or Kampala Capital City and a safari in this vast wilderness is such an amazing journey. It extends from the shores of Lake Albert on the Victoria Nile to Karuma Falls.

This large savanna game park covers an area of about 3840sq kms making it the largest of all the 10 national parks in Uganda. The popular Murchison Falls National Park is separated by the Victoria Nile where the northern section is largely comprised of savanna grassland, palm trees and in the southern section, consists of woodland, rainforests. It was gazetted in 1952 and derived its name from the mighty and iconic Murchison Falls. 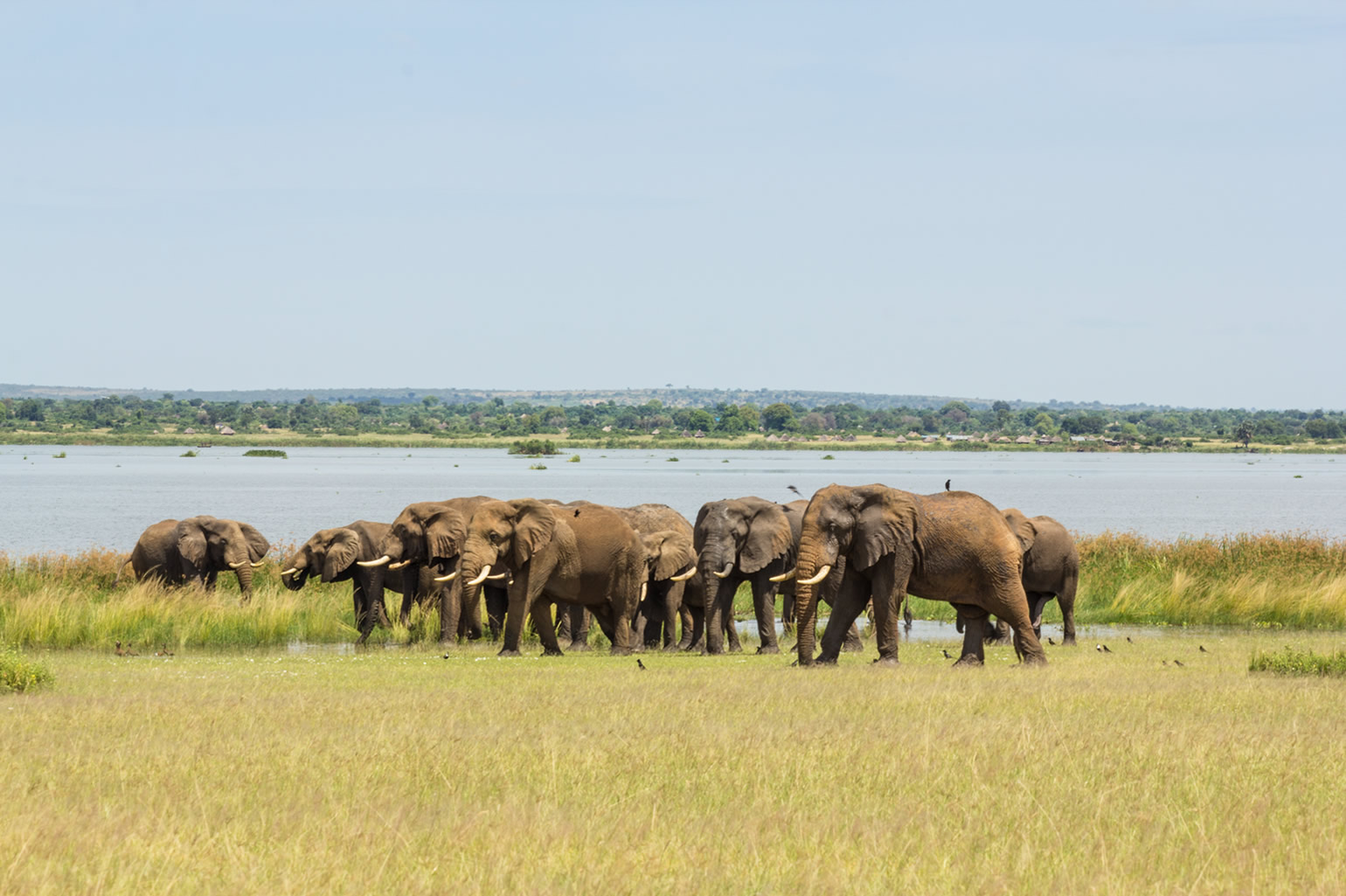 The park boasts of its intense biodiversity. The wildlife populations have recovered in the park and the lush borasuss grassland is home to incredible wildlife. The park offers refuge to a variety of wildlife including 4 of the big 5 African game-the African elephants, rhinos, leopards, lions, buffaloes. It is also a great spot to see giraffes, antelopes (hartebeests, Uganda Kobs, Oribis, etc. The Nile River itself hosts one of Africa’s Nile crocodiles and hippos that can be spotted while on a boat cruise to the bottom of the falls.

Activities to do in Murchison Falls National Park

Murchison Falls National Park never leaves visitors bored. The park is a must-visit for visitors taking Uganda safaris who are interested in the African big five animals. Every visitor has something to enjoy in this pristine national park and among other amazing activities to explore include;

Night game drives in Murchison Falls National Park offers visitors a chance to spot out the nocturnal species such as the spotted hyenas, leopards, civets, bush babies, genets, owls, nightjars and many others.

At Nyamasika Cliffs, visitors get the best view of breathtaking sceneries with a chance to spot out elephants and many other wildlife species. 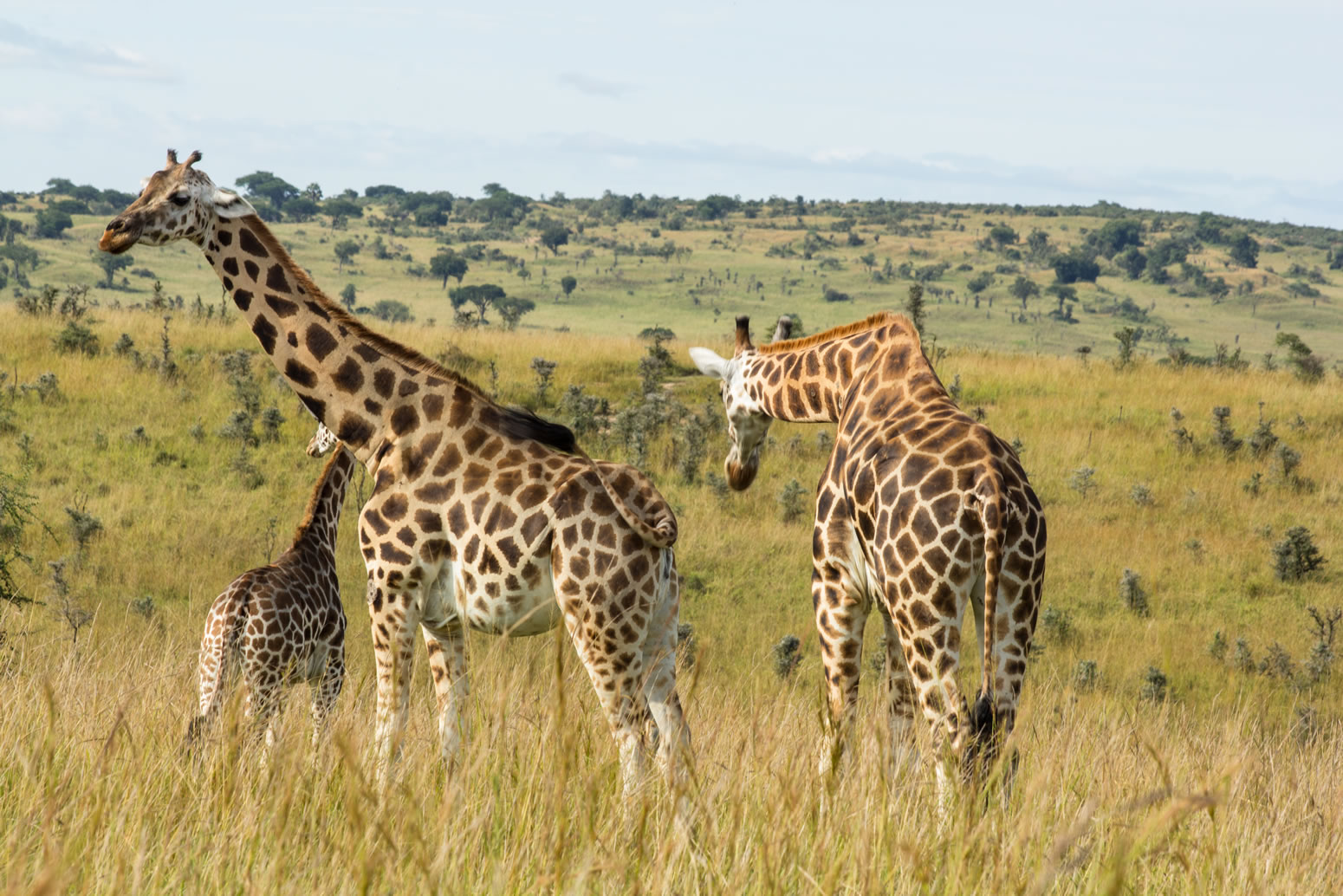 Launch trip in Murchison Falls National Park starts from Paraa Landing area at the point where the River Nile enters into Lake Albert and takes visitors to the bottom of the Murchison Falls. Along the way, you have a chance to look out for the basking Nile crocodiles, hippos, buffaloes, elephants, waterbucks as well as water birds including bee-eaters, shoebill, fish eagles, kingfishers, cormorants to mention but a few. The boat cruise is usually conducted between 9:00 am and 2:00 pm although special schedules can be made. It takes visitors about 2-3 hours on a boat ride to the bottom of the falls and 4 to 5 hours from Paraa to River Delta which is 28 kilometers.

Sportfishing is another most thrilling water sports visitors on Uganda safari in Murchison Falls National Park shouldn’t miss out. It offers you a chance to challenge yourself with heavy Nile Perch or tiger fish.

Murchison Falls National Park inhabits over 451 bird species which makes it an ideal birding spot. Most importantly, a visit to Budongo Forest gets you chance to look out for some of the birds that make up over 360 avifaunal species. Between Paraa Rest Camp and Ferry crossing, the birds to identify include the vitelline masked weaver, bluff bellied warbler, blue napped mousebird, chestnut crowned sparrow weaver, silver bird, spotted mourning thrush, green-winged ptyilia, black-headed batis, white-rumped seed eater to mention but a few. The nocturnal species to spot out include the nightjars, Verreaux’s owls, long-tailed and pennant winged nightjars that can be spotted between March and September. You may also come across the grey crowned crane, goliath heron, the African skimmer and many others.

Hiking to the top of Murchison Falls

A hike to the top of the Murchison Falls begins from the bottom and you go via designated trail about an hour’s experience. At the top of the falls, you will witness the bubbling waterfalls as it squeezes itself into a narrow gorge of about 7 meters before falling down to about 45 meters forming a permanent rainbow.

Karuma Falls in the northeastern part of Murchison Falls National Park, Chobe area is remarkably one of the outstanding tourist attractions worth exploring. It is an amazing spot for visitors to conduct sport fishing in Murchison Falls National Park. Karuma Falls are found in an area where the main route of Masindi to Gulu crosses the mighty River Nile which is approximately 110 kilometers northeast of Masindi Town and 70 kilometers south of Gulu Town. 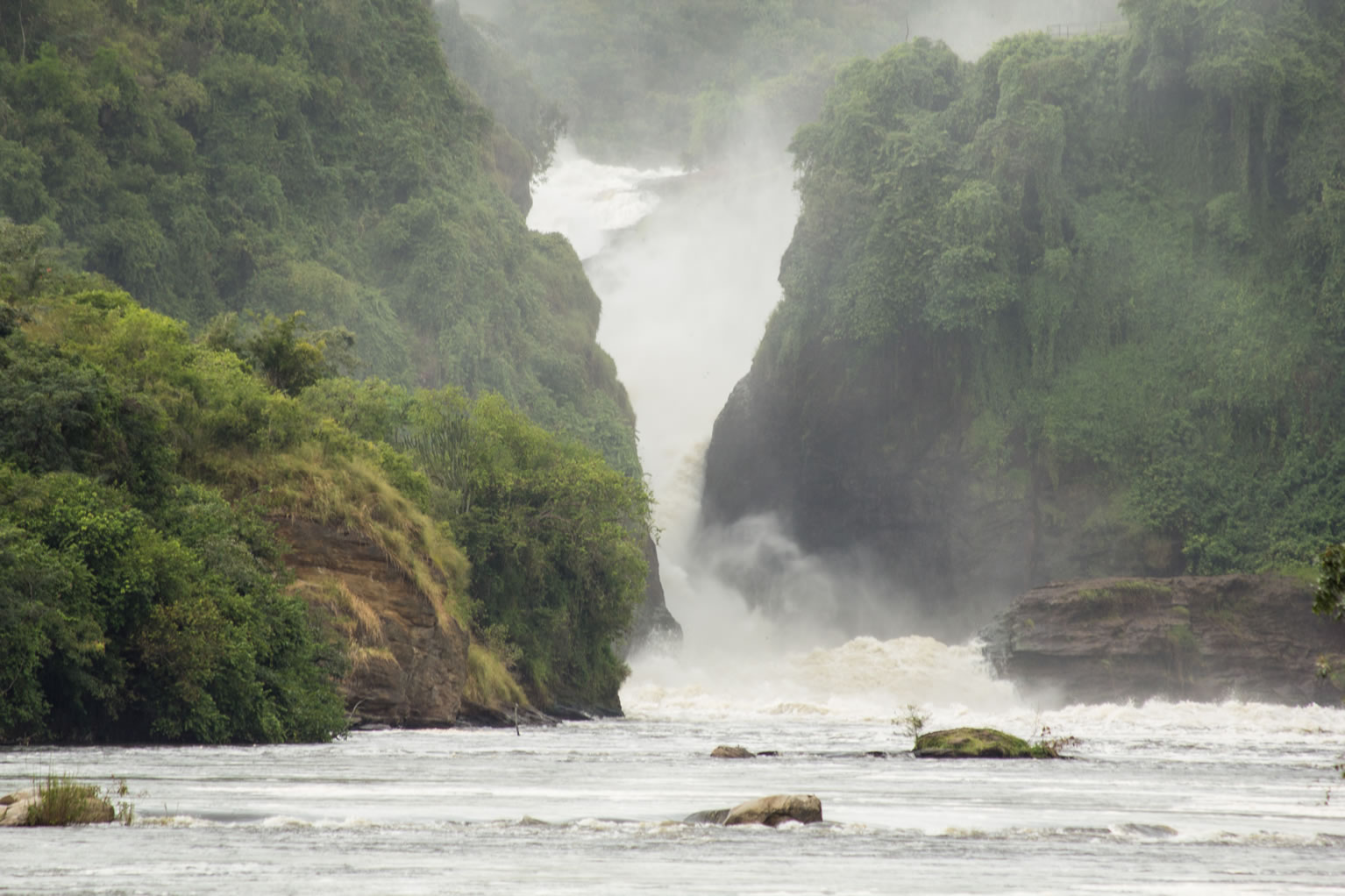 Where to stay in Murchison Falls National Park

Getting to Murchison Falls National Park

The main gates of Murchison Falls National Park include the Chobe gate in the northern section. It is reachable from Paraa and Karuma Falls-this is near Pakwach and it is approximately 2kms north of Karuma Bridge. The Wakar gate-which is 10kms away from the main road, Tangi gate which is 110kms off Kara Bridge, Mubako gate-reachable by crossing the Nile River from Karuma Falls Bridge through the Kampala-Pakwach route, Bugungu gate-135kms off Masindi Town and finally Kichumbanyobo gate-that takes you via Kaniyo Pabidi Forest from Masindi Town about 85kms.