Things to Do in Nashville: Not Just For Cowboys According To JustFly

Nashville, Tennessee is known as the home of country music. While they do have their Western game down, there is definitely more to this eclectic city. From diverse live music venues, to ice hockey, people looking to pass some time in Nashville can expect to get up to anything and everything in America’s country music capital. I spoke with JustFly, an online travel agency that is well versed in Southern manners, to get some ideas for what you can get up to in Nashville without dusting off those rhinestone suits and cowboy boots. 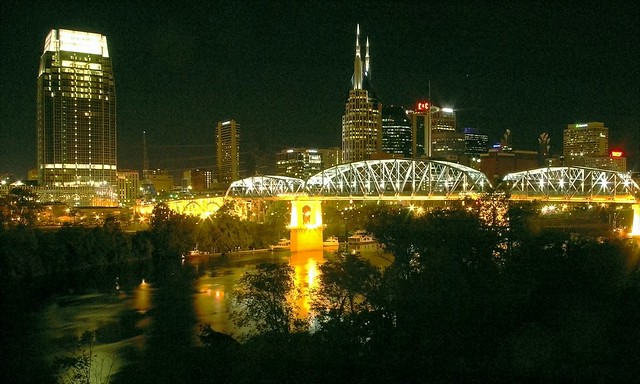 Top 3 Things to Do in Nashville

The Ramones, Tom Petty, The Police. Not a very country crowd if I do say so myself. These are just some of the bands that have passed through Exit/In, a venue in Nashville that simply doesn’t care about Nashville’s established country traditions. Located just West of the city’s downtown core, Exit/In opened in the 70’s, accommodating 200 music fans looking for something different. After an expansion in 1980, the capacity was raised to roughly 500 people according to JustFly’s review. A historical music venue near the level of notoriety of a joint like CBGBs, Exit/In is a place to experience music in a different way in America’s country capital.

Think of cowboys and athletics. First place the imagination takes you is the rodeo. The next logical tangent may be football. What you may not know is that Nashville’s large downtown arena is actually home to the National Hockey League’s Nashville Predators. Hockey may not be a traditional Southern state sport, but Nashville has embraced the Predators with open arms. This interest did not go unnoticed by the team’s parent league either, as it was chosen to host the 2016 NHL All Star Game this past January. The team has yet to win a Stanley Cup, but has iced a competitive team more often then not according to JustFly.

Every city has one of these districts, a place where art takes centre stage and creativity is the currency. East Nashville is only part of Nashville in name. It resembles more of a cottage town, with houses that look untouched over the last 30 years, small shops where the price of anything is a negotiation, and restaurants that get by on quirk. One such place is I Dream Of Weenie, a top notch hot dog shop selling to dogs for any appetite. If you are looking for a place that is all about hip art and music, East Nashville is the place to check out.

What are your favorite things to di in Nashville?

Learn more about ten of the best places to visit in Tennessee.