4 Of the Top Things to Do in Vienna for Children

A trip to Vienna doesn’t automatically make you think of child-friendly activities and locations. The city is famous more for Freud, vineyards, coffeehouses and classical music. The truth is, however, that Vienna has lots of things for children to see to see and do, and here’s just four. 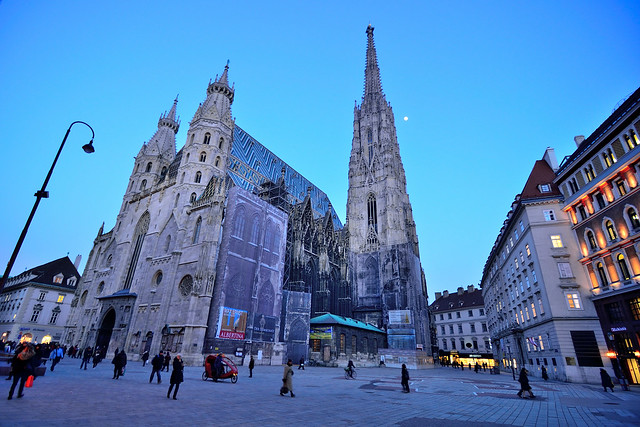 Things to Do in Vienna for Children

This modest-looking building in the centre of Vienna (the main entrance is on Seilerstätte, nearest underground station is Karlsplatz or Stephansplatz) actually contains 5,000sqm of interactive musical displays and discoveries. The five floors all have exhibits from famous composers (from all eras), scientific displays that explain how sound is created, and interactive screens for kids to make their own digital music. They might even get to conduct the Vienna Philharmonic Orchestra! Children and grown-ups will fall in love with this place – the next stage on your children’s musical education is to head to a real opera in Vienna!

The Prater Theme Park is just outside the centre of the city in Leopoldstadt and it’s the world’s oldest amusement park. Its origins are believed to date back to 1162AD and the site was donated to the people of Vienna in 1766. It’s free to get into the theme park, but the individual attractions and concessions charge different prices. If your children love fairground rides and you know they’ll want to try everything, you can save money by buying the Pratercard. Most rides cost between €1.50 and €5. The most impressive ride is the Prater Turm, the highest swing in the world. It’s 117 metres in height and can reach speeds of 60kmph. If you dare to open your eyes, you’ll be rewarded with some unforgettable views of the park and beyond.

This is the biggest indoor playground in the city and many kids say it was their favourite part of their trip to Vienna. It’s outside the city limits, at Gutheil-Schoder-Gasse 17, and can take a while to get there from the train station if you’re walking, but once you’re there it’s well worth it. The nearest underground station is Schopfwerk. You must remember to bring socks for the children – they’re on sale at the reception, but why pay extra?

This museum is next door to Schönbrunner Palace and so if your children aren’t bowled over by imperial excesses, take them here. It’s still got the imperial theme, but it’s aimed at littlies. Children can dress as princesses and princes, or kings and queens and sit on thrones. There’s old-fashioned toys to play with, as well as pretend tea parties at an impressive imperial table!

As everything has an imperial theme, the kids are actually learning about history as they have fun, so it’s painless! They’ll find out about the food, the construction of the palace and lots more. The only trouble will be getting them to leave.

The nearest underground station is U4, Schönbrunn Station and you’ll need to take either the number 10 or the number 58 tram from there.

Do you know of any other cool things to do in Vienna with kids?