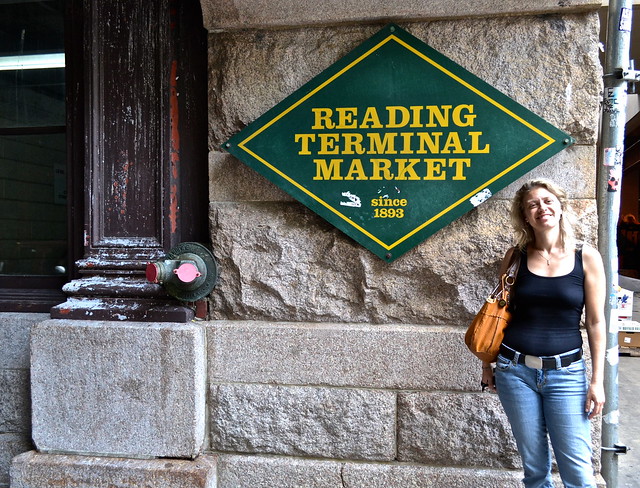 Markets must be the most fun whenever visiting a new city or town. This is where you can literally say the place is bursting with local flavors, people and fun.

The second we arrived to our hotel in the Historic District of Philly, the first question I asked, “Where can we get yummy local food?” Without a moment’s hesitation the concierge said: Reading Terminal Market.

Located on 12th and Arch Street, this market is booming. Before entering we had no idea what to expect and were beyond surprised to see all the fresh food vendors, famous Philly Cheesesteak food shops and hoagies as well. Plus a ton of other food options you can imagine. 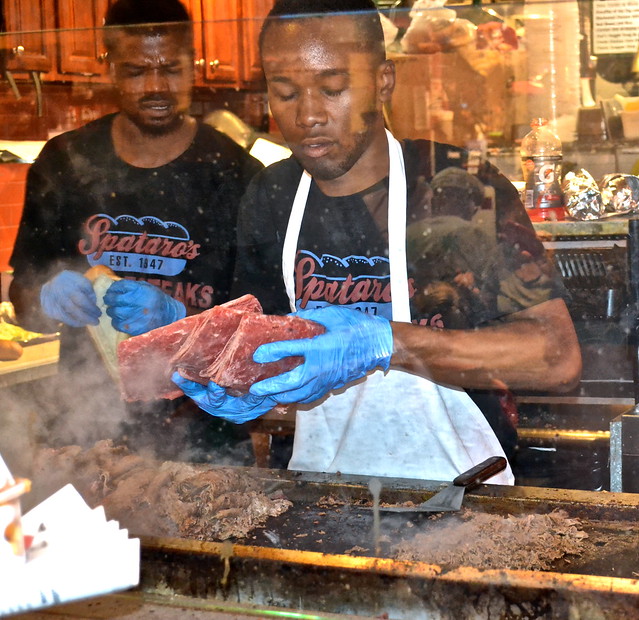 With Lancaster County being so close to Philly, tons of Amish fresh farm goods and diary products and all sorts of meats were at your finger tips. 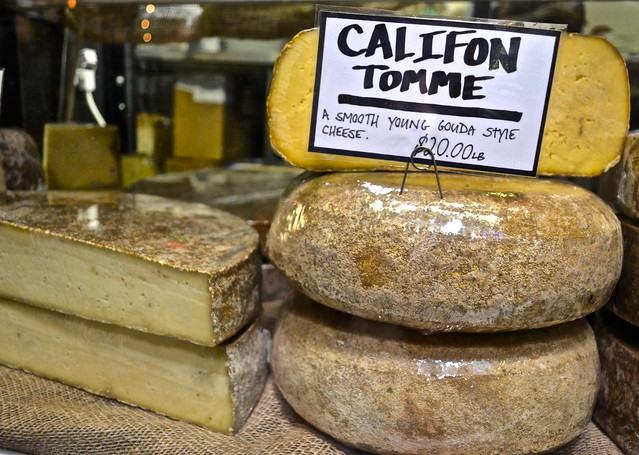 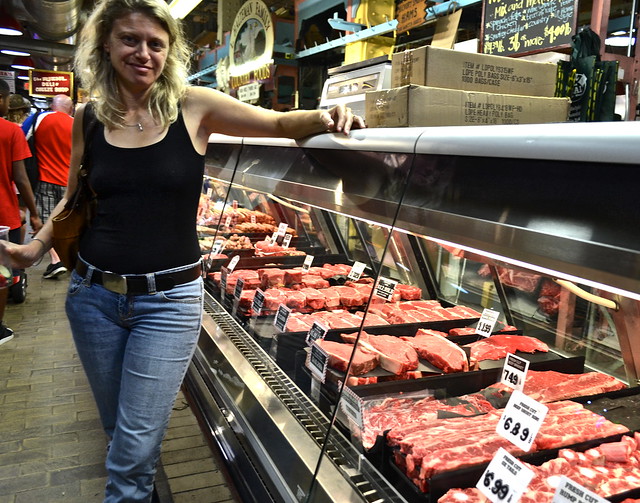 We enjoyed our first Hoagie lunch here while listening to the hustle and bustle all around us. 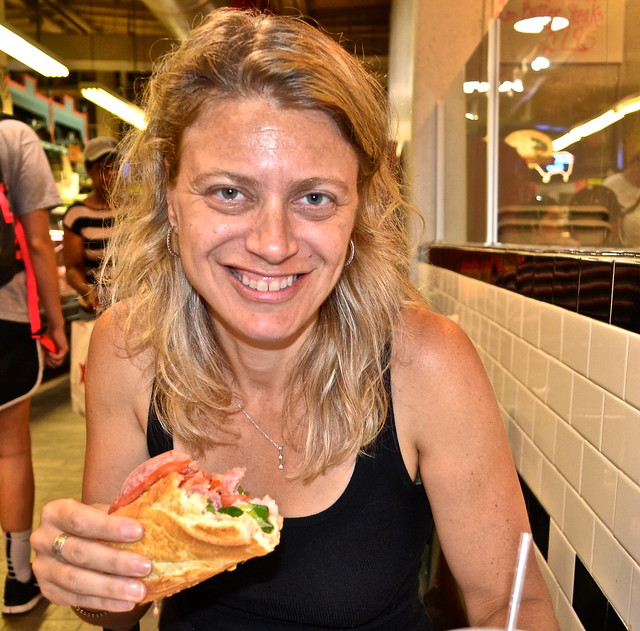 1680 Informal markets formed around Front and High (Market) Streets near where farmers and fisherman brought their goods from southern New Jersey.

1693 Local government agreed to have a formal market with a market head house located where Second Street crossed High Street.

1709 First permanent head house was built in the middle of Second and High Streets. Known as “Towne Hall” the building served as Pennsylvania’s capitol until 1735.

1741 On market days, Wednesday and Saturdays, iron chains were put up at sunrise to protect shoppers from the carts and carriages.

1745 New Market at Second and Pine Streets opened. The market house was added in 1804.

1822 City ordinance approved the rebuilding of the 1720s Jersey Market House on Market Street between Front and Second Streets.

1836 The Columbia-Philadelphia Railroad began laying streetcar tracks on High Street. Streetcars were not permitted to run on market days.

1837 City Commissioners voted to demolish the 1709 market house to make way for new market houses made of cast iron.

1859 Select and Common Councils of the City of Philadelphia directed the Commissioner of Markets to remove the outdoor market structures located on east Market Street and those located west of Broad Street.

1890 The Philadelphia and Reading Railroad Company consolidated its four Philadelphia terminals to build one large terminal in downtown Philadelphia. The Company purchased the 1110 block of Market Street.

1891 Construction began on the Reading Terminal after the Company agreed to build a market underneath the new railroad station.

1930 Merchants organized the Reading Terminal Market Merchants’ Association to stem the loss of business from the City’s new parking regulations and the downturn in the economy. Merchants offered customers free nearby parking.

1971 Reading Company declared bankruptcy and no longer invested in the upkeep of the market.

1976 The Reading Company leased the Market to a real estate speculator 15 years. He raised rents driving out 30 of the 56 remaining merchants.

1979 Reading Terminal Market was only 20% occupied.

1980 The Reading Company emerged from bankruptcy, bought out the lease, and began to invest in the market.

1983 The market was 60% occupied and had become a center for charitable and seasonable food events and impromptu piano concerts.

1985 The new Market East Station with rail and subway services connecting all major transportation lines opened underneath the market.

1988 Supporters of the market organized The Reading Terminal Market Preservation Fund to ensure that the market retained its character as the convention center project developed.

1993 The adjacent Pennsylvania Convention Center opened and brought new customers to the market.

2000 The Reading Terminal Market was 100% occupied, a result of growth in downtown residential population and tourism.

Marina Kuperman Villatoro CEO of TravelExperta.com, a travel resource site to inspire families to travel with kids of all ages. Marina has been an expat 20+ years in Central America raising 2 boys in a multicultural, trilingual household. She travels all over the world with her family to give first hand experiences of where to eat, stay and play with kids. Needless to say, it’s never boring! Join Marina on Facebook and Twitter for more unique and boutique family travel!
View all posts by Marina Villatoro →
This entry was posted in Attraction Reviews, Food, Local Eats, Markets around the world, Pennsylvania, Philadelphia, Restaurant Review, Romantic Getaways, United States. Bookmark the permalink.