Philadelphia Bike Share – The Best Way to Get Around 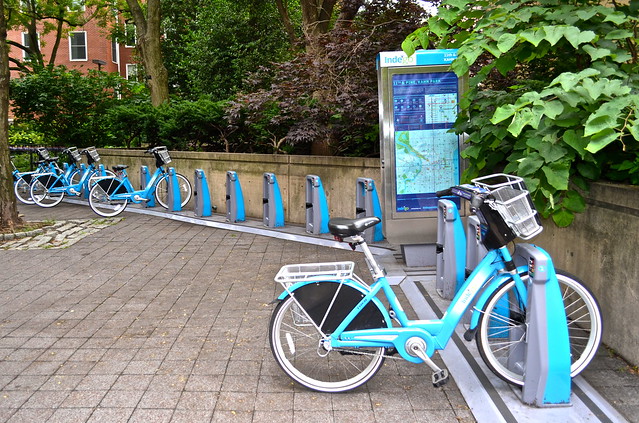 If asked, I can think of a hundred benefits of have a romantic getaway. Aside from having adult conversations, enjoying a meal and drinks, watching movies without being interrupted a hundred times, making sure to hit a pool during some part of each day, I would have to say renting bikes and exploring aimlessly is one of absolute top things to do with my hubby.

Don’t get me wrong, we’ve done amazing bike tours with the kids too. But you always have to think about the kids getting tired, restless or hungry at any inappropriate moment which can easily result in a full-on meltdown.

After walking around Philly for a couple of days we noticed an cool Bike Share program run by Indego throughout most of the city. Great weather, plenty of time to explore, we hopped on and took off. 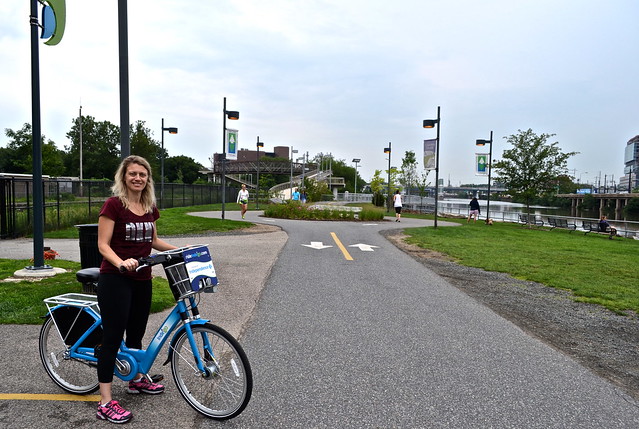 Apparently, when we arrived to Philly in July 2015, the program was only about one month old. In other words, the bikes were totally new. There were plenty of stations for us to choose from, all walking distance from our hotel in Historic District of Philadelphia.

The way the program works, if you are not living there and don’t buy the monthly pass, which is super affordable, is that you can rent the bikes by the half hour.

For every half hour it’s $4 and it just adds up the time as you go.

You can also stop and go. For example, if you want to take the bike out and head to a museum, which most have stations, that works great. 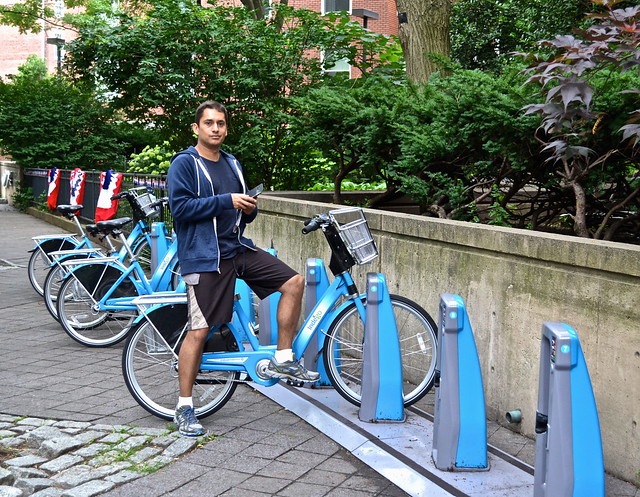 We did that for the Rocky Museum, really known as: Philadelphia Museum of Art.

The ride from Historic District to the museum is about 15 minutes or more, depending if you want to take a slower way. And once you get here, just pop it back into the station area, that’s when the clock stops ticking. Have fun posing as Rocky, or do the real deal and actually go inside, which we didn’t do. 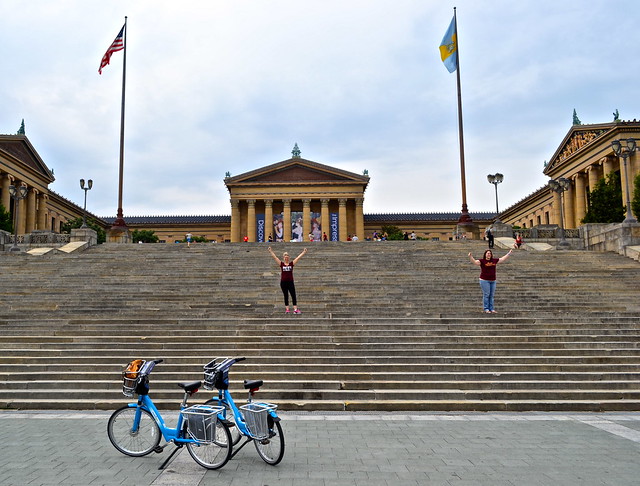 Then get back on the bike. You’ll have to start the payment all over again.

This can be done for many attractions of the city. 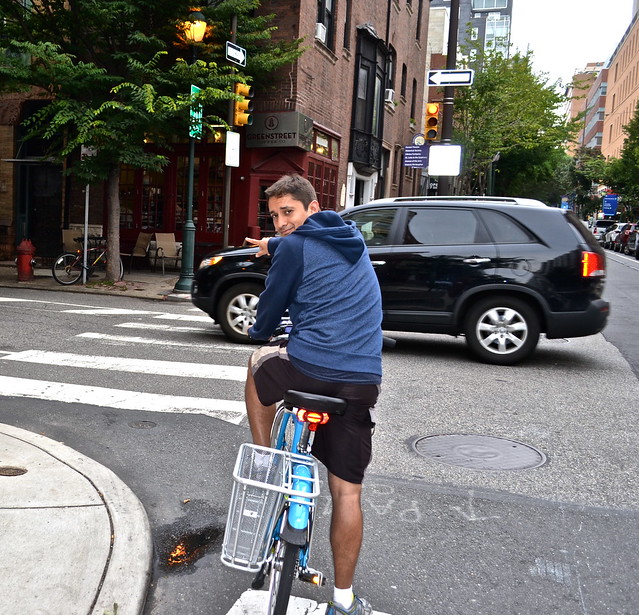 We were truly impressed with the well done bike lanes in most of the city. Since this is relatively new, the bike lanes will be expanding. But for now, it was really easy to get around. Even in the areas where there were no lanes. Not as safe, though.

The routes take you all the way up to Fairmont Park, which is a humongous park running along Schuylkil River. 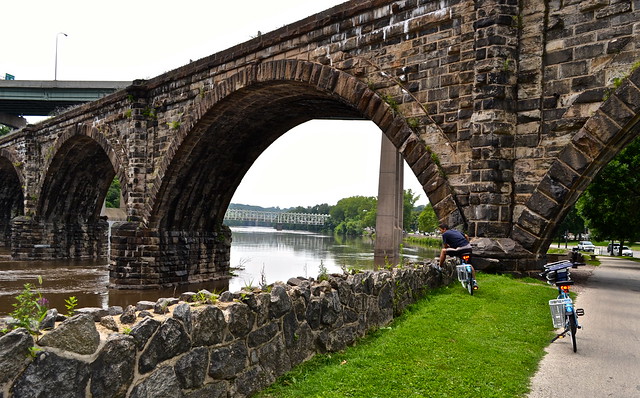 Just the park area itself took us almost one hour. I would even go as far as to say, if you do this, bring some picnic food, easily to fit in the carriage of the bike, and enjoy downtime here.

The park is massive, with plenty to stop and see. And is a great place to enjoy nature inside a booming city.

At the end of the day, we took the bikes out for over five hours and it was one of our absolute best highlights while visiting Philly.

Marina Kuperman Villatoro CEO of TravelExperta.com, a travel resource site to inspire families to travel with kids of all ages. Marina has been an expat 20+ years in Central America raising 2 boys in a multicultural, trilingual household. She travels all over the world with her family to give first hand experiences of where to eat, stay and play with kids. Needless to say, it’s never boring! Join Marina on Facebook and Twitter for more unique and boutique family travel!
View all posts by Marina Villatoro →
This entry was posted in Attraction Reviews, Biking, Pennsylvania, Philadelphia, Review, Romantic Getaways, United States. Bookmark the permalink.