Sandwiches and Entertainment All in One Famous Spot – Carnegie Deli NYC

Did you know that I lived in NYC for four years before I took off on my travel adventure that led me to my inevitable life as an expat? I did. And I have to confess that in all those years I never visited Carnegie Deli. I passed it hundreds of times. I always peaked inside. But I never entered because I was going through a vegetarian phase of my life. I don’t regret that stage, but have to say I’m grateful it is over and I can fully enjoy what this famous NYC restaurant has to offer.

If you’re looking for a true NYC, local experience (as local as you can get in this city) then you CANNOT MISS eating at Carnegie Deli! 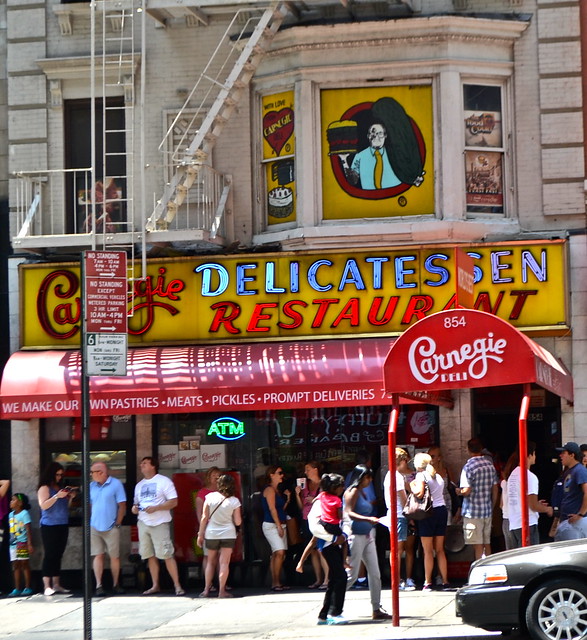 1. Entrance – I have a feeling that no matter what time of the day or time of the year you will visit, you will most likely have to wait in line. It’s not a long wait. But it’s certainly one worth waiting.

2. Getting seated – Once inside you will have to wait to be seated. All the while you are drooling from the aromas and the insane deli counter filled with all sorts of yumminess.

This is also where you get the first look at the visitors hall of fame. It looks like every single celebrity of all caliber of stardom has visited this place in the past 70 years. 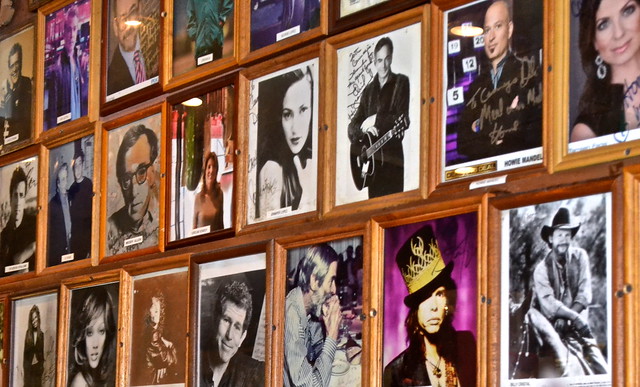 3. Meeting our waiter – obviously every customer is going to have a different waiter, but Wayne, our guy has been working here for over 15 years. He was super entertaining, a Carnegie Deli and NYC walking encyclopedia, and a great guy all around. I can bet the farm that the other waiters are probably as much fun, since I think working here allows you to be your creative self no matter what role you take on. 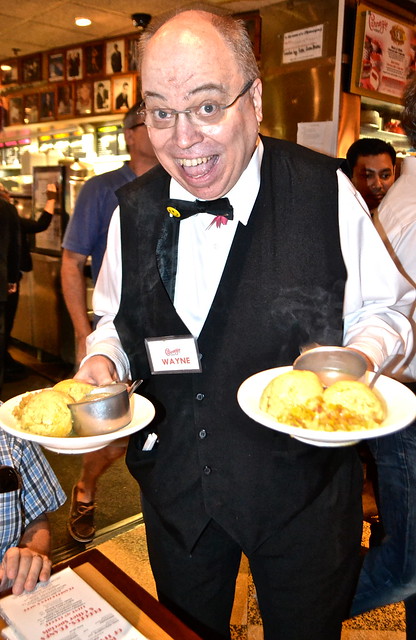 4. Starters – How can you come to a deli and not get pickles? OMG they have so many to choose from and they are all done homemade just for the deli. You can’t get these anywhere else. 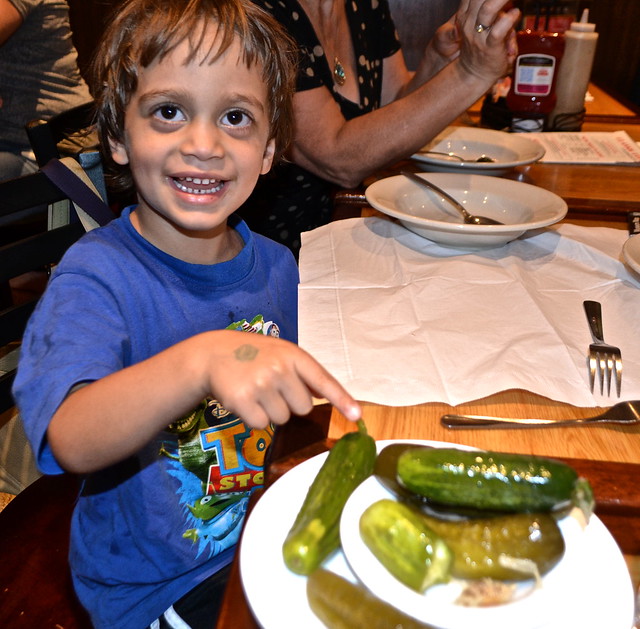 5.  Matzah Ball Soup – this is the other MUST HAVE at any deli. However, these have got to be the absolute best ones I’ve ever tasted in my life. And growing up in NY and being a Jew, Matzah Ball Soup is something that I have eaten plenty. But none have ever compared to this one. Secretly, I was super grateful when my son couldn’t finish his and I got to eat it all. 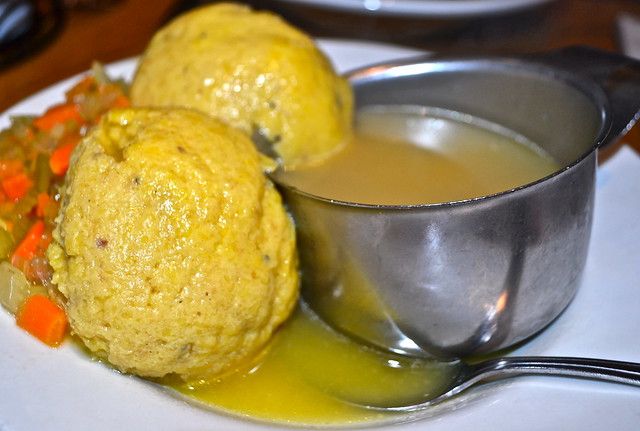 6. Latkes – I love potato latkes. I never get to indulge in these where we live, so we splurged on these.  And with extra sour cream. 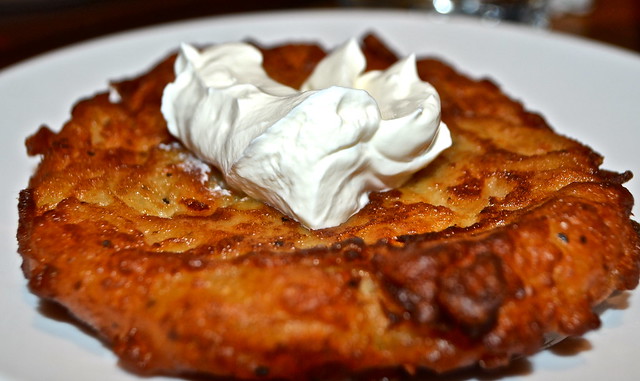 7. Knishes – this is another one of my absolute favorites. I can eat these all day. 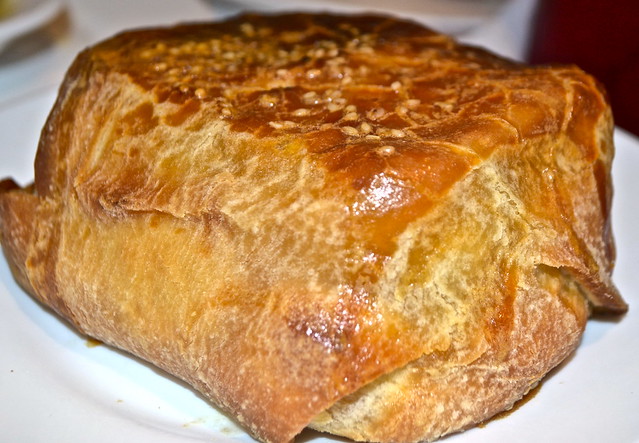 8. Plenty of kids options – I don’t know about your kids, but my kids like the conventional sandwiches. My oldest wanted the NY style hot dog. 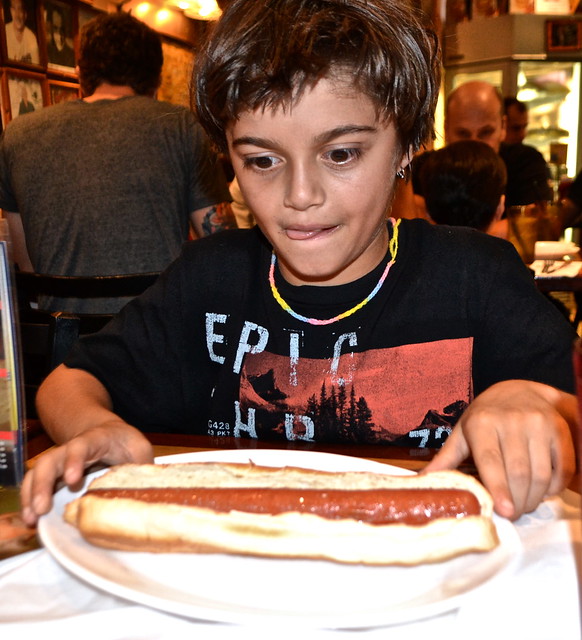 My baby went for the grill cheese. Little did he know it was three layers and he ate more than he ever did at one meal. Which made me one happy momma. 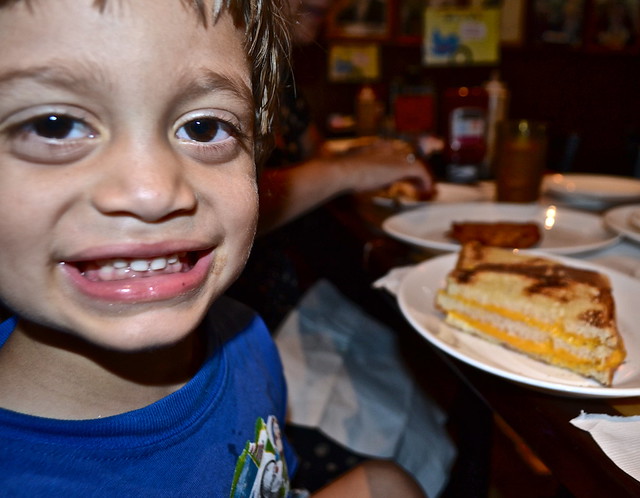 9. Sandwich time – we got the most popular sandwiches that the Deli offers. But there are so many to choose from. Woody Allen has left his mark in many places, and this deli is no exception. We had the Woody Allen Sandwich with Carnegie Deli’s famous Pastrami that they cure at their own factory for 13 days, as in comparison to most places that only do it for three days. And look at THE SIZE OF THIS SANDWICH. 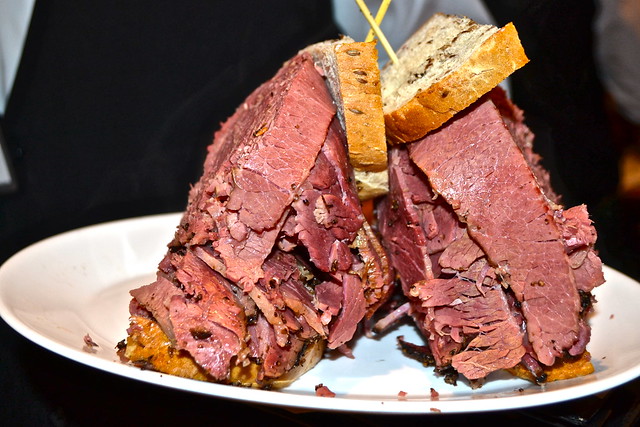 And if we thought the Woody Allen sandwich was huge, it has nothing on the famous Reuben Sandwich smothered in cheese and you can add Russian dressing on top of it. 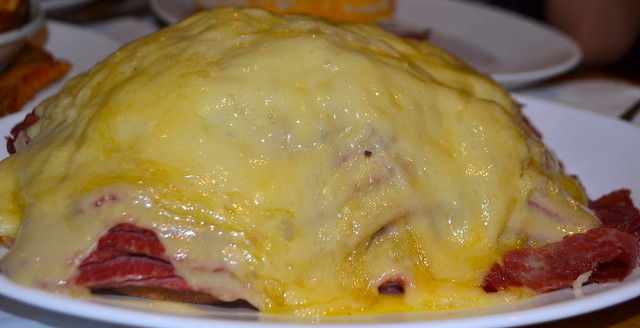 10. Cakes, Cakes and more Cakes – If you thought Carnegie Deli is only known for their sandwiches, pickles and Matzah Ball Soup you are dead wrong. They are actually world famous for their freshly baked cakes and cheesecakes as well. 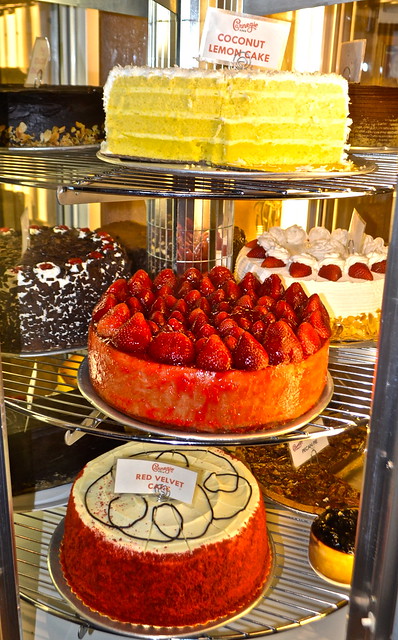 I would take this deli experience over a fancy – schmancy NYC restaurant any day of the week. The food here was phenomenal. The kids had plenty to choose from. And we were full until the next day.

A couple of things I would highly recommend:

1. Come with an (extra) empty stomach – as you can see you will not only be full but you will pop your buttons from the huge portions and deliciousness.

2. Choose your food wisely – We got a lot of starters, if you are here for the sandwiches, which all resemble little mountains, you might want to get one starter and either share a sandwich or know you will be taking some home.

3. Leave room for the dessert – like I mentioned above, the cheesecakes (their main dessert specialities) are baked on premises. They are fresh, creamy and delicious. So find that extra tiny spot in your belly to fit it in. 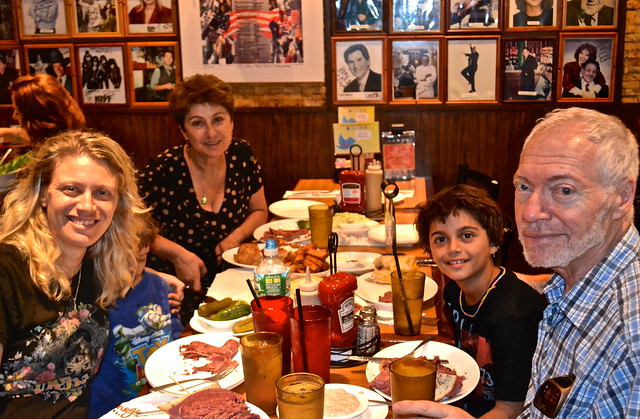 Marina Kuperman Villatoro CEO of TravelExperta.com, a travel resource site to inspire families to travel with kids of all ages. Marina has been an expat 20+ years in Central America raising 2 boys in a multicultural, trilingual household. She travels all over the world with her family to give first hand experiences of where to eat, stay and play with kids. Needless to say, it’s never boring! Join Marina on Facebook and Twitter for more unique and boutique family travel!
View all posts by Marina Villatoro →
This entry was posted in Family Travel, Food, Local Eats, New York, New York City, New York Restaurants, Restaurant Review, Review, United States, United States Restaurants. Bookmark the permalink.