Weeki Wachee National State Park came on my radar when I was planning a trip through Northern Florida as a place to stop and see real mermaids swim. Wait – what? Mermaids? That was my reaction when I first heard about it. And after that all I wanted was to see the Weeki Wachee Mermaid Show.

Weeki Wachee is a magical place. The mermaids have been swimming in these waters for over 60 years. We were extremely lucky to visit when the ‘Former’ mermaids all between their 50’s and 60’s, who have long retired, come once per month (voluntarily) and do a show. They start by introducing themselves and their absolute love and deep camaraderie with each other is so evident and so amazing. 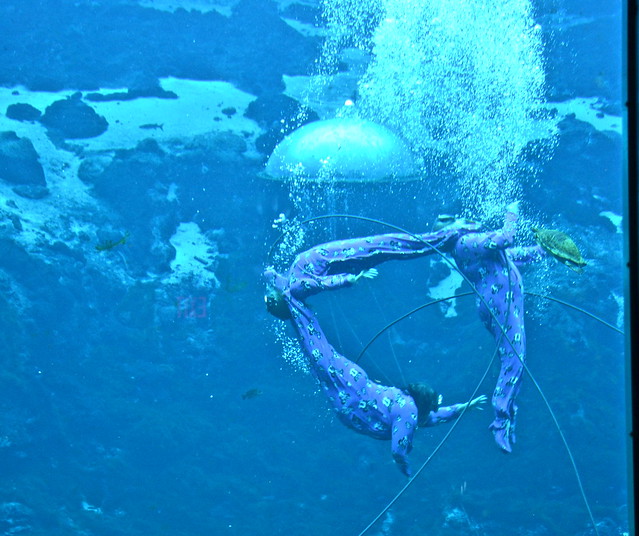 You can tell how grateful they are to have been part of this park, and what they say is that Weeki Wachee Springs is their own personal Fountain of Youth. And judging by the way they look and act and perform, I’m almost compelled to get in there myself. 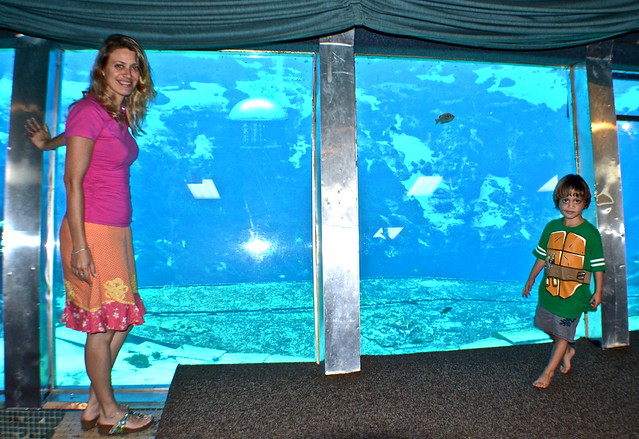 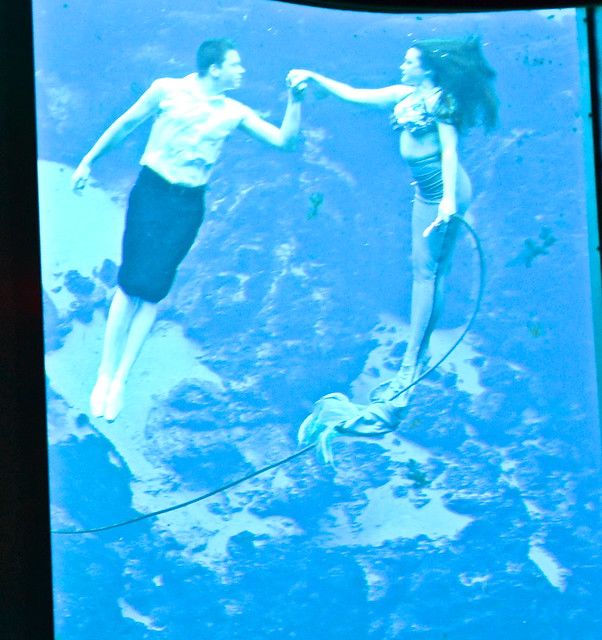 When doing my research on this totally unique park my excitement grew and grew. When planning I devoted a full day for the park. With kids it’s always a good idea to focus on one activity at a time.

In reality, I also thought the park was much bigger than it was.  To their credit, we were there during December and couldn’t enjoy Buccaneer Bay, which is the water park due to being closed. Without the water park, you can do the whole park within three hours (depending on how many mermaid shows you want to see).

What To Do On Your Weeki Wachee Trip

The main attraction, of course, are the Weeki Wachee mermaids. They have multiple shows during the weekdays and more on weekends. (Below is a schedule of times and shows). 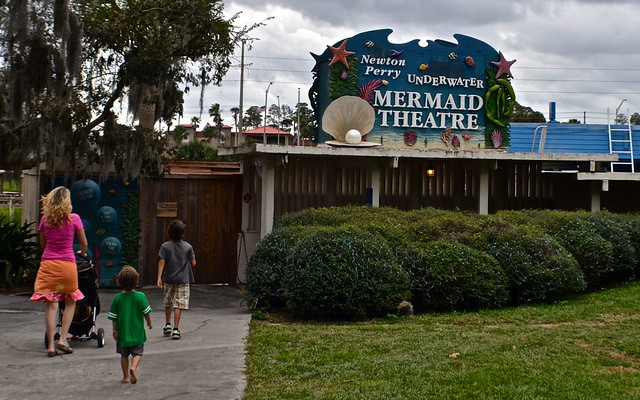 However, besides the mermaid show, you can enjoy a fun playground. This is where we spent the majority of the time while we waited for the shows. 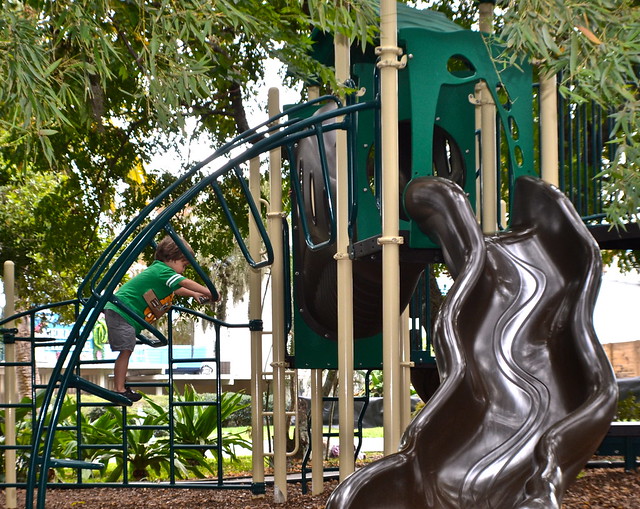 And also the River cruise, which is a twenty minute boat ride on the crystal clear spring. The guide offers interesting information about the area, the springs and the wildlife of the area. (You must go to the dock to find out the times of departure – they have several throughout the day).

Plus, a fun animal show. (Also schedule below for different times). 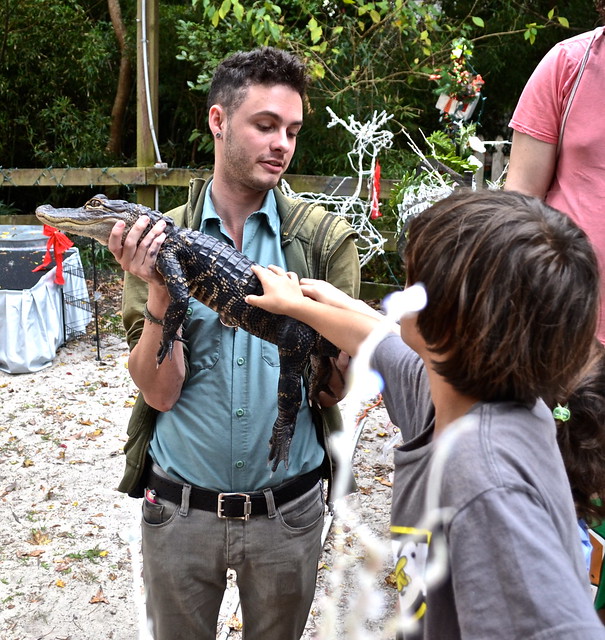 Truthfully, this is the reason you come to the park. They have multiple shows during the day, and if you can, enjoy as many as possible. As for us, I knew that most likely we won’t be returning so I wanted to see what we could. 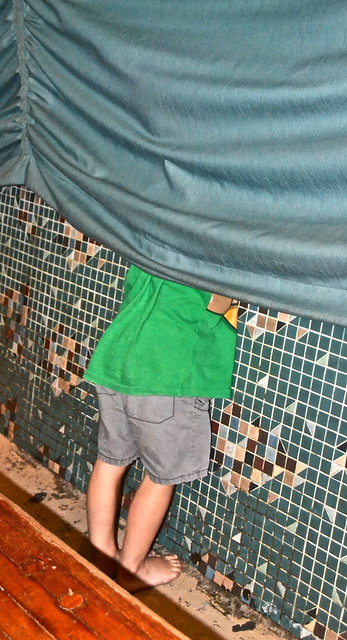 My Son Waiting for the Mermaids

We were able to catch two shows. The first one was of the Former Mermaids. It was so impressive to see these 50’s and 60’s year old ladies doing acts that most 30 year olds would have trouble performing.

Then we saw the performance of ‘The Little Mermaid’. This was performed by the newest mermaid class. 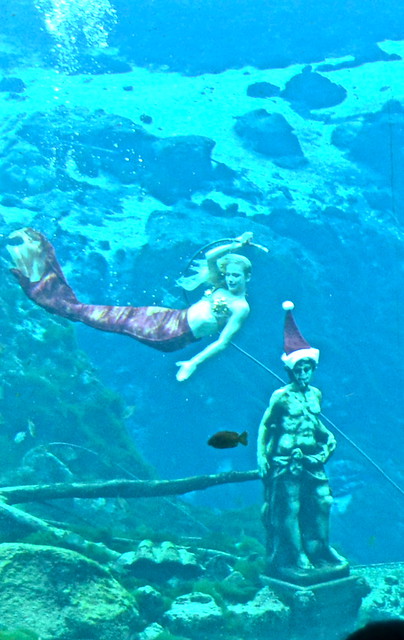 They even take it outside the springs and on to the main stage. 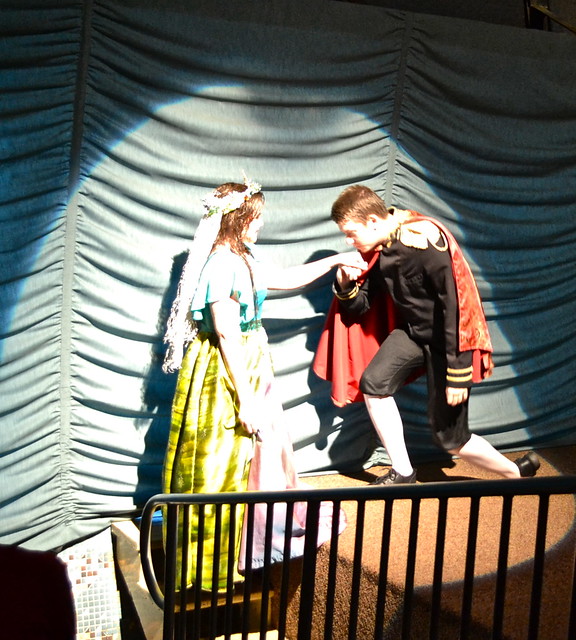 Observation – Being a female I was extremely excited to visit the park. But once we arrived I noticed that 90% of the families were mainly with little girls. My kids, two young boys, still trust their mommy to show them a good time. But my husband wasn’t too thrilled to be one of the only males in the audience. Even the families were mainly comprised of mamas and grandmas with the little girls.

Personally, I think this is a place for everyone. But I can definitely see why this would be more of a draw for girls.

Marina Kuperman Villatoro CEO of TravelExperta.com, a travel resource site to inspire families to travel with kids of all ages. Marina has been an expat 20+ years in Central America raising 2 boys in a multicultural, trilingual household. She travels all over the world with her family to give first hand experiences of where to eat, stay and play with kids. Needless to say, it’s never boring! Join Marina on Facebook and Twitter for more unique and boutique family travel!
View all posts by Marina Villatoro →
This entry was posted in Attraction Reviews, Central Florida, Family Travel, Florida, Florida Attractions, Nature Coast, Review, United States, weeki wachee. Bookmark the permalink.

2 Responses to Who Wants to See the Weeki Wachee Mermaid Show?